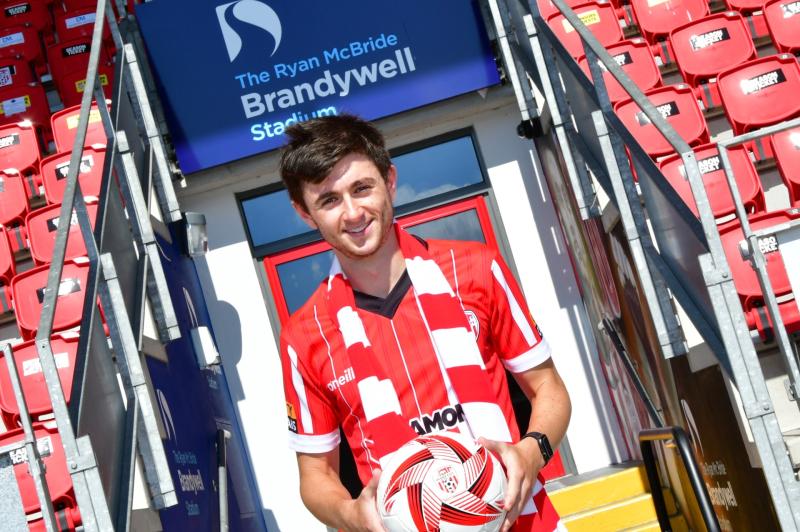 The new signings just keep coming at Derry City as the club have announced midfielder Declan Glass on loan from Dundee United until the end of the season.

Just hours after bringing in striker Cian Kavanagh from Waterford, Ruaidhri Higgins has added to his midfield options with the addition of the 22-year-old Scot.

“He’s a real talent,” the City boss said. “He’s someone who will excite people when he gets on the ball. He’s always looking to hurt the opposition. He’s the type of player I like and I think our supporters will buy into. He has got fantastic ability, two feet, he can go buy people and finish and he can score goals from distance.

“We want him to come here and enjoy his football because that’s when he will be at his best. It’s probably been a difficult time for him because he has been in and around the fringes of the Dundee United team but he was very keen to come here as well which is pleasing. We have done a good deal with Dundee United; they are happy for hi to come here and see us as the right club to help his development.”

It is the second signing from Dundee United in the space of 24 hours following the arrival of defender Mark Connolly, but Higgins has admitted that the club have been well aware of Glass for some time.

“To be fair to Rennie, he was the one who brought him to my attention back in pre-season,” he explained. “We’ve watched a lot of him and constantly had conversations about him, and we’re glad to have him in.

“Matty (Smith) moving to Shelbourne on loan has allowed us to pursue different attacking options and different variety and different types. We’re delighted with what we’ve done; we’ve a lot more depth now in terms of numbers in attacking areas so we’re happy with that.”