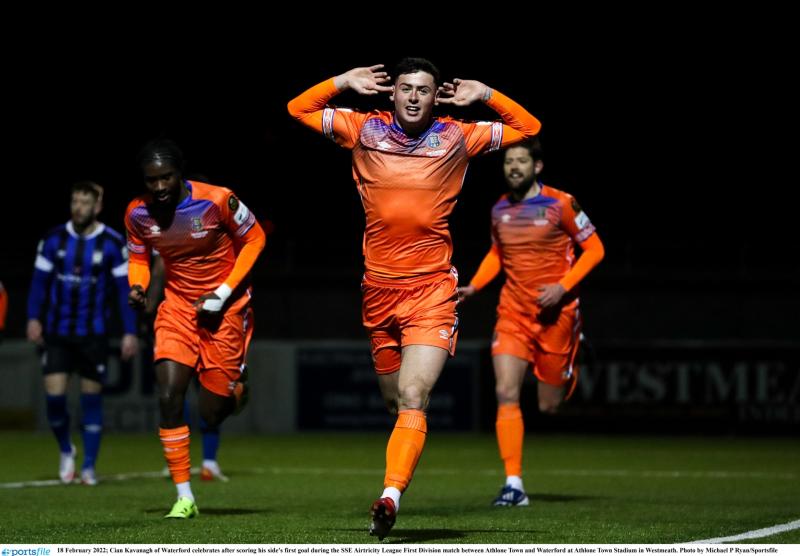 Cian Kavanagh has joined Derry City on loan until the end of the season.

The 19-year-old comes to the Brandywell with a big reputation and manager Ruaidhri Higgins is hoping he can reach his potential with Derry City.

“He’s the type of centre-forward we were looking for,” he said. “He’s got brilliant physical attributes, he’s only 19, but it’s a great opportunity for him first and foremost to come here and show people what he’s capable of. He has a lot of work to do, don’t get me wrong, but he needs to come here and apply himself and buy into what we’re trying to do, and if he does that, he has got a good chance because of his attributes.”

“He will get opportunities here of course,” Higgins continued. “He gives us a different dynamic; he’s 6ft 1’, he’s mobile, aggressive, he attacks the ball and he’s the type we were on the look-out for. As I said, there’s a lot of work to be done with him, but it’s an exciting one because you see the potential and you want to help him become the player he can be, but again, that’s up to him.”