Two and a half year deal for former Longford Town winger 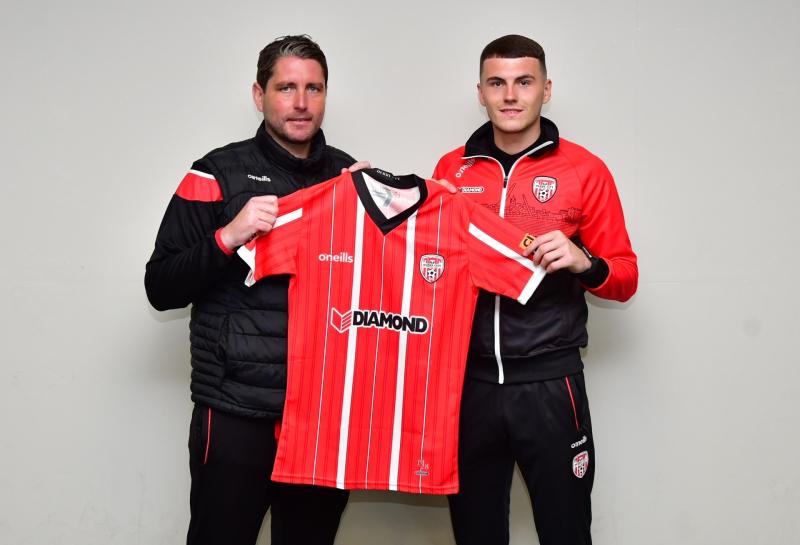 Derry City have signed talented winger Ryan Graydown from Longford Town on a two and a half year deal.

The former Bohemians, Bray Wanderers and Longford Town player was unveiled today and is eligible to play in this Thursday's Europa Conference League Qualifying game against FC Riga.

“Ryan’s a good player,” Ruaidhri Higgins said. “He someone we actually spoke about last summer as well in the off-season and he’s actually kicked on this season and he’s in really good form at the minute. He’s ready to hit the ground running; it’s not as if he needs to get up to speed which is really important. I think he’s the type of player who will give us a different dimension and I’m looking forward to working with him.”

The player himself can't wait to get started.

"Derry are a massive club and obviously I was excited to get the call from Ruaidhri and meet him and Renny. I didn’t need long to make my decision, so I’m just delighted that I’m here now, and get the deal done and get everything over the line. I’m eligible for Europe on Thursday as well, so hopefully I get to play a part in it.

"They are third in the league and they are going to be up there at the end of the year so it’s a big few months ahead. I’m just looking forward to getting in and hopefully playing a part in the club’s success.

"It’s obviously good to go into a club that’s up there challenging for titles and being in Europe now and fighting for Europe next year so it’s exciting times ahead and I’m ready for it. I’m obviously excited, but I wouldn’t say I’m nervous so I’m ready and just buzzing to get going."