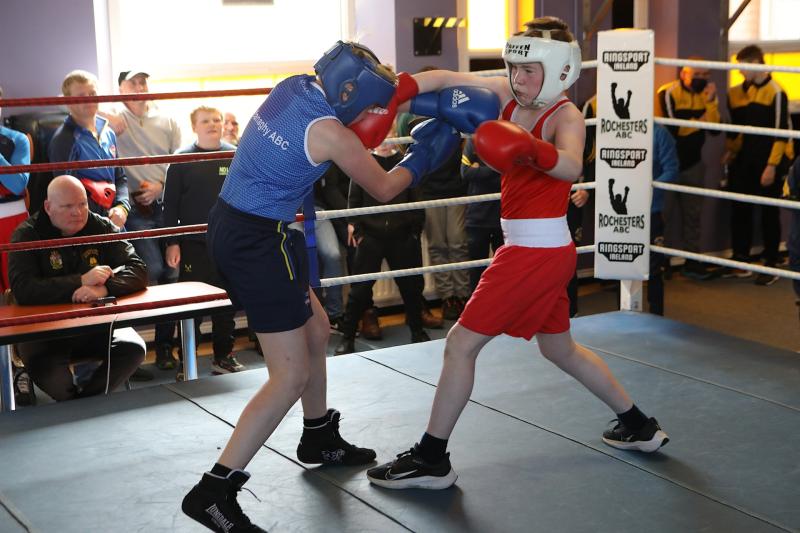 The best in local talent will take to the ring in the Maldron Hotel tomorrow night for the first County Derry Board boxing promotion in the city in over two years.

There will be 14 top class bouts featuring some of the most recognisable talent in Derry, many of whom are hoping to make their mark as they aim to win a place at the European Cadet Championships this summer.

Doors open at 7:15pm with the first bout taking place at 8pm, and County Board Chairman Eugene O’Kane says it is an event not to be missed.

“This is actually the first tournament in two years because of the pandemic,” he explained. “Although the pandemic was a devastating blow to the contact sports, our boxers are all back now.

It’s brilliant that it is back. There have been some championships in Dublin featuring a number of boxers from Oakleaf and other clubs in Derry and there were boxers in the 9-County Championships in Belfast just last weekend. There were quite a few who won over the last two weekends in Corpus Christi in Belfast but there are too many to name.”

Having lost two years of action, it is all about making up for lost time for local talent who have already impressed in tournaments nationally this year. The European Cadet Championships is now very much in their sights.

“Most of the elite boxers are on this show and this could be the last chance for some because they are going to the Cadet Championships in the second week in June hopefully to qualify for the European Cadet Championships,” Eugene continued.

“Unfortunately, we only had one Irish champion in Dublin this year in Adam McIvor. He was the star boxer this year from Oakleaf as he won the 70-kilo All-Ireland Championship. He is a very big prospect.

“There is also a lad called Sean Devenney from Oakleaf who is an excellent prospect. There are quite a few prospects actually, like Tiarnan Glennon from St. Joseph’s and young Fionn Duffy doing very, very well indeed, and hopefully these boxers will be fighting in Dublin in the second weekend in June and hopefully that will get them to the European Championships in the summer.”

Doors open at 7:15pm, with the first bout taking place at 8pm sharp.

Tickets are priced at £8 and £5 and everyone is welcome.