Sad day for the Candystripes as lifelong fan and volunteer dies 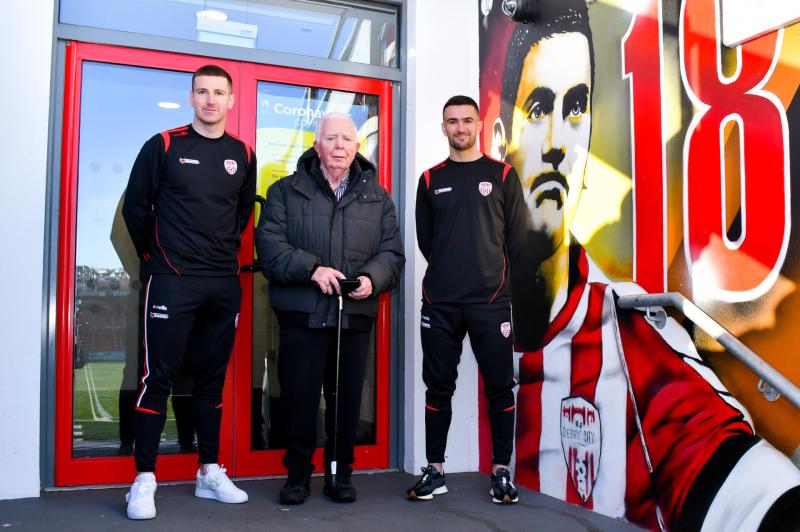 Derry City FC has paid tribute to lifelong fan and volunteer Edgar McCormick who sadly passed away this morning.

One of the foundations upon which Derry City was built, Edgar operated as a volunteer at the club for over 50 years and worked tirelessly for the club throughout that time as a Development Committee member, a Director, a Friends of Derry City member, and on the club's lottery, monthly draw, and many fundraising committees.

A former member of Du Pont Supporters’ Club, Edgar served on the Board of Directors at the club in the 1990s and followed Derry City home and away.

“Edgar was a great friend of mines and a great friend of the club. He had a hand in everything at Derry City and was always very pro-active. Right up until Covid, he was working hard at arranging fundraising events such as the golf tournaments. He was always there to do whatever he could. He followed Derry City his whole life and it is a big, big loss, not only to his wife Bridie, but to everyone who knew him at the club. He will be sorely, sorely missed.”