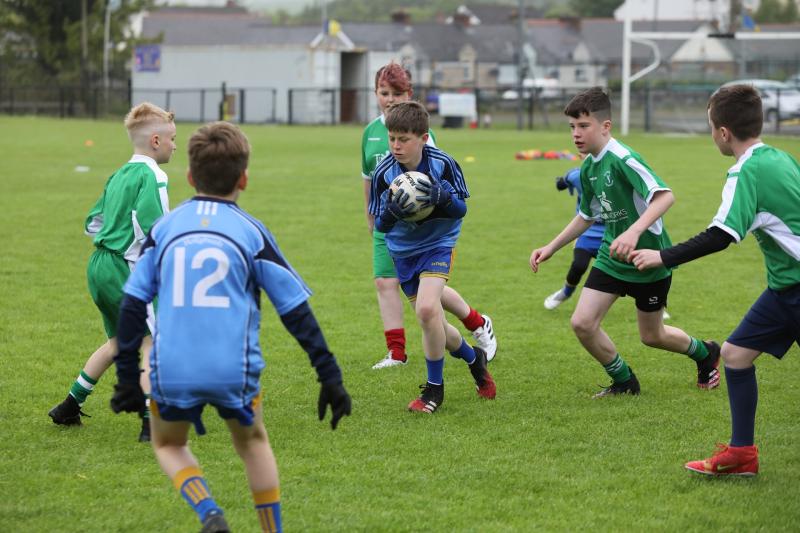 Primary school children city-wide have begun what has been described as a ‘month long celebration of gaelic’ with games at Steelstown, Doire Colmcille, Doire Trasna and Sean Dolan’s this past weekend.

After two barren years due to Covid, the very popular Primary Schools’ Cup competitions returned on Friday past, with hundreds of local schoolchildren participating in a feast of gaelic games.

Neil Forester, Games Promotion Officer for Steelstown, was there early on Friday morning to ensure everything was in place for a successful day, at the end of which Hollybush PS celebrated their first cup win since 2017.

“For the kids more than anything, to get an opportunity to play at the club cups and the primary schools’ games are really important,” Forester explained. “We’re trying to make it a really big occasion in the calendar for the kids so it’s something that they really look forward to at the end of the year, playing gaelic football. It’s a joy to get back at it and see the kids back on the pitch playing gaelic.

It feels like a month- long celebration because it starts with the boys’ championship, then the girls get their own championship next week within the clubs and the best teams go on to represent Derry city, and they even have an All-County Championship for North Derry at the end of all that, so you have maybe four and possibly five weeks of things go well for these kids.”

In the week building up to ‘The Steelstown Cup’ competition at Pairc Bhrid, the club posted pictures of some of their All-Ireland champions, who fascinatingly began their journey to Croke Park by playing in the same competition just a few years ago. That simple act shows these kids that dreams can come true.

“Whenever I first started with the Steelstown Cup it was in 2013, and I think Cahir (McMonagle), Adam (Harrigan) and Donncha (Gilmore) played in the very first one,” Forester explained.

“You don’t think back then that ‘oh they are good players, they have some good skills’, and then these boys reach Croke Park and take the club to a whole new level, but that’s the beauty of it. Let’s give these kids a chance to play and see what happens.

“The programme has been going for quite a while and the All-Ireland is the big reward at the end of it because a lot of work has been going on for a long time in Derry city. It’s nice to reflect back and see that this has been a project that has bene in the making for quite a few years, so it’s satisfying to look back and see the long hair and the chubby cheeks now that they are lifting trophies in Croke Park.” 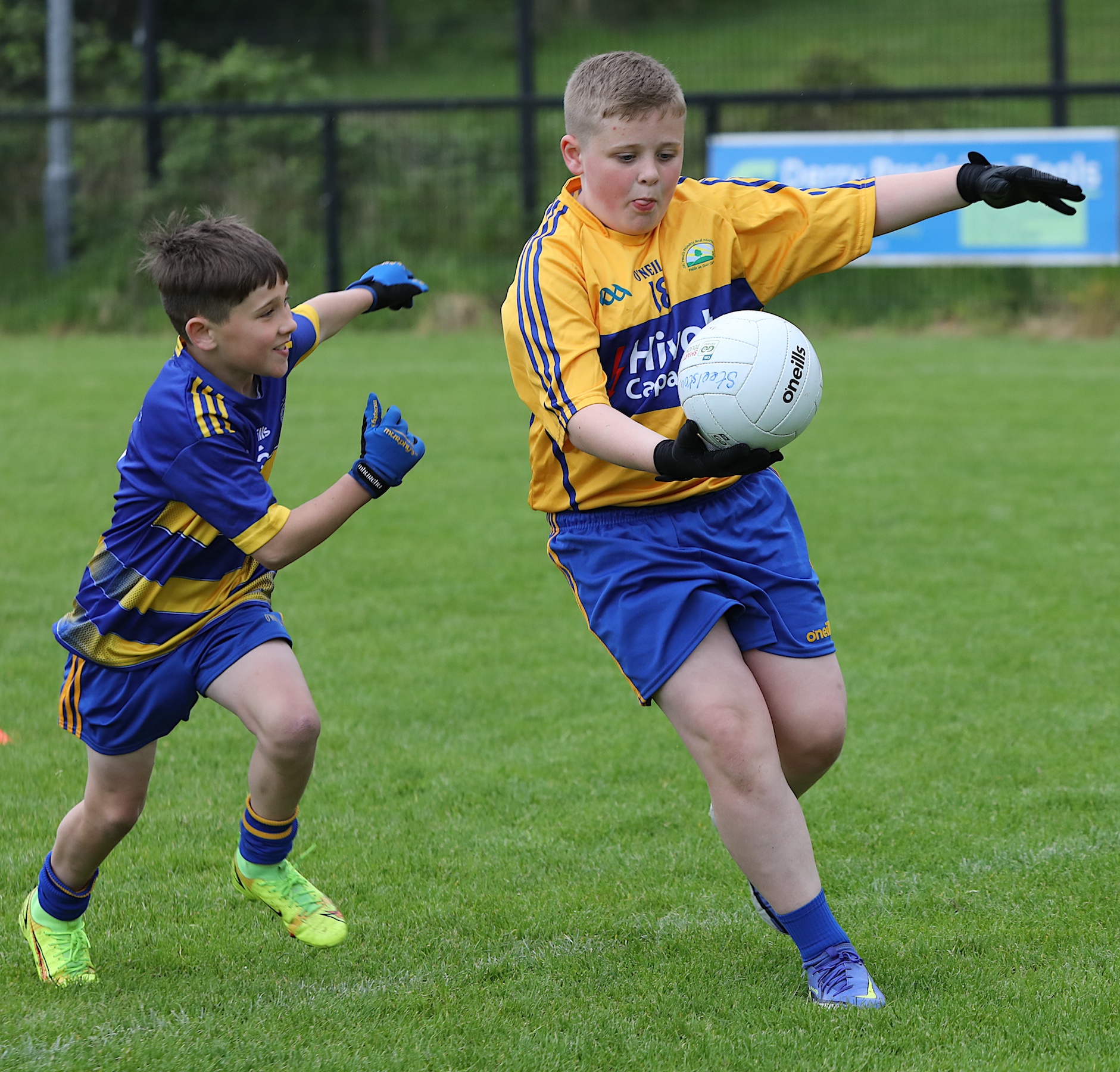 The Primary Schools competitions will continue this week with girls across the city getting the chance to show what they can do. The passion for the sport across Derry cannot be denied, and while facilities and resources are sometimes limited, the sense of community provided by gaelic ensures that where there is a will, there is always a way.

For ourselves, facilities are a tricky one,” Forester admits. “We have to use Templemore for indoor which is obviously quite small and quite cramped. Our winter programme probably struggles because of facilities but Shantallow looks like that could be a good resource now that that is up and running. Sean Dolan’s are building a fantastic indoor facility and hopefully that will be a big addition to the city.

“We’re lucky to have great support from the schools; people like Siobhan Gillen from Steelstown; although they were already supporting us, they have given us even more backing since the All-Ireland run. It’s the same with Francis and Fergal from Hollybush coming down here for the homecoming, it was phenomenal to see. The schools are really putting in big efforts to back their local clubs because it’s such a big part of the community as well.

“For some of these kids, it might be their first exposure to gaelic football and we’ll pick up a few extra players, but nearly more importantly for those that already play with clubs, it’s the chance to represent their schools and just get even more game time and that’s all we want to do, is provide opportunities for kids to be playing gaelic as much as possible.”