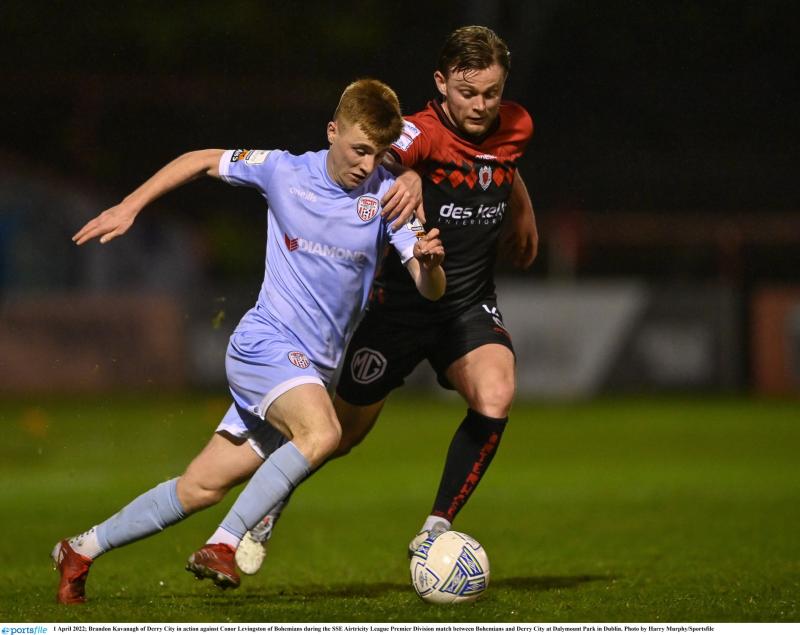 Brandon Kavanagh is hoping that Derry City can continue their fine form against Bohemians.

Brandon Kavanagh is not bothered by the fact that he has yet to score for Derry City, as long as he is helping the team continue their incredible start to the season.

The 21-year-old has been a regular for Ruaidhri Higgins so far, featuring in every single one of Derry City’s 13 league games, 11 of which he has played from the start. The former Bray Wanderers midfielder has really grown into his role in the team in recent weeks and played a pivotal part in the 4-0 victory at St. Patrick’s Athletic last week, setting up goals for both Matty Smith and Jamie McGonigle. Creating goals is just as important as scoring them for Kavanagh.

“I’m waiting for mine, but there’s no pressure on it,” he said. “Everyone else is chipping in and it will come. I’m not fazed at all. We’ll keep our heads down, we’ll all do our job and as long as the team keeps winning that’s all I care about.

“Going back to the game I thought we were brilliant in parts. We’re really just starting to click at the minute and everything’s going right, so we just have to keep going. The Friday-Mondays come very quick but you always just have to look at the next one, keep the heads down and keep going.”

Derry City face a busy weekend again as they host Bohemians tomorrow night before facing St. Pat’s at the Brandywell again on Monday.  These games precede a trip to Shamrock Rovers next Friday, meaning it could be a pivotal period in the season for the Candystripes.

“We just look game by game,” Kavanagh insisted. “I know they come thick and fast, but we had an unbelievable pre-season and we look really fit. It’s a squad we have, it’s not just the eleven. The boys who come on the pitch are just as fit and they put their heart into it.

“As a team we just want to put our identity out there and show how we want to play football and obviously the manager has done that. He’s told us how he wants us to play and we’re really expressing ourselves at the bottom end of the pitch and it’s working for us.” 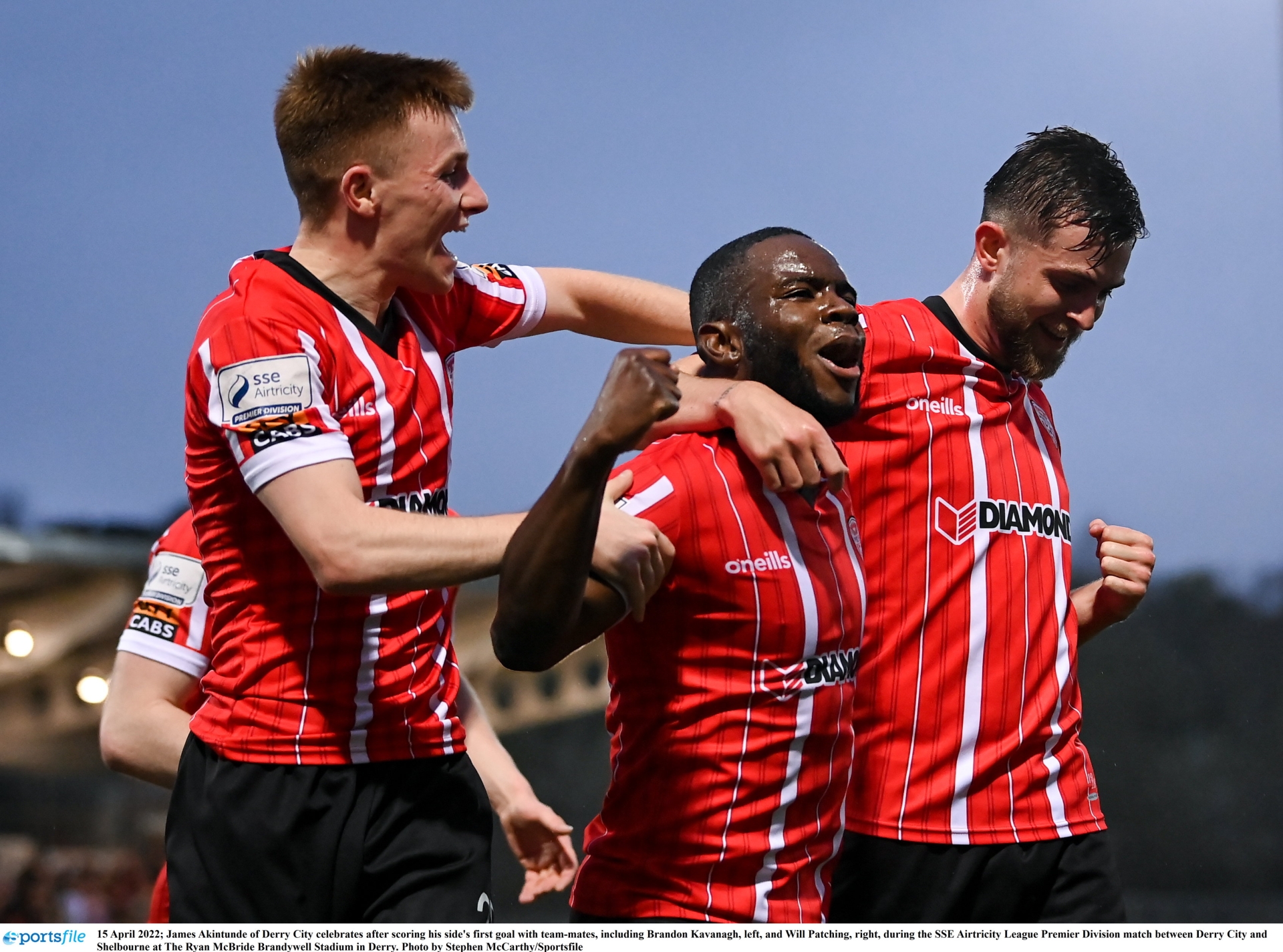 Before the recent demolitions of UCD and St. Pat’s, City had failed to score more than two goals in a game this season. That has changed, and emphatically so in the last two weeks, but Kavanagh isn’t surprised, feeling an improved goals return was inevitable at some stage.

“To be honest I was not really surprised,” he explained. “Obviously we’re doing well, but the players we have in that dressing room, there are some top quality players in there. Everything we are doing we are doing it right. We are really going after teams and putting them under pressure and we’re getting rewards from it.

“We could feel it. If you watched our games, especially in the first half of games, we’ve been pressing teams and got a lot of chances but the ball just hasn’t gone in the net for us. I felt the other night, and especially against UCD, that once the first one went in early, we sensed early that we could go on and make a statement and that’s what we did and we carried it onto Pat’s and now hopefully we can carry it on to Bohs on Friday.”

Bohs come into the league on the back of a handsome win over UCD, but Keith Long’s side still have a lot of improvement to do after an indifferent start to the campaign. With the Shelbourne defeat still fresh in his mind, Kavanagh knows that no opponent can be taken lightly.

“That’s the same with everyone in this league,” he said. “You need to respect everyone. Everyone has their own qualities so we just need to stick to what we do, and what we know and we’ll be grand, we’ll look after ourselves.

“I’m delighted with how things are going personally. I’m feeling good in every game and I’m really loving how the team is playing. It’s all clicking together as you can see; we’re pressing well, we’re moving well and we’re scoring goals.”