City of Derry players 'devastated' by relegation from All-Ireland League

Victory over Clonmel not enough at Judges Road 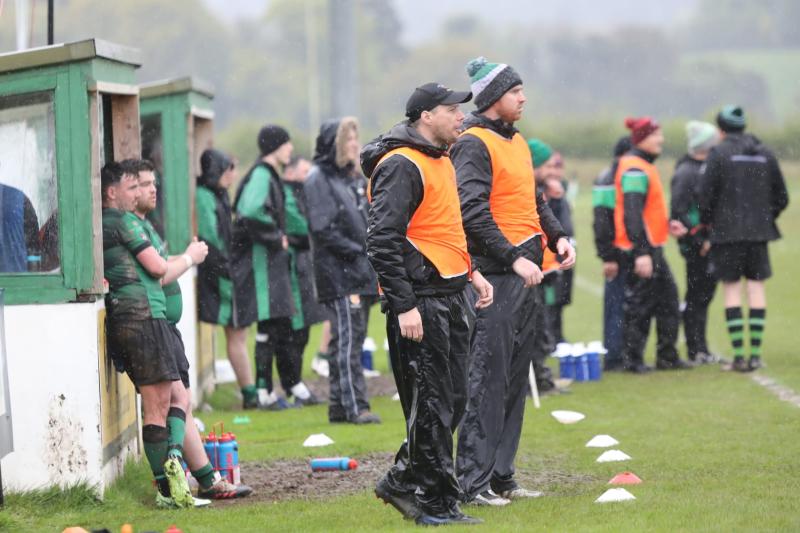 City of Derry coach Richard McCarter admitted he and the players were devastated after falling short in the second leg of the relegation play-off against Clonmel at Judges Road.

Trailing 33-17 from the first leg, Derry needed a massive push to get out of trouble on this occasion, and it all looked to be going their way as they led 10-0 at half time, with Clonmel down to 14 men following a straight red card for Tony Cantwell.

However a mistake from Paddy Blennerhasset early in the second half let in Henry Buttimer for a Clonmel try and although Joel Smyry scored a late converted try for Derry, there was too much to do with the visitors employing every trick in the book to run down the clock.

It means that City of Derry lose their All-Ireland status and return to the Ulster Qualifying Leagues after a horrible season or frustration, inconsistency and near misses for McCarter and his players.

“It’s devastating to be honest,” he said. “It’s been an emotional week. Ultimately it didn’t boil down to today or the play-off. We were just a few points short all season and that was down to inconsistency. The boys gave it absolutely everything today and we couldn’t really ask for more. The conditions were terrible. We’ve won the game but we just left too much out there from last week.

“If you told me before the game that we would be 10-0 up at half time and they would be down to 14 men I would have snapped your hand off, but unfortunately for us we just couldn’t capitalise on that and a poor start to the second half has cost us. We’ve said in the changing room afterwards we don’t want any finger pointing or any blame. It didn’t come down to today, it was all season. The table doesn’t life and we haven’t been good enough.”

With the rain pouring down and a strong wind making playing conditions difficult, Clonmel dug deep to frustrate Derry, but the home side were patient and their efforts were worth it when they were awarded a penalty try on 26 minutes, giving them a 7-0 lead.

Cantwell then saw red for a high challenge on Cathal Cregan and from the resulting penalty Alex McDonnell kicked Derry into a 10-0 lead.

The picture of the game all changed just three minutes into the second half when Blennerhassett spilled the ball and then saw his attempted kick forward charged down by Buttimer who took possession to score.

With that the visitors were lifted and Derry were sunk, and they struggled to lift themselves again.  Dylan Cadogen had several penalties from all sorts of areas as Clonmel went for the points at every single opportunity, but he was too ambitious as he missed the target again and again.

Nevertheless, Clonmel had something to hold onto and they refused to give Derry anything, with the home side’s efforts repelled time and time again.

Derry were eventually punished by Cadogen with 10 minutes remaining and that meant the home side needed two converted scores in the final minutes to take the game to extra time.

In the very last minute, Smyry raced over to ignite hope, and although McDonnell’s difficult conversion was good, it proved to be the last kick of the game with the referee not adding a single second of added time, blowing the final whistle on the game and Derry’s time in the All-Ireland league.

“We’ll take a bit of time,” McCarter said afterwards. “It has been a very draining season to be honest, and all of us, players, coaches, everybody just needs to step away from it for a few weeks and just put our feet up. I think I’ve aged 20 years in the last 12 months. Ultimately when the dust settles, we will prepare for next season like every other season and we’ll go out and try and win the Q1. There are some benefits to that, not that I want to go into that right now, but it will give us an opportunity to reassess how we blood through payers, but that’s for another day.”