Ruaidhri Higgins 'not surprised' that St. Pat's are gaining on top two

Derry City hoping to maintain 100% record in Dublin this season 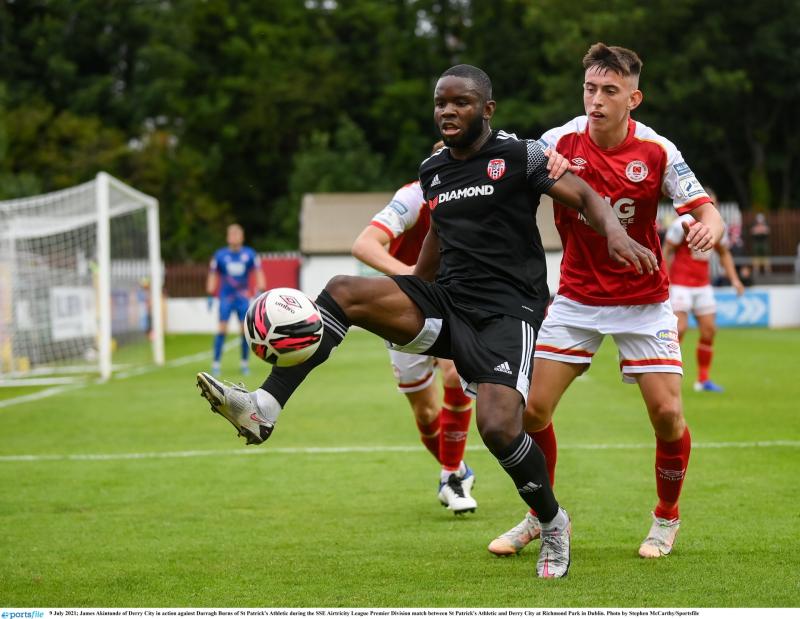 Ruaidhri Higgins is fully expecting St. Patrick’s Athletic to make a push for the title this season, and is not at all surprised that they are back in contention at the top of the Premier Division.

The Dubliners can move to with just four points of Derry City with victory in tonight’s game at Inchicore having overcome a difficult spell to win their last two games. Tim Clancy’s side can move right back into contention with Derry City and Shamrock Rovers with a win tonight and Higgins, who has always expected a good season from the Inchicore side, is not at all surprised that they have moved up the table to third place.

“I don’t know that anyone would be surprised at that given what they brought in,” he explained. “Eoin Doyle, just using one example, he was playing every single week for Holton and scoring goals for Bolton and he made the move to Pat’s. It’s not as if he moved to Bolton, went down a few divisions then came back. He went straight from Bolton to Pat’s and people saw it as one of the biggest signings of the off-season.

“They also have the likes of Darragh Burns, Chris Forrester and Ben McCormack; they have so many outstanding attacking players that would make their mark on any team in this country. I’m certainly not surprised that they are in a position to push and I think at the start of the season, people were talking them up, so it’s no surprise.”

Of no surprise to Higgins either was his team’s finishing against UCD, which saw the Candystripes chalk up a huge 7-1 victory, the biggest margin in the Premier Division by any team this season. It has made training a very enjoyable place to be this week.

“It was a good win,” Higgins acknowledged. “The main difference was how clinical and ruthless we were in the first half. In the second half we could have scored a few more goals but in the first half the majority of chances we created we put them again. That was the really pleasing aspect, how the players attacked the game and approached the game and they thoroughly deserved to win the game the way they did.”

Ruthlessness in front of goal was an area that Higgins certainly hopes to improve, with his team failing to score more than two goals in a game until last week’s rout.

“We’ve created a number of chances in a lot of the games but we probably haven’t been as clinical in certain games as I would have liked us to have been,” he admitted. “We had that real edge to us last Friday and I was delighted to see it and hopefully it can be a sign of things to come, fingers crossed.”

Back in March, Tim Clancy’s side lost to an injury time goal from Will Patching at the Brandywell and Higgins is expecting another hard-fought game at a ground he is a big fan of.

“Pat’s play an open game and an attacking game,” he continued. “Inchicore is a great ground to play. The pitch is normally in really good nick. It’s a ground I’ve always really liked going to, whether as a player or a coach so I’m looking forward to Friday night as are the players.

“We do have a great record in Dublin and hopefully it remains that way. It’s a great feeling going to Dublin and picking up the points. It makes the journey back up the road very pleasant and hopefully that’s going to be the same on Friday, but we know it’s going to be a really difficult task. The players are ready and we’ll give it a right crack and see how it goes.”

Derry City midfielder Jack Malone has been ruled out of the trip to Dublin due to a hip flexor problem.