Derry Minors turn on the style against Armagh 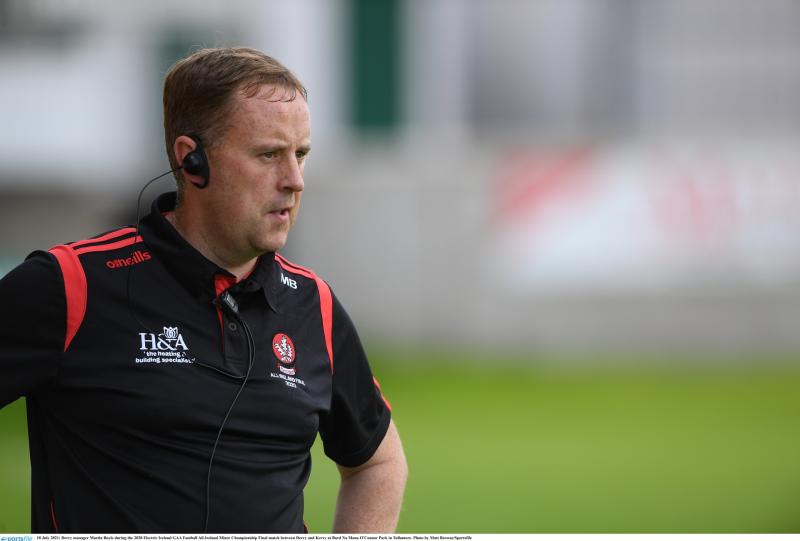 A blistering end to the first half saw Derry minors well on their way to victory in a convincing win over Armagh on Saturday evening.

Goals from Ryan McNicholl, Dara McPeake and Eoin Higgins, all within three minutes, put Derry into a 12-point lead at the break.

The home side had the aid of the slight breeze in the second half, but never looked like making any dent in Derry’s lead.

The Oakleafers now face Donegal in the next round, a team they lost to 1-11 to 0-11 when they met at Celtic Park in the league earlier in the season.

Derry were out of the traps early on, with Odhran Murphy and Dara McPeake involved in the opening attack. When Armagh camped themselves back, the ball confidently worked to and fro until Eoin Higgins got his hands on the ball and popped over the bar.

By the seventh minute the impressive Cahir Spiers had the ball over the bar and Shea Birt went up the left wing before swinging between the posts for a deserved 0-3 to 0-0 lead.

Dara McCloskey converted a free to get Armagh’s first score in the ninth minute before Callum O’Neill added a second.

With just a point between the sides, Ryan McNicholl was fouled by Ryan McGahan in the 15th minute. A routine point would have steadied Derry, but McNicholl had other ideas. The skipper picked out Ciaran Chambers with a pass the Bellaghy man blasted to the roof of the net for the game’s first goal.

Referee Conor Curran then issued a black card to Aaron O’Neill for checking the run of Cahir Spiers with the ease at with the Down whistler was issues cards early on, Ryan McNicholl was lucky not to suffer the same fate seconds later.

Derry made full use of their extra man. Eoin Higgins popped over a long-range free to put Derry 1-4 to 0-2 before Armagh hit a 23rd minute goal. Substitute Pádraig O’Keefe’s diagonal ball across the Derry defence took a wicked bounce under James Murray as he advanced and when Dara McCloskey got his hands on the ball he was never going to miss.

Derry didn’t feel sorry for themselves and when quick-thinking goalkeeper Ben O’Connor got his kick-out away sharply, it began a sweeping move that ended with Eoin Higgins slotting neatly to the net.

It got even better for the Oakleafers with Ryan McNicholl and Dara McPeake waltzing through to add two goals in a minute. Just before the half, a fine catch from Odhran Crozier from led to another Higgins point and Derry were 4-5 to 1-2 ahead at the break.

Michael McSorley shot wide for Armagh early in the second half but when O’Connor found a red and white jersey from his kick-out Cahir Spiers’ run led to a foul on Johnny McGuckian and Ryan McNicholl tapped over a simple free.

An outside of the right boot effort curled over for Shea Birt’s second score before Armagh opened their second-half account from a Pádraig O’Keefe point.

McCloskey landed an Armagh free, but Spiers’ silky skills made a point be finished himself after cutting in an taking on the home defence.

With eight minutes to go, the Armagh net was bulging again. McGuckian and Ruairi Forbes were involved in the play and Chambers had the easiest of finishes at the near post from close range.

Armagh did manage a consolation goal when Aaron O’Neill’s perfectly angled cross was fisted to the net at the far post by Michael McSorley.