'Extremely dangerous game' ahead for Derry City this evening 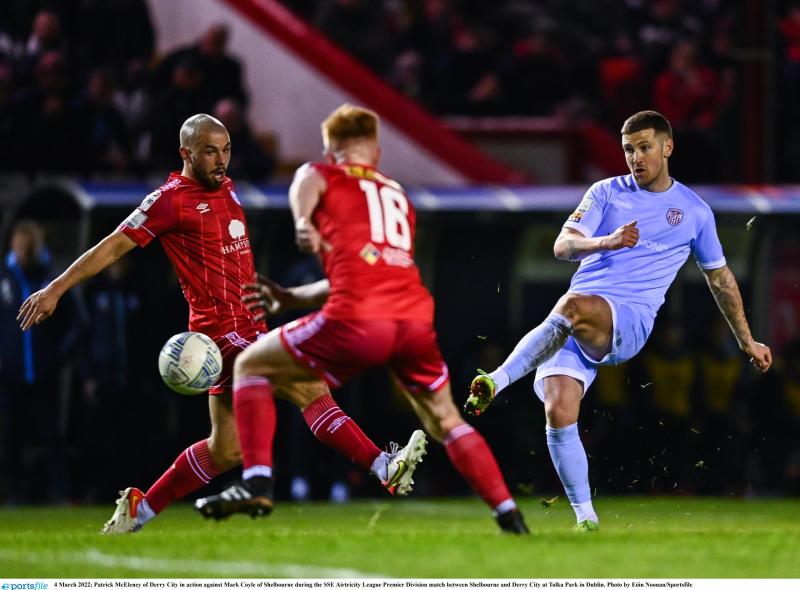 Ruaidhri Higgins has labelled this evening’s contest with Shelbourne as ‘an extremely dangerous game’ for Derry City.

Damien Duff’s side may sit in seventh-place in the Premier Division, but the Dublin side have been relatively successful on the road, unbeaten in four games and conceding just one goal away from Tolka Park.

It is superb form let down only be their poor home record, and having already taken points from Dundalk, Bohemians and Sligo Rovers in recent weeks, Higgins is expecting a challenging evening as a result.

“This is a really, really tough game and anyone expecting any different needs to forget about it,” he insisted. “It’s going to take an element of patience from everyone in the ground. It’s going to be far from straightforward because they are really well-organised and really well-coached and we need everyone up for it in the ground to get a big three points and if we do it will be huge given what they have done away from home so far. They are very solid defensively and a real counter-attacking threat so we need to be prepared for that.”

“This is an extremely dangerous game, a very dangerous game and everyone needs to be clear that conceding one goal on the road this season is absolutely unbelievable. I think they have the best defensive record in the league away from home and we have to be well-prepared to stop counter attacks and also be inventive and brave on the final third and use our individual quality.”

Despite those statistics, Derry City remain as firm favourites to pick up the win, having blazed their way to a six-point lead at the top of the table because of the club’s best ever start to a League of Ireland season as a Premier Division team.

It is seven wins and two draws for Higgins and his players, who are hoping to build on their momentum ahead of another challenging schedule of three games in eight days.

“I would say that we’ve been good,” he continued. “There are definitely areas where we can improve but so far, so good. We have to park the first quarter because it’s gone and let’s not get carried away. We need to keep our feet on the ground. This is a long, long season and we have to remain focused and try and keep picking up good result, and while we’re doing that try and excite our supporters as well.”