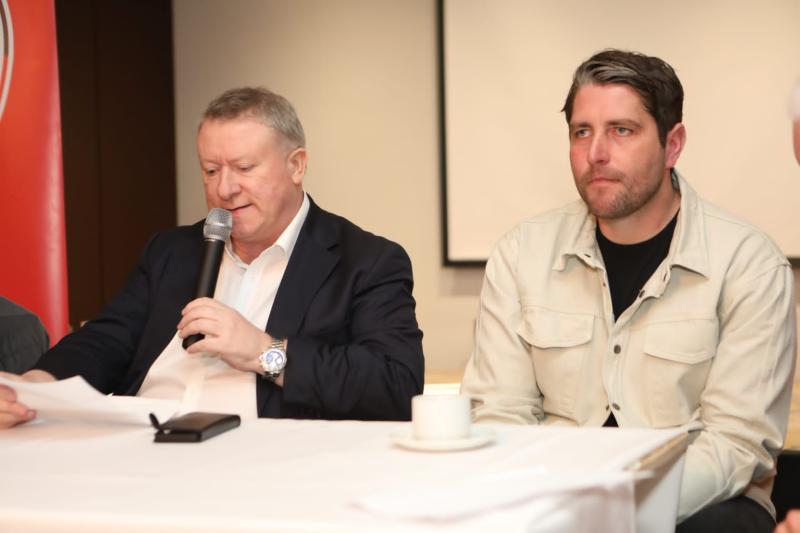 Derry City FC will do its best to ensure that the match day experience for fans is entirely safe from now on, with a new security company and new security protocols in place at the Brandywell.

Chairman Philip O’Doherty addressed fans at the Maldron Hotel this evening, as part of the first Fans’ Forum of the season, alongside Director Sean Barrett, manager Ruaidhri Higgins and assistant manager Alan Reynolds.

There were a number of key issues discussed with the supporters, but the recent trouble at games was first on the agenda, with O’Doherty revealing that the club have already started to ban fans for use of flares, and pitch incursions.

The Chairman was pleased to address fans directly, insisting that the reputation of the club was being affected by recent events, but he is confident that with Pulse Security Management now in charge of security and safety at all home matches, the situation will improve and quickly.

“It’s great to get a turnout like this on a school night,” he said. “I’m delighted they came along and I think we answered every question they had. I think we emphasised as a board how important safety is in the ground for all our fans and the stewards that we’ve hired. It is just unacceptable the behaviour of a very, very small minority of mainly young people and I think that message will hopefully be conveyed to them, but if it’s not, anybody that’s misbehaving we’ll be looking to bar them from the Brandywell for a very long time.”

Revealing that the club have already been fined £3,000 this season for use of flares, O’Doherty admitted that the game against Shamrock Rovers at the Brandywell at the end of February was a real eye-opener.

“It was unexpected,” he admitted. “I think it was the first game of the season and it was a high-risk game and we weren’t prepared enough for it. It did leave us quite shocked, but we acted very quickly. There have been a couple of incidents since but people have been barred now over the last couple of week s and that will happen with anybody that we spot on camera; we’ll try and get them out on the night as well.” 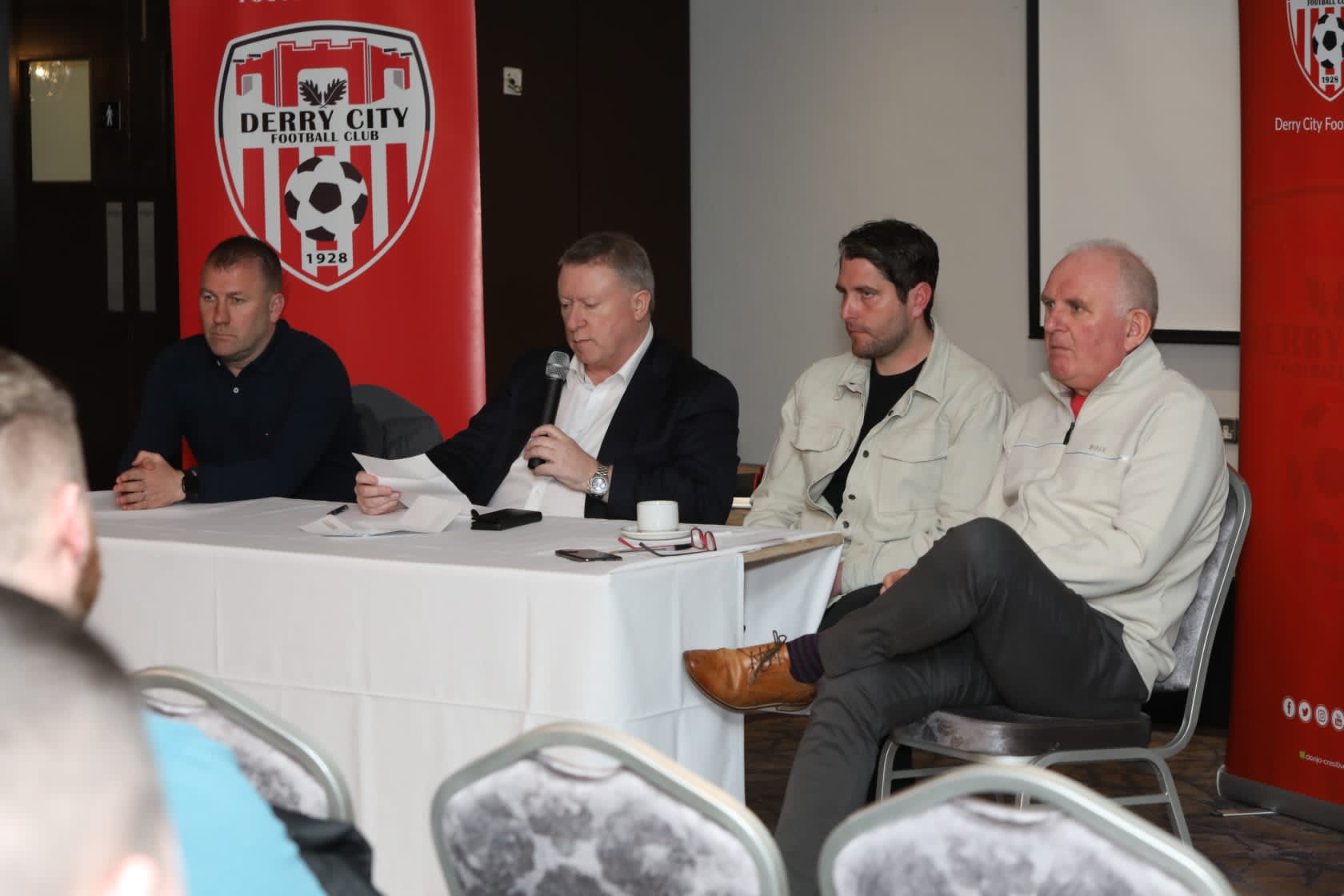 ‘Feet on the ground’

Admitting that he tried to bring Ruaidhri Higgins in as manager in the past, before eventually getting his man last April, the Chairman was understandably delighted with the club’s current position in the league table.

“We’re delighted with it but we need to keep our feet on the ground,” he continued. “Ruaidhri is very focused on the next game. Tomorrow night we’re playing a game which could be a banana skin. We haven’t lost any games at all and we’re totally undefeated so we hope it continues; it’s a fabulous squad and there’s a great atmosphere and Cameron McJannet signing a two-year extension was great news as well.”

The impressive start to the season is just the tip of the iceberg for O’Doherty however, who believes the club is currently in a very healthy position overall. The recent change to long-term contracts is a sign of that good health.

“We talk about that all the time; there’s a risk to it, but there’s a risk to not doing it also,” he explained. “Sometimes players didn’t sign because they didn’t get on with the manager and they wanted to look around, but Derry City is an attractive place now. Ruaidhri Higgins has made it that, so people want to stay, people want to come, we’re getting a good reputation and we’re challenging as well which helps.

“If we lost a couple of games; the time we drew 0-0 a couple of weeks ago against Sligo. People were down in the dumps with it because we had started so well. Drawing at home against Sligo obviously wasn’t a disaster and a couple of years ago I would have been delighted with that.”

Another item on the agenda was the club’s potential partnership with the University of Ulster with O’Doherty talking about the potential of the site at Duncreggan Road for a base for the club’s Academy.

“We’re working with them and I think we share the same vision,” he stated. “I think a partnership between Derry City and Ulster University would be really good for both, it would be mutually beneficial and we would have players who would be on a university campus, very close also to North Wes Regional College, so if they wanted to focus on education in the afternoon after training, that’s what we want. We want the best for players, during their football careers and afterwards as well.”