2001 games between the clubs memorable for all the wrong reasons 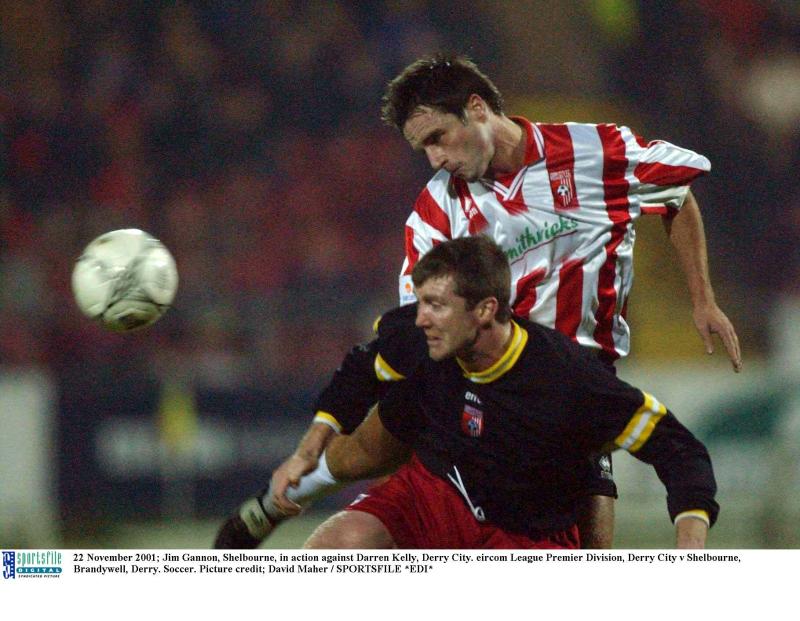 Action from Derry City's controversial game with Shelbourne at the Brandywell back in 2001.

The Derry City fans decision to unfurl a banner which read ‘PI££A – JUDAS’, aimed at former player Peter Hutton,  angered Shelbourne’s Chief Executive Ollie Byrne, who became involved in unsavoury scenes with the supporters as he attempted to have it removed before the game at Tolka Park.

The incident led to accusations from both camps, and it put a sour note on an otherwise entertaining night, in which Derry City finally got their first point on the road thanks to a goal from Sean Hargan. 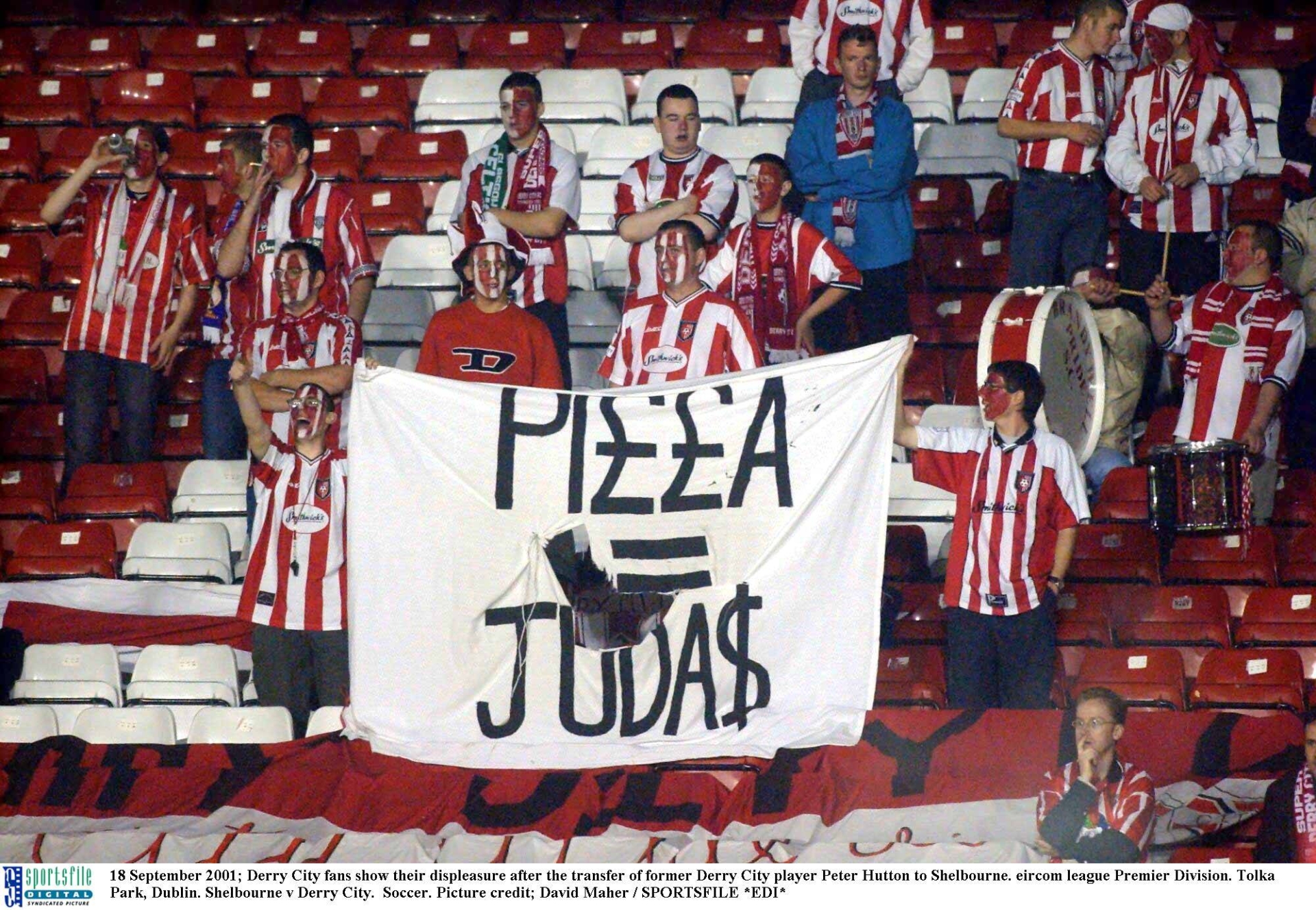 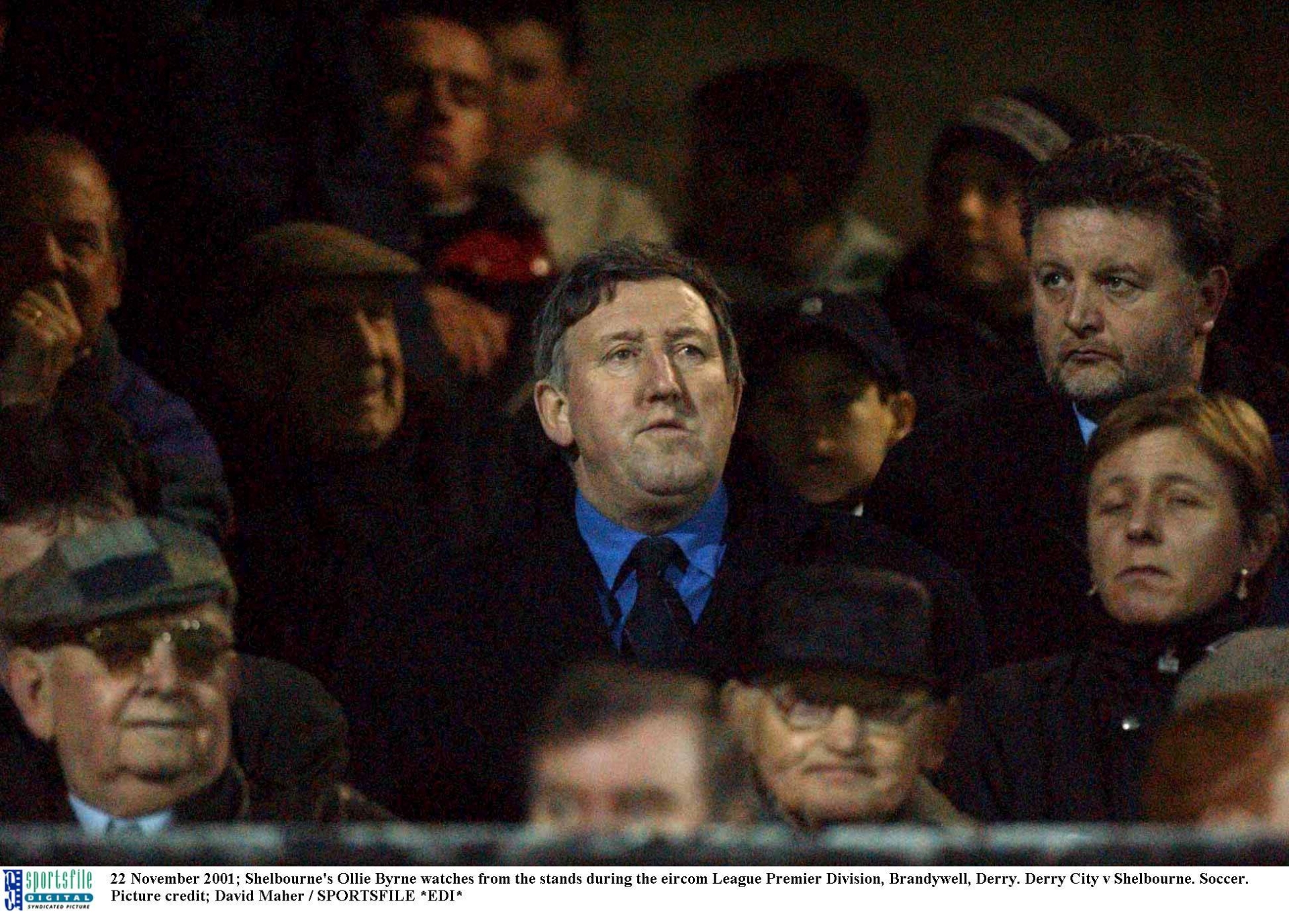 This game against Shels was very nearly abandoned before a ball had even been kicked due to a clash in kit colours.

Referee Hugh Byrne adjudged that Shelbourne’s white kit clashed with Derry’s Candy Stripes and ordered a change, but neither side was willing to budge.

A stand-off ensued and 35 minutes after the scheduled kick-off time, Shels eventually relented, but they did so begrudgingly. With the clubs having fallen out over a cancelled U21 game in the weeks leading up to the game, the relationship between the clubs was now at an all-time low, and the fact that the game finished 0-0, on Peter Hutton’s return to the Brandywell, was secondary to the farcical scenes beforehand. 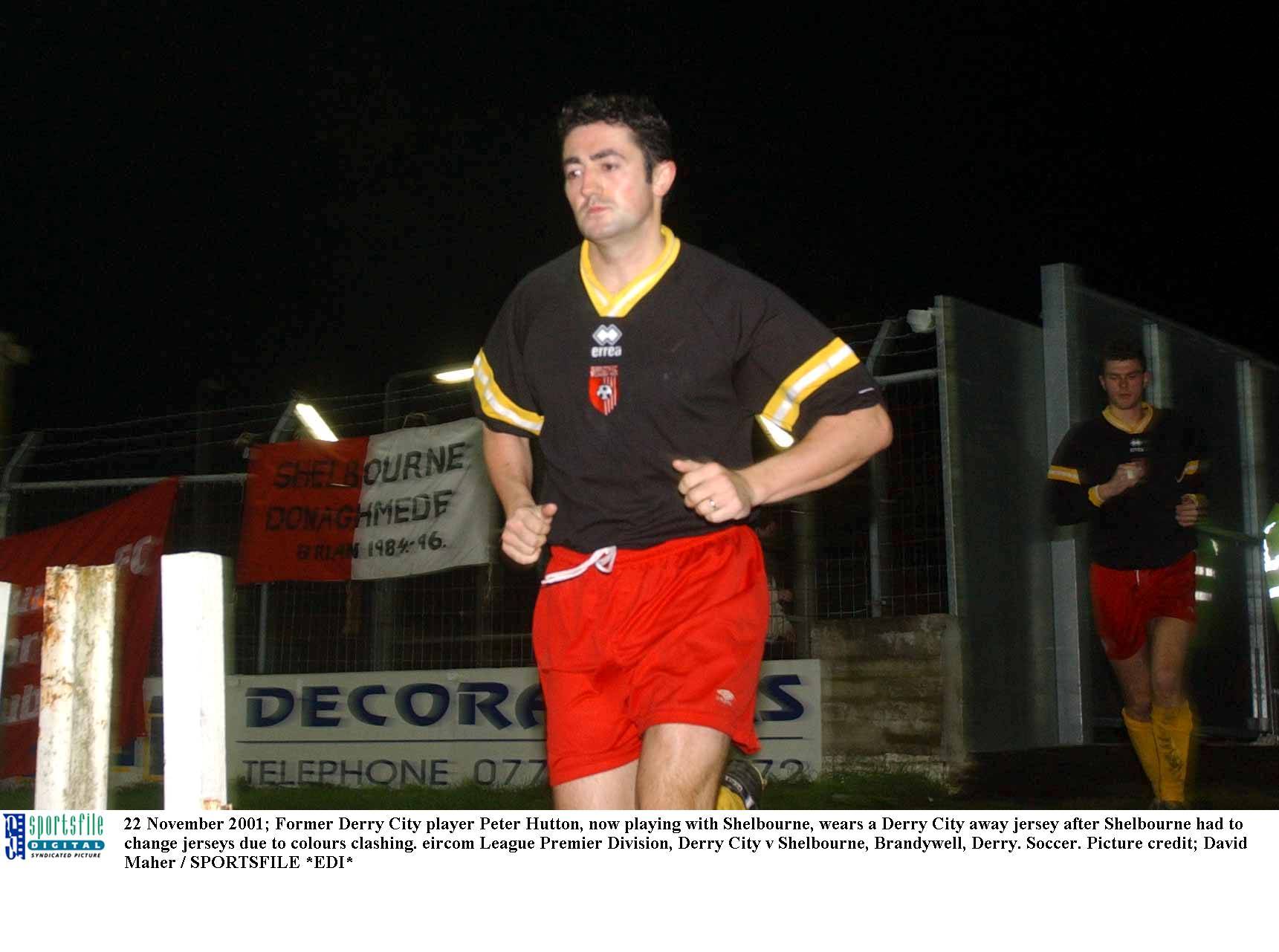