It's official! This is Derry City's BEST EVER start to a Premier Division season! 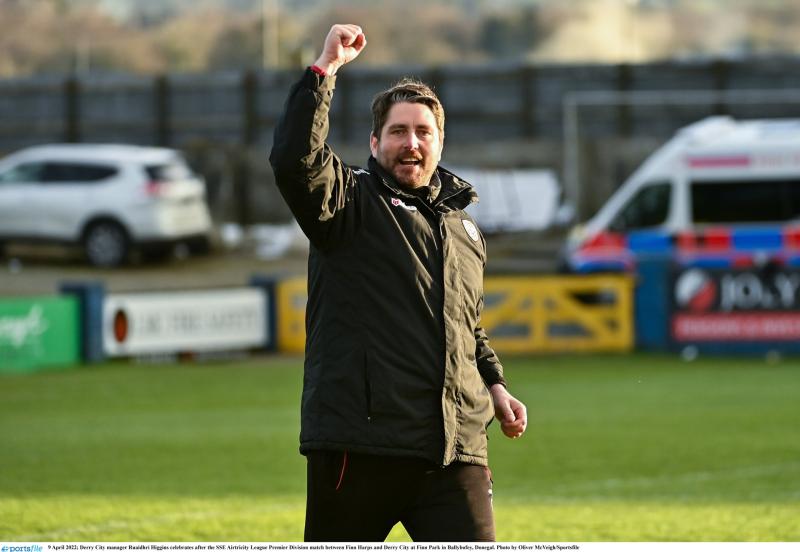 Ruaidhri Higgins has led Derry City to a sensational start to the season.

Ruaidhri Higgins has led Derry City to their best ever start to a Premier Division season, surpassing even the treble winning team of 1998 and the championship side of 1997!

The Candystripes currently sit top of the table, six points clear of champions Shamrock Rovers, following a thrilling start to the 2022 season, which has brough seven victories and two draws from nine games.

That total of 23 points is Derry City’s highest ever total in the Premier Division at this stage, surpassing Jim McLaughlin’s all-conquering treble-winning side, who picked up 20 points after nine games, and Felix Healy’s champions from 1996/97 who had managed just 15 points at this stage.

Stephen Kenny’s 2006 team, who came within goal difference of the treble, managed an impressive start to the season, but they still, fall a point short on 22 points from their first nine league games. Jim McLaughlin (1989/90) and Roy Coyle (1991/92) also managed to reach 22 points.

The only Derry City team to ever surpass the current total of 23 points after nine league games was Noel King’s First Division side from 1986/87, who managed 25 points from nine games on their way to winning the title and promotion to the top flight.

In fact, King's side is the only other Derry City team to start the season unbeaten after nine games, with eight wins and one draw.