Drama at Judges Road as Derry leave it late 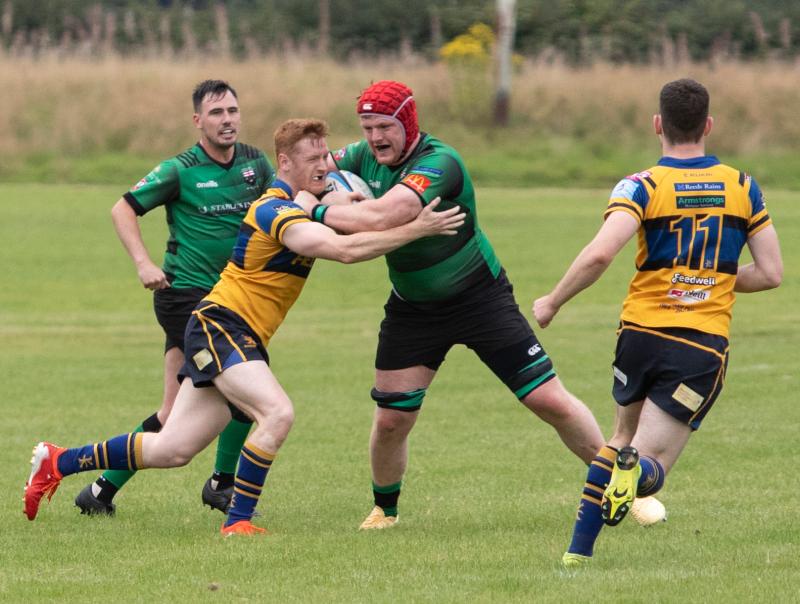 City of Derry just refuse to give up as they showed incredible nerve to overcome Sundays Well in a tense relegation battle against Sundays Well at Judges Road.

Richard McCarter’s side knew anything other than a win would surely condemn them to a relegation play-off spot with just two games left after today, so it was all or nothing in a game that meant just as much to their opponents.

For so long this season, Sundays Well have looked dead and buried, but since adding to their squad since Christmas they have won four home games to give themselves a real chance. But defeat today drags them right back into it, and they will be shaken at how they lost a game which they led for so long.

That they did lose was down to the character of the team, as well as some magic and bottle from certain individuals at key moments. Alex McDonnell missed two relatively straightforward penalties early on, but regrouped to hit two conversions and three second half penalties to help his team win the game.

Then there was the returning Simon Logue. The lightning quick back has missed most of this season, but his return could not have been better timed. His first half try came at a huge moment in the game, with Derry 10-0 down, and he then played a significant part in Derry’s second try before helping win the penalty which took the game out of the reach of Sundays Well late on. It was nervy, it was dramatic, it was deserved according to McCarter.

“The boys knew the added importance of today,” he said. “It was a wee bit make or break with only three games left, but they dug in and they were superb in attack and defence and that last defensive set that lasted about three or four minutes, we showed the attitude and commitment where we were at today overall.”

A cagey first half finally came to life just before the half hour when Conor O’Brien scored the game’s first try with a terrific run and dummy which split the Derry defence. A conversion was followed up by a penalty from Fabien Loughrey and Derry looked in trouble at 0-10, until Logue raced away to pull Derry back into the game within minutes to make it 10-7.

Loughrey scored penalties either side of the break to take Sundays Well lead to 16-7, and no matter what Derry did, it seemed that Loughrey was there to chip in with another penalty to demoralize them just that bit more.  Even after McDonnell scored his first penalty of the game, Loughrey was there again to restore the 9-point lead and with time ticking away, it looked a really difficult task for the hosts.

Still Derry, with Davy Graham again doing everything in his power and Logue always a threat, kept coming and when McDonnell found his range again, there was now just a converted try between the two teams with 20 minutes remaining.

Then came the decisive moment in the game on 65 minutes. Again, Logue was the inspiration as he broke away before feeding Callum O’Hagan on the right. The right-winger drove forward before passing inside to Ross McLaughlin who gleefully finished off as close to the posts as he could to allow McDonnell an easy conversion to give City of Derry the lead for the first time in the game.

It was then Sundays Well who were chasing the game and when Brown was yellow-carded, it seemed that the hosts were in for a torrid final 10 minutes. But Logue led by example and chased down Gary Downey who conceded a penalty within scoring range with two minutes remaining. When McDonnell hit the target again, nothing but a try would do for the visitors.

Six added minutes had the nerves frayed completely, but Derry held firm to hold on to possibly the four biggest points in the club’s history, to move out of the final two with two games to go.

“It’s big until this time next Saturday,” McCarter said. “We’ll enjoy today and we thoroughly deserved it and it was a massive win for us, but we have to go against Enniscorthy and we know how tough that is going to be. They are cruising at the top of the league so it’s going to be difficult to get anything from that, but if we show the same commitment and attitude we did today, we will give ourselves a chance.”