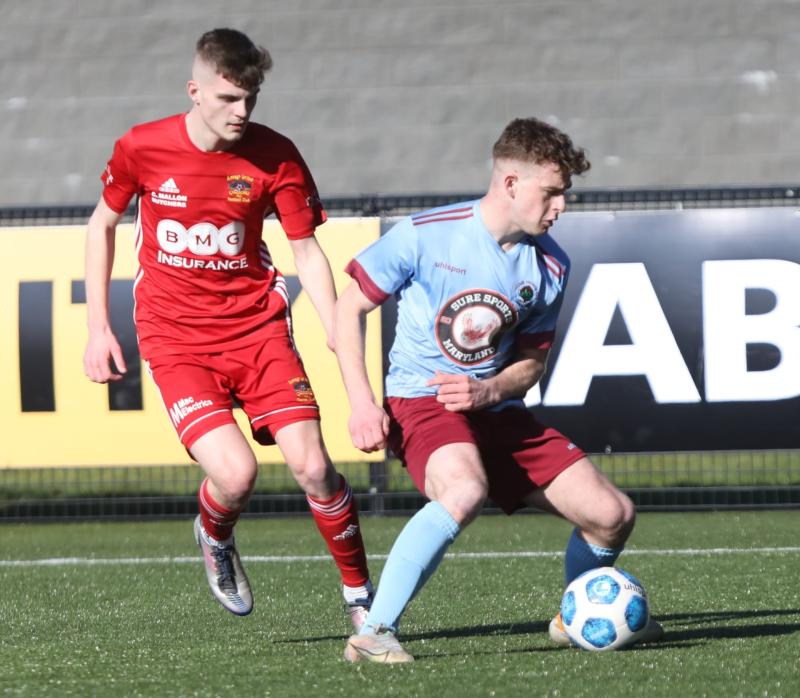 Institute enjoyed a huge win over Annagh at the Brandywell. Pic by Tom Heaney, nwpresspics

Ian Parkhill scored a hat trick as Institute battered Annagh at the Brandywell.

Brian Donaghey’s side, so poor against Queen’s just seven days earlier, produced arguably their best display of the season to batter a team who had been pushing Newry for the title at the top of the Lough 41 Championship.

The home side opened the scoring on 19 minutes when McCullagh was caught out of position and Mark McFadden ran into the space behind, and when he turned inside to shoot, his effort was headed onto his own net by defender Lee Upton to make it 1-0.

Annagh certainly did not look like a team who was challenging at the top of the league and they were caught out again on 27 minutes. Again it was McCullagh who looked out of his depth and Dunne was too quick as he ran in behind and rolled the ball across goal for Parkhill who picked his spot beyond Eoin Hughes to make it 2-0.

It was a deserved lead for ‘Stute but Annagh responded immediately with a goal against the run of play when a long throw into the ‘Stute area met Lee Upton who looped a header beyond Muldoon and into the net.

‘Stute deservedly restored their two-goal lead five minutes before half time, but it was a moment to forget for Annagh goalkeeper Eoin Hughes. Shaun Doherty launched a free kick forward from his own half, and was completely amazed to see his pass go straight into the net as the goalkeeper came out and missed the ball completely as it bounced bizarrely into the empty net.

Annagh’s day continued to get worse after that and right on the stroke of half time, they were reduced to 10 men when referee Diarmuid Harrigan showed the red card to their captain Niall Henderson after a coming together with Benny McLaughlin. Henderson was incensed with the decision and had to be separated from McLaughlin by the official.

The fourth goal was inevitable and it finally came on the hour mark when Parkhill went clear and despite having the option to pass, he picked his spot, drilling the ball low past the exposed Hughes to finish the game as a contest with still half an hour to play.

Parkhill completed his hat trick from the spot on 82 minutes. Ryan Harpur lazily wiped out ‘Stute substitute Caolan McLaughlin in the area, gifting ‘Stute a penalty, and the striker sent Hughes the wrong way as ‘Stute notched up five goals for the first time this season.