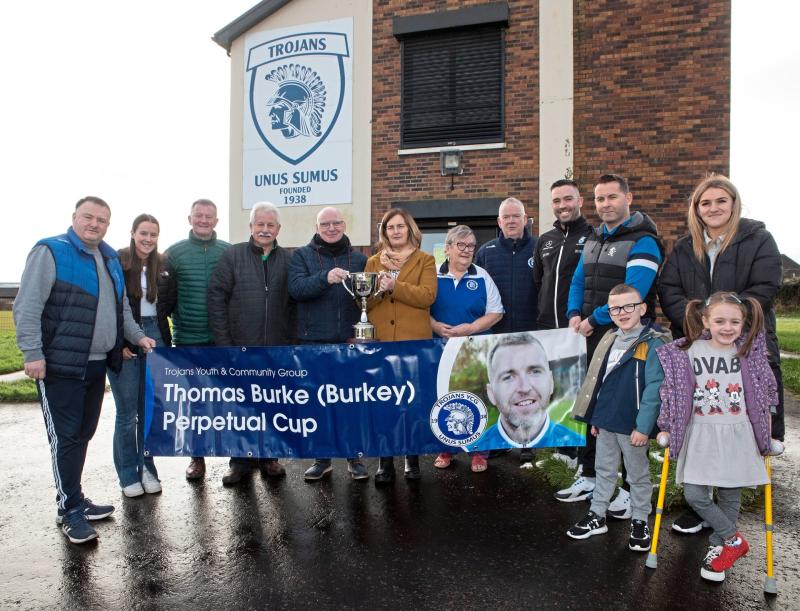 This is the second year of the competition held in the memory of ‘Burkey’, a much-loved former player and coach at the club, who passed away in April 2020.

The primary sponsor for the competition for this year is McKeever Newsagents, Central Drive, Creggan. McKeevers have served the community in Creggan for decades and Trojans are delighted to have their support.

Vogue Cars, who sponsored the inaugural competition last year, have kindly agreed to be our secondary sponsor for this year.

Trojans are very grateful for their continued backing. Last year's competition, although limited to eight teams, was a great success and was won by Don Boscos FC after a thrilling final game against Donegal representatives, Bonagee FC. Attendance at games, although limited due to Covid, was excellent throughout.

This year the ceiling has been extended for up to 16 teams.

All gate receipts will be donated to a charity chosen by the Burke family; Thomas’ wife Bronagh, twins Aoife and Adam, his mother Linda, father Thomas and sister Rachel.

The entry fee is £80 and the closing date for entries is Monday 4th April.