TODAY'S THE DAY! The spirit of Brian Óg driving Steelstown to glory! 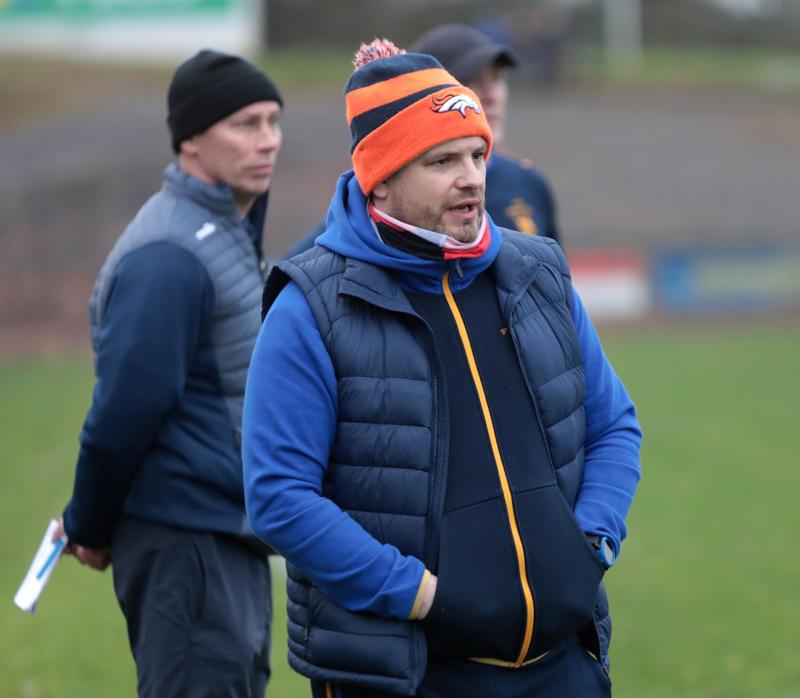 Hugh McGrath has led Steelstown to Derry and Ulster titles for the first time.

The memory of Brian Óg McKeever is revitalising Hugh McGrath on the biggest day in Steelstown’s history.

Hugh has taken it all in his stride so far. He has answered a thousand questions on Steelstown’s achievements, from the victory over Greenlough to secure that long-awaited Derry title, to the victory over Moortown to win that first Ulster title, and now it’s the possibility of an All-Ireland title.

Steelstown. An All-Ireland title. A team from Derry.

It’s something that would never have been considered before, with the city seen as lacking in the highest quality when it came to gaelic games. The so-called ‘soccer’ city was always a step behind when it came to gaelic, but here we are, after Neil Forester raised the Derry title, after Neil Forester raised the Ulster title and screamed ‘The city is blue and gold!’; all those harsh words from outside can stand no longer.

Steelstown Brian Óg’s are carrying the torch for Derry onto the national level, and for Hugh, who is answering question number 846 from a journalist this week, that name of Brian Óg deserves to be heard at the highest level of the sport.

“The display on Saturday was exactly a Brian Óg McKeever display because that’s the way he played. If you looked at the way Eoghan Concannon blocked balls, the way Ben McCarron tracked back and put his body on the line, the way Neil Forester put his body on the line, that just epitomised the way that young lad played, and would give you an idea why we took the decision to name ourselves after Brian Óg’s.

“For us, every club in Ireland and broad has their name on the wall in Croke Park. We will now not just be a name, we will be a club that has competed in Croke Park and hopefully if we play to our potential, a team that has won a National trophy in Croke Park.”

That game against Kerry champions Na Gaeil on Saturday past was just the latest in a thrilling series of dramas which have starred the team from Ballyarnett. It seems that no matter the circumstances, no matter the opponent and no matter the location, Steelstown are equal to the task. The red card to Diarmuid Baker, with just a point in it in the early stages of the second half would have spelt the end for many teams. But not for Brian Óg’s.

“I have watched the video several times and it doesn’t really make much sense,” McGrath reflected. “Look, you can say these things with the benefits of replays and videos and whatever else, while the poor ref is standing in the idle of the pitch making these decisions, trying to look through the bodies and see what’s going on. These things happen in sport and happen in games, for us it was about getting ourselves adjusted after that and getting ready for what we needed to do.

“We’re very, very lucky we have a Neil Forester playing for us, who can slot in absolutely anywhere. He goes back to corner back and we bring on Morgan Murray, who has pace to burn and who can be a real relief valve up front and that’s the way the game transpired after the red card.

“I always give our forwards praise, I think we have one of the best forward lines about, but when you look at what our defence did in the second half, especially towards the end, it just shows the calibre of those men and how capable they are of getting us over the line.” 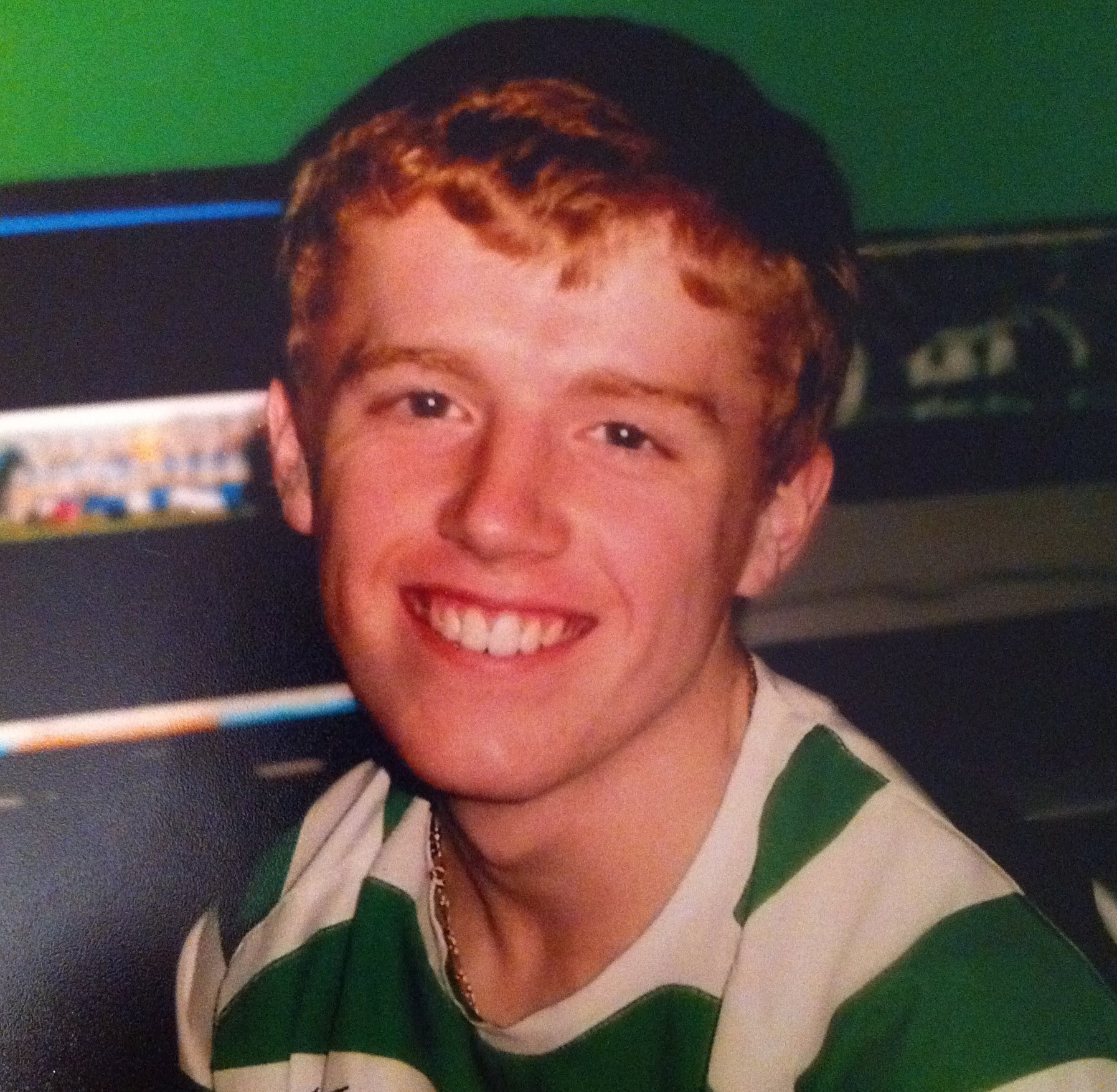 The job is not quite done just yet. Meath champions Trim, on the back of a 20-game winning streak, will stand against Steelstown at Croke Park and not care a jot about the club’s history nor the club’s hopes. They have their own history to create. For McGrath, his coaching staff and the players, there is a quick turnaround and little time for preparation for the biggest game of their lives.

“Obviously you’re absolutely over the moon at the time and you’re enjoying the fact that the group has done so well to get where they are. But now, as of Monday, our feet were firmly on the ground getting ready,” he explained. “It’s going to be a huge challenge. Not only are you playing Trim in an All-Ireland final, you are playing at Croke Park.

“There are so many different things and facets to look after. You have to get the players recovered and rested and ready after the game on Saturday. It was physical and it was a tough battle, especially when you go down to 14 men and then you have to get them ready for a new challenge almost straight away in an area that a lot of them won’t have been before. It’s an arena that’s very different to anything else they would have been on, so it’s a big week ahead and fingers crossed we can get ourselves ready for it.”

Hugh has been grounded throughout this journey, and while he may have his moments on the sidelines, he is level-headed enough to know while history is bring made with every game and every victory, there is zero time to reflect and pat each other on the back.

“There’s a tweet going about at the minute from Diarmuid Baker saying wouldn’t it be class to play in an All-Ireland club final. I’m sure when he posted it, he never thought he would be anywhere close to it,” he continued.

“This group have exceeded all expectations. Our aim at the start of the year was to win Derry and only when we got that monkey off our back did we start thinking of anything else. They are such a good group that no matter what happens and what comes up, they seem to get themselves back in the groove and back ready for the next challenge.

“We’ve a very good team around us; Paul McMenamin, Raymond Tracey, Marty Dunne and Guy Cunningham who are all football mad, football heads and who can read a game just as well as anybody that’s out there. Between us, we will have a lot of footage covered. We will do our homework; we’ll pass that onto the players and we will spend the entire week focusing on what we need to do to be successful in the game.

Hugh isn’t planning on giving a rousing speech that would raise the hairs on his players’ arms and necks. That’s not his style. Instead, he will talk to his players, man to man, and remind them just how far they have come and what they still have to do. He will do so with the memory of Brian Óg McKeever in his heart.

“I’ll just be giving the last pearls of wisdom for want of a better term,” he said. “This is what we’ve worked in, do we understand what our roles are and are we ready for what challenge is going to be ahead of us. Make no mistake about it, Trim are here on merit, they are a real good, strong physical outfit, full of footballers, with a really good forward line. They are not here by mistake; they have earned it just as much as we have and we have got to respect that. But we also have got to show what we’re about and impress our talents and our strengths on the game.”