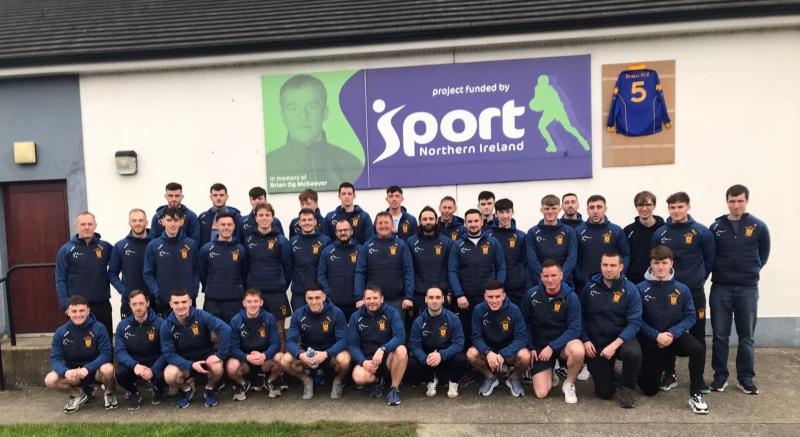 Steelstown Brian Ogs are into the All-Ireland Intermediate final after a hugely dramatic semi-final against Kerry champions Na Gaeil in Mayo today.

If Steelstown supporters thought they had seen it all on this incredible journey, they were proved wrong at the Connacht Centre of Excellence today as their team dug deep to hold to book their place at Croke Park next week at the expense of Na Gaeil, who were strong favourites heading into the game.

Showing that they were not going to be overawed by the occasion, Steelstown took the game to Na Gaeil in the first half, and while they were grateful for eight wides from their opponents un a fascinating first period, Steelstown were extremely clinical at the other end, with the brilliant Ben McCarron scoring every one of 1-3 points, including a fine goal which came after he arrowed the ball into the corner of the net after Na Gaeil defenders failed to clear their lines.

Steelstown led 1-3, 0-3 at half time but the momentum seemed to be shifting early in the second half when Na Gaeil reduced the difference to just one point before Steelstown were then put down to 14 men, with Diarmuid Baker receiving his second yellow card. Rather than sit back, Steelstown took the game to their opponents and restored the three-point advantage before Na Gaeil fought back again.

The Derry side went into three minutes of added time 1-6, 0-7 ahead but the best drama was still to come. Steelstown were then awarded a penalty and Na Gaeil goalkeeper Burns was black carded before a lengthy injury to defender Stefan Okunbar hold up play for a considerable period. When the dust eventually settled, Cahir McMonagle stepped up to fire the ball into the top corner and send Steelstown into their first All-Ireland final, with the final whistle bringing scenes of great celebration.