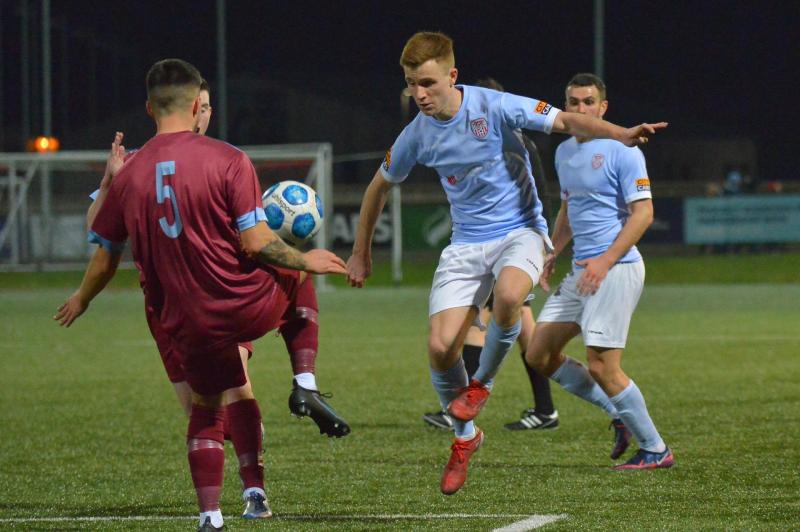 Caoimhin Porter stole the show at the Brandywell with two late goals as Derry City won this year's Billy Kee Memorial Cup with an impressive showing against Institute.

The 18-year-old came off the bench to score twice in the final ten minutes, the second of which had a big Brandywell crowd on its feet in admiration.

A significant crowd attended the game, with many City fans hoping to see thew club's new signings in action, and they were not disappointed, with six of the new arrivals, plus trialist Louis Britton all starting.

The opening goal came on 22 minutes and it was an unfortunate moment for ‘Stute goalkeeper John Connolly, who did brilliantly to save from Jack Malone, only for Britton to put the rebound into the empty net.

The second half was just a few minutes old when Derry City doubled their lead, and it was a special moment for Duffy, who found the net from 25 yards with an effort which Connolly failed to keep out despite getting both hands to the ball.

The third goal followed when second half substitute Ciaron Harkin produced a superb pass in behind the ‘Stute defence to put Britton in, only for the striker to be fouled from behind by Rhys McDermott as he prepared to sheet. Referee Diarmuid Harrigan pointed to the penalty spot and Will Patching stepped up to pick his sport to make it 3-0.

The substitutions just kept coming, 20 in all, but young defender Porter made sure his was the name on everyone’s lips at full time with two goals in three minutes.

His first came moments after Danny Lafferty had somehow missed a sitter from close range, shooting straight at Muldoon with the goal gaping. The loose ball fell to Porter and he lashed it high into the of roof the net.

The best was saved for last however as Lafferty then turned provider with a pinpoint cross into the heart of the ‘Stute area and Porter arrived to spectacularly smash the ball past Muldoon and into the net to make it 5-0.