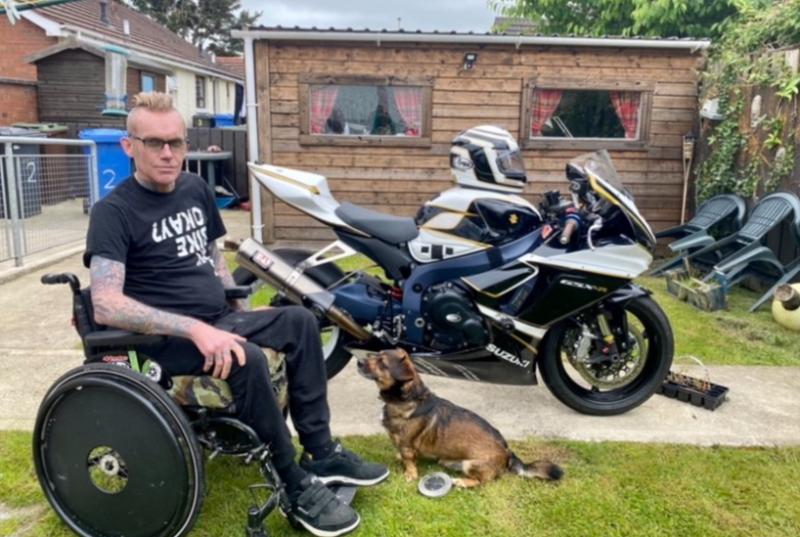 Sean pictured in front of the custom built bike that allows him to ride and his beloved dog, Buster

Sitting with his beloved dog, Buster, Sean Friel points to all the biker memorabilia around his home from the signs on his front windows to the artwork all around the house; he even sports a biker slogan t-shirt as we chat.

Biking was and still is his greatest love. The thought of not riding a bike again was, and now is again, a heartbreaking concept to the Derry man.

Sitting in his kitchen, covered with photos of all those that have helped him these last six years, he tells me that he wants this story to be a thank you, a thank you to all those that rallied round them and created the "collection of small miracles" that saw Sean get back on his bike despite his life changing injuries.

When Sean woke, after spending a month in a coma, he was paralysed from the ribs down and left with the inconceivable concept that he would ne ever be able to ride a bike again.

He remained in Belfast's Royal Victoria Hospital for a further two months in a spinal ward and then three months thereafter rehabilitating at Musgrave Park Hospital.

Sean takes out his phone and shows me the X ray scans that show the immense amount of metal that is currently keeping his bones and spine in place.

Despite his devastating accident on the bike, Sean never gave up the hope of one day riding again after reading an article that was published in Motorcycle News (MCN) about a man in England called Talan Skeels-Piggins.

Talan was a naval officer who had an accident on his bike, resulting in a similar injury to Sean’s, but he had managed to get back riding his bike. This gave Sean hope that he hadn't felt since the accident.

Through the undying support and collective effort of family, friends and strangers, five years after his dreams of biking appeared shattered, Sean was able to get back on his bike again. 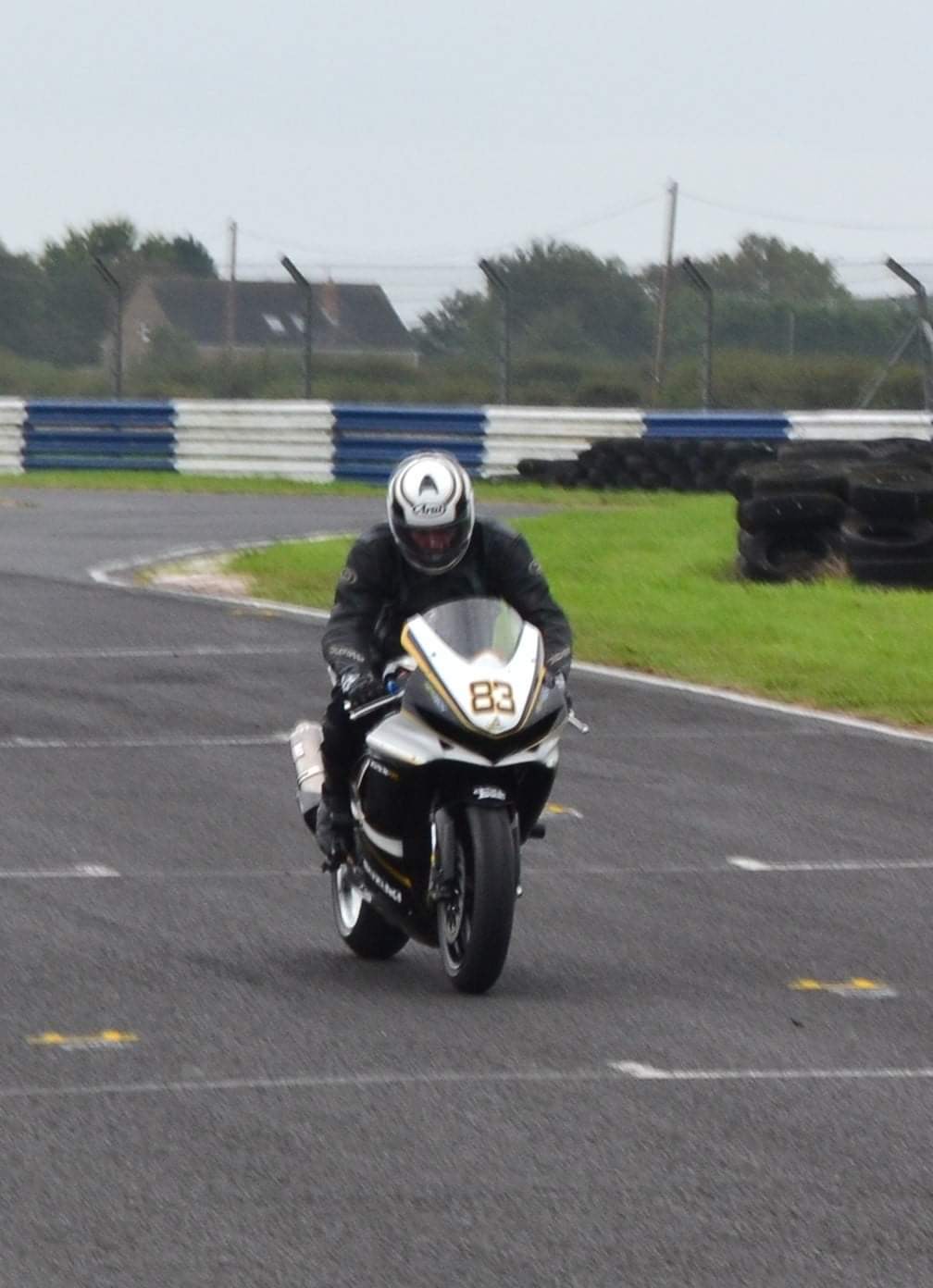 Reflecting on his journey, he wanted to take this time to thank all those who have been there throughout the years; both before and after his accident.

He said: "The focus is not the bike or the accident or my injury, it's about everyone who showed up. I want to thank everyone from the bottom of my heart, who helped me get back on my bike. I don't know what I would have done without them. It has been a collection of tiny miracles ever since."

"I want to thank the NHS who I wouldn't be here without them. The Housing Executive for all they've done to modify my bungalow to suit my needs. "Everyone who helped me in my recovery and got me back on the bike. Biking is everything to me so to get that back when it seemed impossible means so much to me." 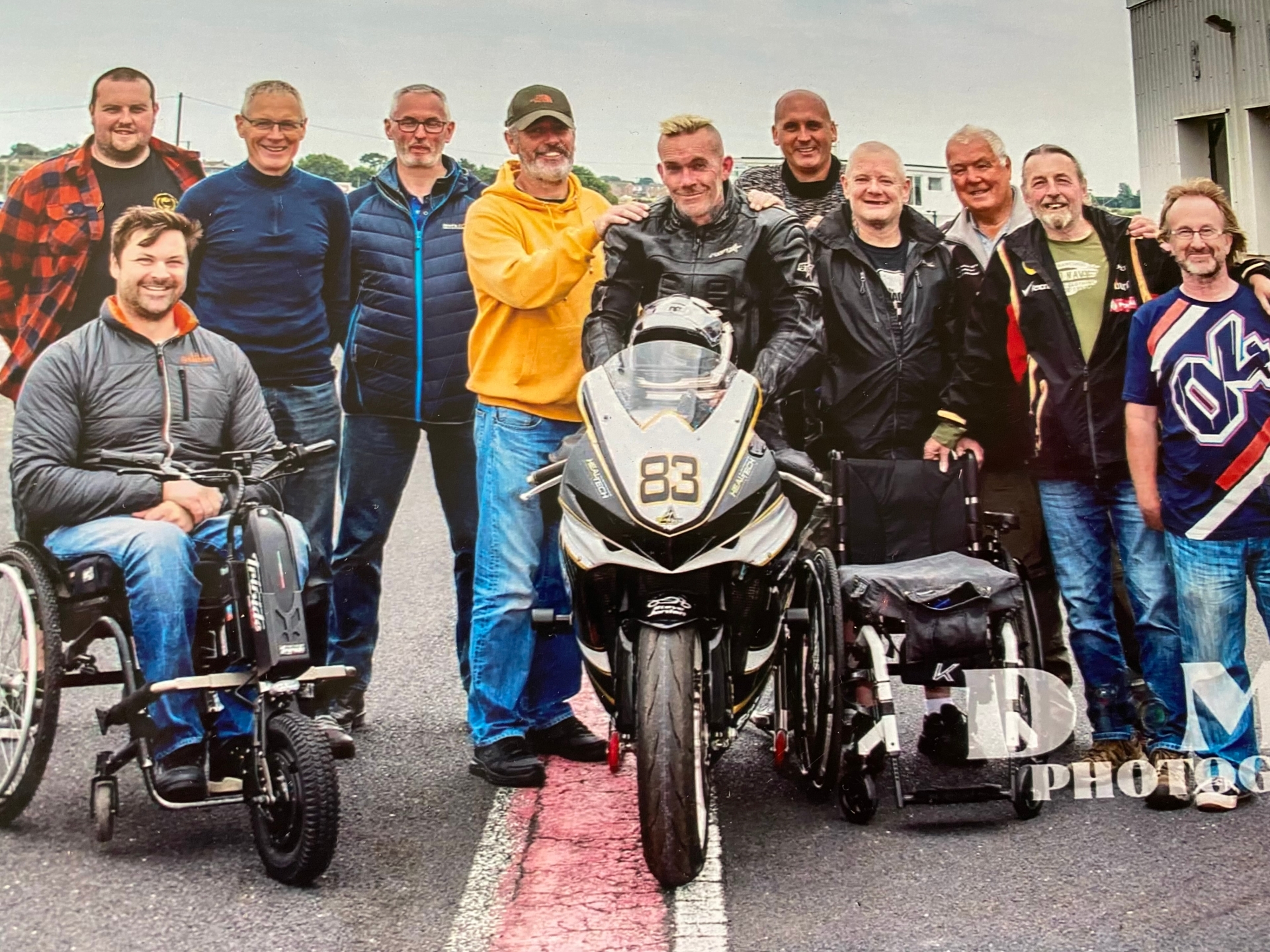 Sean has been obsessed with motorbikes since he was a mere seven years old. He recalls the poster of his motorcycle racing idol, Barry Sheene, on the bedroom wall all those years ago as his current bedroom still dawns giant motorbike artwork above the bed.

Sean continued: “I’m crazy about bikes. When I was in the hospital, I was reading magazines and watching videos. I was grateful to be alive but I knew my life would never be the same and I could never have dreamed it would be possible for me to ride a bike again.”

Sean is currently still riding, although he doesn't know for how long, thanks to a bike adapted to suit his disability, shifting gears with his thumb as opposed to his feet.

Sean rides his motorbike based on the system that Talan devised- the “launch and catch” system- where you need two other people to help with taking off and stopping.

Sean recalled the revolutionary moment when he realised that riding a two-wheeled motorbike was once again a possibility, even if just for one last ride.

“I couldn't believe what I was seeing when I was shown his documentary on YouTube, ‘The Little Person Inside’,” Sean said.

“It was an amazing moment. Talan started a charity called ‘The Bike Experience (TBE)’, with adapted motorbikes, to help other disabled riders get back on a bike.

“A group of friends and I had arranged to travel to England two years ago to take part in a ride on my 50th birthday, but because of Covid, the event was cancelled.

“Since then, Talan and his team received sponsorship from Yamaha, so he put his old race bike, a Suzuki GSXR600 L1 up for sale. He has won loads of trophies on that bike, including Le Mans."

Sean shows me outside to see his beloved motorbike, proudly parked beside the custom built shed that was built specially to house his dream bike. Seans' friends, old and new, came together and managed to build the bike stable in just ten days to accommodate Sean's new dream.

The 52 year old fears that his injuries may now be taking hold and doesn't know how much longer he will be able to ride. He hopes to get back on the track next month but tells me that may be his last ride.

Looking back at his first time on the bike, Sean explained that he owned the bike for nearly a year before even attempting to ride it.

He continued: “I had tried everywhere. I then got a number for Kirkistown Race Circuit in County Down and I spoke to the track manager, Richard Young, and he offered me the track to myself for a couple of hours the following week. I just could not believe it.

“A few ones from the old biking days kindly volunteered to come to the track and help out in any way that they could. Alistair McSorley, who had attended TBE with Talan, coached me at the pit lane of the track, just going slowly in straight lines.

"That was so much more difficult than I had expected. I thought I would just get on the bike, point it, twist and go, but I was so wrong.

"The best way to describe it would be to compare it to a four-year-old learning to ride a two-wheeler bike for the first time. And, like a four-year-old, I fell over a couple of times. It all went well, I had a grin on my face for a week, and we arranged to go to the track another day."

Sean currently gets to ride his motorbike, a chance he never thought he'd get again, thanks to the 'launch and catch' system that Talan had adapted.

Sean tells me that his ability to ride his bike relies primarily on trust. The trust between him and John McBride launching him and Michael 'Dirt' Carlin catching him. 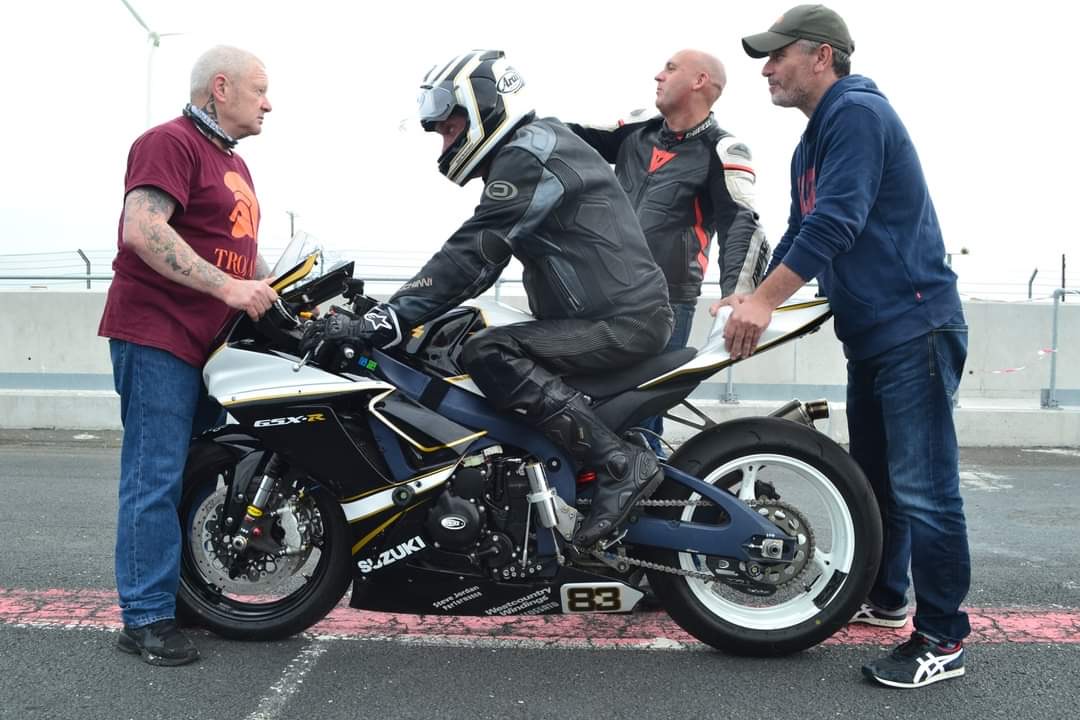 Sean continued: "The three of us have to work together. We have to have 100% complete trust in each other, which we do. Without that trust, it just wouldn't work.

“I still can't believe I've managed to do it, to ride my bike. I hadn't been on a racetrack in two decades but to be riding again, no matter where it was, was amazing.

"But aside from that, what is most amazing and what means most to me is all the amazing people, sometimes complete strangers, who came together and continue to come together, to help me."

He points to a picture above the radiator in the kitchen and explains that every individual in the picture has helped him get to where he is now; friends and strangers alike.

Sean added: “I am proud to be part of this special group of amazing people. There's been a lot of magic in dark times. It really has been a collection of small miracles happening all around me since my accident. It's a miracle I'm here at all.” 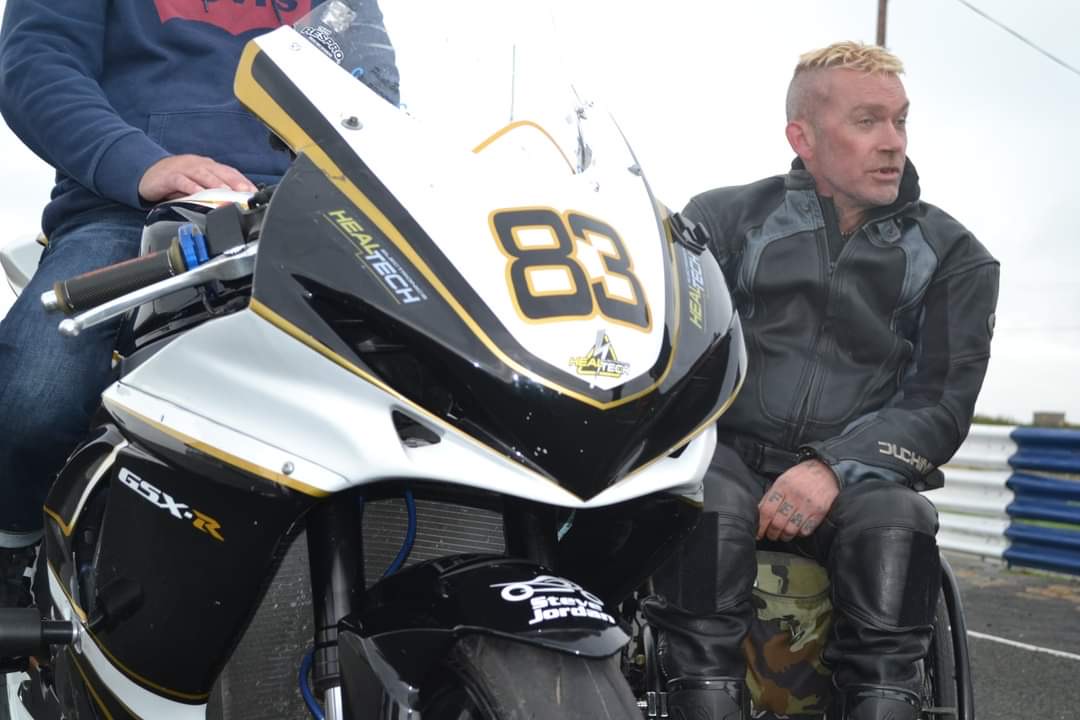