"As we know, there's no cure for dementia at the minute, but early diagnosis is vital in slowing the progression down" 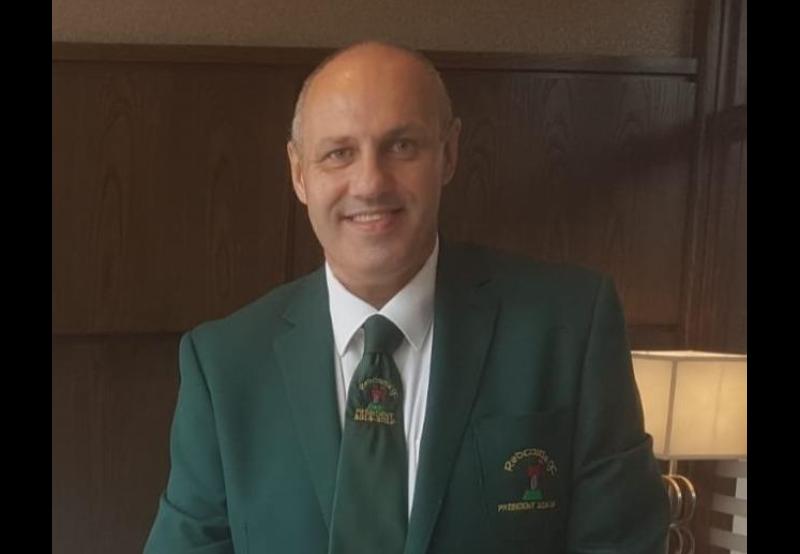 Derry Dementia Advisor, Howard Clarke, wants to help as many people as he can to be in control of their symptoms and diagnosis

Dementia Action week is set to take place next week from Monday May 16 to May 22 with the hopes of encouraging people to get an early diagnosis.

Alzheimer's Society is fully supporting the movement in the hopes that the people of Derry and beyond look out for symptoms and seek help as soon as possible.

Dementia is the term applied to a group of symptoms that negatively impact memory, but Alzheimer's is a specific progressive disease of the brain that slowly causes impairment in memory and cognitive function.

The exact causes are unknown and despite medicines being readily available to help post diagnosis, there is currently no cure available.

Derry Dementia Advisor, Howard Clarke, whose own mother in law sadly suffers from dementia, says early diagnosis is vital in getting ahead of the disease.

"That's the message, it is all about getting an early diagnosis," Howard explained.

"The benefits of getting an early diagnosis are vital; it allows both the person with dementia and the carer to get practical advice and support. They can plan for the future.

"This allows people to prepare financially by maybe looking to get a power of attorney, increasing benefits and getting on top of their pensions.

"It also allows them to prepare emotionally, to get a real sense of relief, just to know what's going on, and what's ahead of them.

"It also means they can then try and reach out and get the support from both statutory and voluntary bodies, including ourselves.

"There is help available for people to manage the symptoms, which includes medication and slowing the disease down.

"As we know, there's no cure for dementia at the minute, but early diagnosis will slow the progression of the dementia down.

"We want to let people know that if you have any worries, and you think you might see some of the signs and symptoms - which are memory loss, slower communication, changes in behavioral patterns or even sudden aggression- go to your GP.

"These symptoms are not always directly caused by dementia, they can be a result of many things such as a UTI, but it is better to be certain.

"If the GP suspects that is what it is, they'll refer you on to the local memory service, The Memory Clinic, and then the specialist there will carry out memory checks.

"They could arrange for a scan to see whether there are any changes in the brain. If there is, then people get their diagnosis."

Howard, who has been involved with Alzheimer's Society for six years now, wants to assure people that the Society is there to help even if there hasn't been an official diagnosis and they are available from anywhere between prognosis to palliative care.

There are currently waiting lists for consultations for diagnosis but Howard does not want this to deter people from reaching out.

"We want people to reach out to the likes of ourselves at the Alzheimer Society, or any other professional and voluntary bodies, to help them on the journey ahead.

"We do know that there are waiting lists at the moment for consultants, to get a diagnosis, which does put people off.

"We also know some people, of course, think that their symptoms are just a normal symptom of aging, but it's not always the case. Some people also don't want to go and see their GP because of the stigma of living with dementia. A lot of others don't want to burden their loved ones.

"But that is the point of the coming week is that we need people, if they are under any illusion that their loved one or themselves may have a symptom, to get in touch with their GP.

"People need to get ahead of the disease and unlock the treatment. There is care and support out there that is available for both the person who may be living with dementia and their loved ones."

Howard's mother-in-law currently lives with dementia but thankfully caught it at an earlier stage due to Howard's experience.

Howard hopes to use both his personal experience and professional knowledge to help as many people as he can.

Howard continued: "I can certainly empathise with the people that I come in contact with because of our situation but the progression and symptoms of dementia is individual. Everyone's journey is totally, totally different.

"But, it's better to say I can empathise with what they're going through and how tough it is to actually care and look after someone who's living with dementia.

"Which is why again, people need to make that initial step to get the support. It's human nature to want to be independent, Irish people are very, very proud people and keep a lot to themselves.

"I often hear people say 'I can do it myself,' or' I don't want help from anyone,' you know, people are proud sometimes but in those cases, the carer often burns out. You've got to reach out and take all the support that is thrown at you, you really have.

"Getting that early diagnosis is so, so vital to get that additional support from whoever it is, for both you and your family. It's a lot for the loved ones, too.

"We just want to ease that emotional toll, for both the person diagnosed, and the support system around them.

"If we can reach out to even a few more people, that is a job well done."

To contact Howard at Alzheimer's Society, you can call at: 07902345229 or via email: Howard.Clarke@alzheimers.org.uk