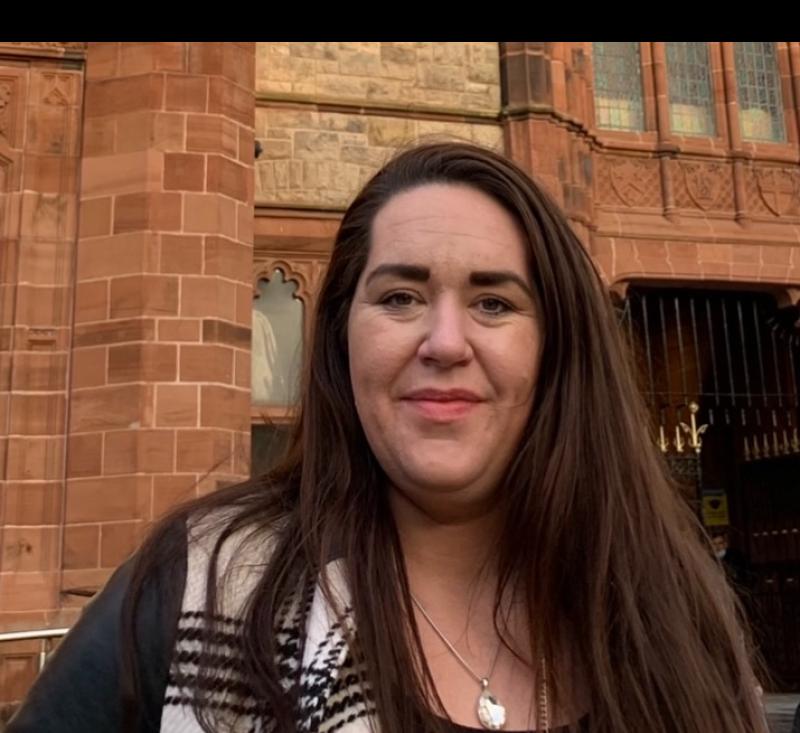 Rachael Ferguson: "For us to have had the results that we've had is amazing."

Despite not being elected to represent Foyle, Alliance candidate, Rachael Ferguson insists it has been a fantastic day for her party.

Cllr Ferguson, who represents the Faughan ward on Derry City & Strabane District Council, was eliminated at the seventh stage of the Foyle count.

However, her party has had its best-ever electoral performance and has now established itself as the third major force in Northern Irish politics leaving both the UUP and the SDLP trailing in their wake.

For Cllr Ferguson, she will go back to her Council duties – starting on Monday in the re-arranged full monthly meeting that was postponed last week due to the recent strike – but she and her Foyle branch Alliance colleagues are eager to build on the progress they've made in Derry.

She said: “The positives I can take is that we've doubled our vote share in Foyle. In 2019 I was the first elected Councillor for the Alliance in Foyle and we've had a thousand more votes than we had in the General Election. So for us, this is a move in the right direction.

“It is a bittersweet moment. We would love to have had a member elected for Foyle but the constituency is a very contested area.

“However, for us to have had the results that we've had is amazing. To have had Patricia O'Lynn elected as the first female MLA in North Antrim is fantastic.

“She has just smashed the ceiling there. We've had other great successes such as the one Eoin Tennyson also made a first by becoming Alliance's first MLA to be elected in Upper Bann.

“He's also one of the youngest MLAs to be elected and that just shows the diversity of our candidates.

“Yes it would have been fantastic for us to succeed in Foyle but we're taking the positives and will aim to build upon them for future elections.”

Sinn Féin may well have been the story of this election in creating the first time a nationalist party has become Stormont's largest political party, but the Alliance have also created a slice of history themselves in establishing themselves as a major rival to Ulster's big two.

Cllr Ferguson added: “I think our performance overall shows that the electorate want to turn away from denomination politics. They don't want the green/orange domination any more – they want people elected who will work for them.

“The Alliance is not about green or orange – we have people from all different backgrounds working together for the betterment of Northern Ireland.”