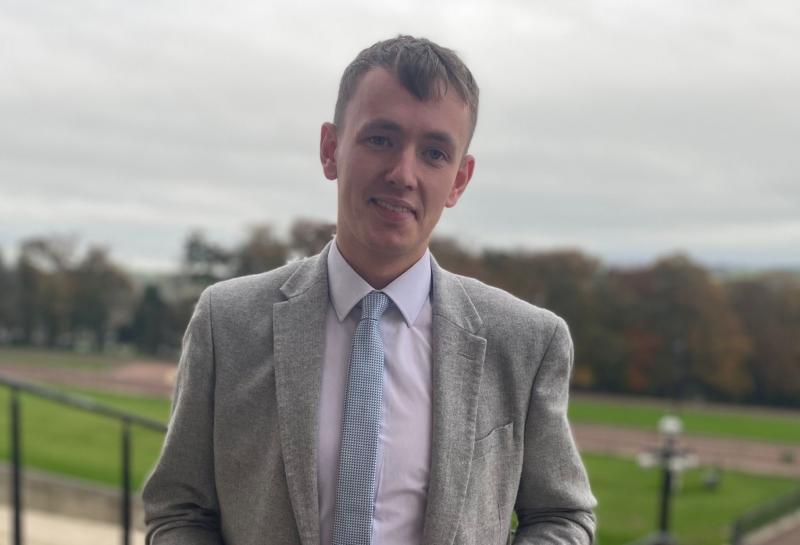 Pádraig Delargy said that the Harbour Square funding will "increase footfall to the rest of the city centre including the redeveloped Ebrington site at the opposite side of the peace bridge."

Sinn Féin Foyle candidate, Pádraig Delargy, says the Council's bid to redevelop Harbour Square will allow the full potential of the site to be realised.

Mr Delargy was speaking following confirmation that Derry City & Strabane District Council have been invited to submit a bid of over £1.7 million to the Department for Communities for the redevelopment of the Square.

As part of the City Deal proposal, see the creation of a high quality public realm project that links the historical core of the Walled City to a new attractive and lively riverfront zone.

Mr Delargy insisted the funding would allow the space to deliver a huge range of events and also pay due tribute to the role of shirt factory workers through the construction of new public artwork in the same space.

He said: “I am delighted that the council's Business & Culture committee have approved the submission of the bid the Department for Communities for almost £2m which will potentially include almost £200,000 of match funding from council.

“Once approved by the Department, the funding will allow the full potential of this key riverfront location as an events space to be realised.

“It will also further increase footfall to the rest of the city centre including the redeveloped Ebrington site at the opposite side of the peace bridge.

“I am also pleased that an artist has now been commissioned by council to begin work on the new public artwork which will pay tribute to the roll of local shirt factory workers in the local economy throughout the late nineteenth and twentieth centuries.

“Our 'factory girls' have waited a long time to see this project progress following numerous delays and false dawns.

“I am thrilled that the fruits of their labours are now being realised.”