Eastwood: Families in the North getting a raw deal as cost of living crisis worsens 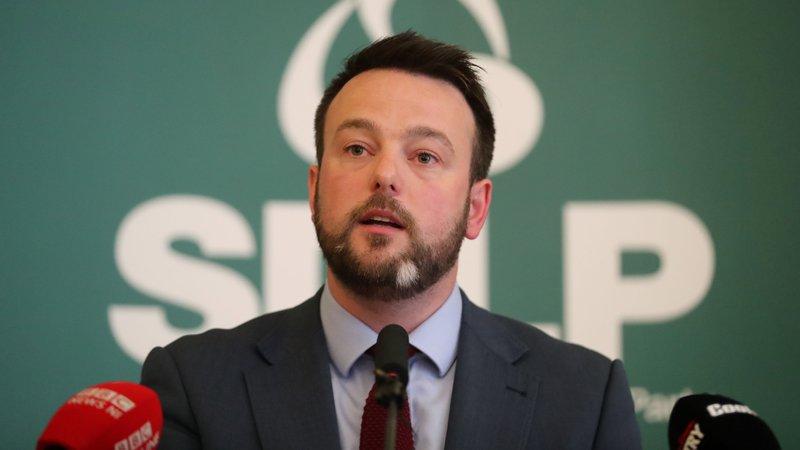 Foyle MP Colum Eastwood: "Every day I speak to people who are forced to turn the heating off or put less food on the table for their family."

Foyle MP, Colum Eastwood, has welcomed reports that the Irish Government is to take further action on the cost of living crisis by reducing VAT on energy and providing an additional three weeks fuel allowance for 370,000 people.

The Republic's Finance Minister, Paschal Donohoe brought forward measures that will see VAT on gas and electricity down south reduced from 13.5 per cent to nine per cent.

SDLP leader Eastwood said that people in the North will rightly be asking why they’re getting a raw deal from Stormont in the face of mounting fuel, food and energy bills as working families face immense strain.

He said: “Reports of further action from the Irish Government to address the cost of living crisis are welcome.

“In the South, in Scotland and in Wales, families are getting direct support from their government to address the mounting cost fuel, food and energy bills.

“Working families in Northern Ireland will rightly feel like they’re getting a raw deal from Stormont as the vast majority receive absolutely nothing while they’re hit again and again by enormous price hikes.

“Every day I speak to people who are forced to turn the heating off or put less food on the table for their family.

“Many of them are working every hour they can and working more than one job to make ends meet but the truth is they’re being badly let down by parties more interested in themselves than in putting people first.

“The SDLP has published an emergency plan that would take £300m out of Stormont bank accounts and get it into the pockets of every household and every family that is being hit by this crisis.

“Our plan would provide hundreds of pounds of support for every household and more than one thousand pounds to those most in need.

“While others fight over who holds what title, we’re fighting for a fairer deal for families across our communities.”