Ferguson: People must be partners in City Deal transformation 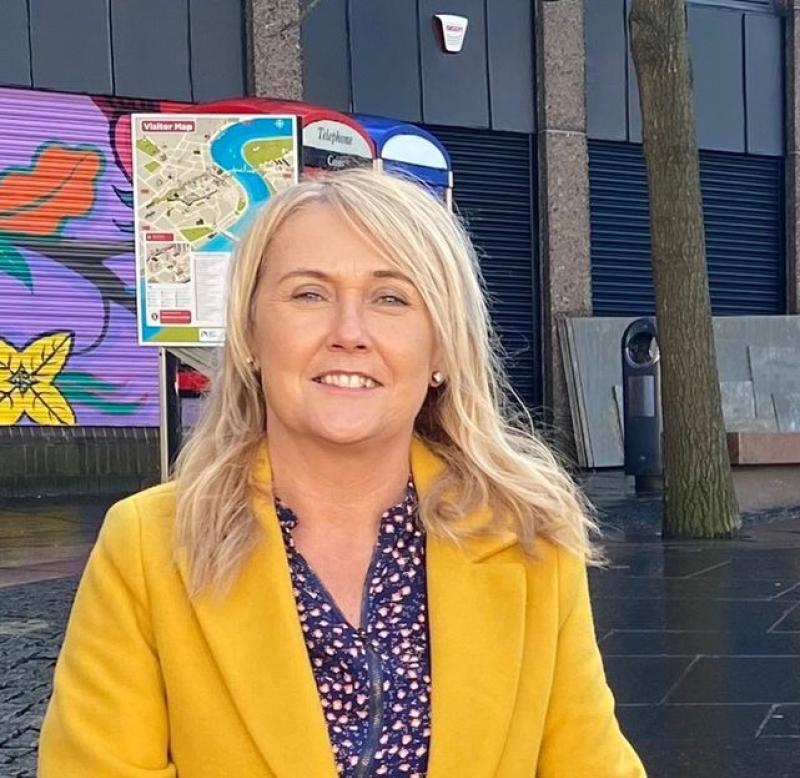 Foyle MLA Ciara Ferguson: "I will be making it absolutely clear that the people in Derry and Strabane are given a real voice in shaping the detail of the City Deal projects."

Sinn Féin MLA, Ciara Ferguson, has demanded that Derry be given a real voice in the delivery of the City Deal project.

The City Deal is a £250million package that, states Ferguson, has the potential to transform the entire region.

The Foyle MLA was speaking ahead of questioning the Economy Minister Gordon Lyons MLA over his department’s role in delivering the City Deal.

Ms Ferguson insisted that while much was made of the deal upon its announcement in February last year, she will be questioning Minister Lyons on its eventual delivery while also “seeking assurances that the outcomes will not be confined to his own Economic Strategy”.

She said: “The City Deal is the largest ever investment of its kind in Derry and Strabane. £250m of funding, including £125 million from the Executive, will be invested over 15 years to progress the School of Medicine and develop new research facilities at the Ulster University.

“It will also progress new tourism projects such as the new civic museum at Ebrington, the remodelling of the city's riverfront and the regeneration of Strabane town centre.

“These projects will generate up to 7000 new jobs and transform lives, livelihoods and the wider economy across this entire region.

“A huge range of support is required from government over the coming years to ensure the council and other delivery partners have the additional resources required to roll out the City Deal projects and other programmes included in the council's Strategic Growth Plan.

“Our local residents also need to be fully consulted on how the City Deal projects are implemented. This includes discussion on how local residents will be upskilled to allow them to access the positions that will be created.

“I am scheduled to question the Economy Minister in the assembly this week regarding the supports his department will put in place to transform the City Deal’s potential into a reality.

“I will be making it absolutely clear that the people in Derry and Strabane are given a real voice in shaping the detail of the City Deal projects.

“I will also be seeking assurances that the outcomes will not be confined to his own Economic Strategy which to date has not met the needs of the economy in the North West.

“The Minister should instead provide the support needed by our local agencies to roll out both the City Deal and Strategic Growth Plan projects that are matched to our local needs and designed by our local residents.”

In response, a spokesperson for the Department for the Economy said: “The Minister is fully supportive of the City and Growth Deal Programme which will see an estimated investment of £1.5 billion in Northern Ireland’s economic infrastructure over the next 10 to 15 years.

“The investment will play a key role in the delivery of the Department for Economy’s 10X vision and support the Economic Recovery Action Plan.

“City Deals are an unprecedented funding opportunity which will not be repeated and are key to promoting sustained growth across Northern Ireland with sub-regional focus. A key priority for the Minister is to drive momentum and support the councils and their partners to get the projects off the ground.”