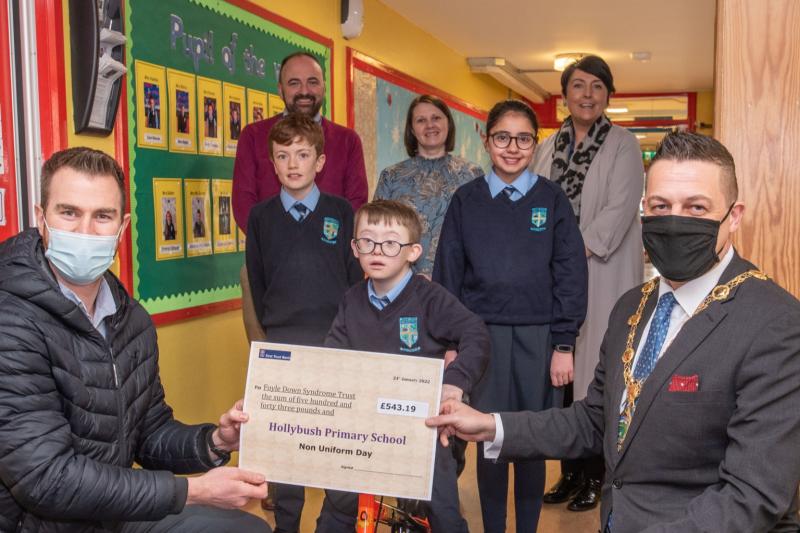 Pupils and staff of Hollybush Primary school in Derry have donated money they fundraised to the Mayor's charity, Foyle Down Syndrome Trust.

The money was raised by the school during a non-uniform day and amounted to £534.19.

Mayor Warke said: "I was so pleased to attend Hollybush Primary School today alongside Foyle Down Syndrome Trust manager Christopher Cooper to receive a cheque for £543.19 that will be donated directly to FDST and will go towards their continued excellent work.

"Thanks to Donal, John and Ella for presenting me with the cheque today and thanks to all the pupils and staff at Hollybush PS for their donations.

"It makes a huge difference and I really appreciate your generosity and support for this fantastic local organisation."

"An impressive amount of £543.19 was presented along with some recent additional donations for the Mayor's chosen charity.

"Year 6 pupils Donal Chandler, Ellie Mankoo and John Harley Baxter were on hand to greet the Lord Mayor and Christopher who extended their sincere thanks to the whole school community on raising such a substantial amount at such short notice.

"This reflects the truly generous spirit of the staff, parents, and pupils in Hollybush. Well done everyone."