“I feel it's the best song I've ever written” 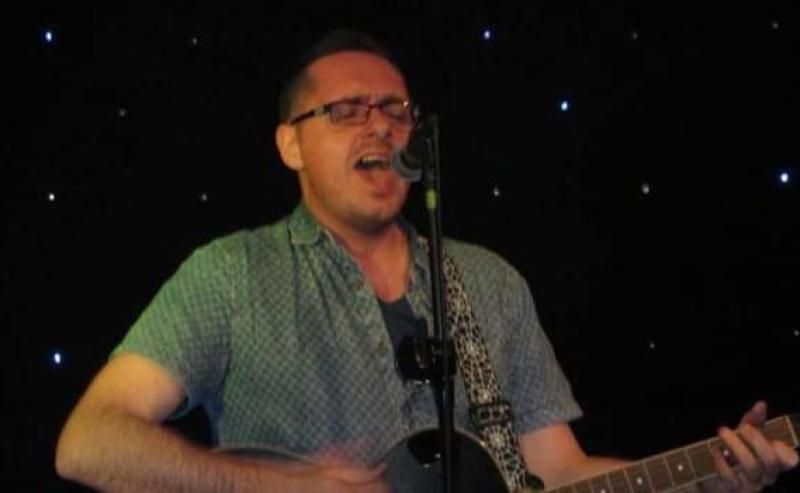 Singer/songwriter, Louis McTeggart, is set to release his new song 'I Used To Dance' this week

Singer-songwriter, Louis McTeggart, originally from Fermanagh who now resides in Derry, has released an original song, ‘I Used To Dance,’ that he penned after being moved to tears watching the viral video of Marta Gonzalez.

Marta Gonzalez sadly passed away shortly after the video of her dancing was released.

Marta was a Spanish lady who suffered from Alzheimer's. She was filmed dancing along beautifully to "Swan lake" in the Muro De Alcoy care home in Valencia, Spain in 2019.

The video of Marta, an ex-ballerina, went viral as the world was moved by her story, including Louis.

Louis believes it is the best song he has written to date and said Marta and the subject matter is very close to him, as he does a lot of work as a musician in care homes.

“I was inspired to write the song in late 2020 after watching the video, it was so emotional,” Louis said. “I wrote the bulk of the song in five or ten minutes.

“When the music started, Marta came to life, which brought me to tears. I just felt that Marta served as a beacon of hope in a time of great sadness and uncertainty, she was inspirational.”

“I refined the lyrics over the next few weeks before posting a live video of it on Facebook which got a great response. This inspired me to get it recorded and give it a proper release.”

Louis has travelled the world for the last 20 years, performing, recording and collaborating.

The 41-year-old grew up in Fermanagh and started writing songs at the age of 16 when he also started learning guitar.

Louis continued: “The first song I learned was actually one of my own, as odd as that sounds. At the time I was really inspired by Oasis, Radiohead, The Verve and Jeff Buckley.

“It was then that I first moved to Liverpool at the age of 19 and, for the next ten or so years, I floated between England and Ireland chasing the dream of becoming a famous singer/songwriter.

“Those years were a struggle but I did manage to get some of my songs used on TV, film and radio. I think I was inspired by people who heard the songs I wrote in the first few years.

“People in Enniskillen are very cynical naturally and even my friends and family were not convinced until they actually heard what I was doing.

“I think it was their sudden change in attitude that convinced me a career in music was worth pursuing.”

Louis is a full-time musician and is currently playing gigs across Northern Ireland and recording new material after years of hard work.

"For a long time, I had to work bar and shop jobs to support my song-writing,” he said, “But about six years ago, after graduating with a music degree as a mature student, I started playing in care homes and day centres which got me into the covers game.

“I started playing in bars around Ireland, Belgium and Denmark and this led me into playing on cruise ships, which I have been doing on and off for the past five years.”

Louis has lived in and out of Derry since 2001, after first moving here to do a music course at Tech before moving to Newcastle in 2003.

Louis came back to Derry in 2008 to go to Magee before leaving around 2017 to travel on cruise ships and ferries.

He then returned just before lockdown 2020 and has lived in Derry since, during which time he penned his new song.

“I find my creativity is a good indicator of my mental health and I'm at my happiest when I'm inspired and productive.

"Lockdown was hard. I had decided to take a break from cruise ships in late 2019 and moved into a flat in Derry and bought a new car in January 2020.

“My plan was to be a full-time musician at home for a while, I had around six or seven gigs booked over St Paddy’s weekend but then everything was shut down.

“I know I was very lucky to have no-one in my family get sick or pass away but I found the isolation awful to deal with.

“I'm really happy when I'm busy doing what I enjoy and having little outlet for music was difficult.

"I did weekly Facebook gigs and recorded live videos of new songs to keep myself occupied and also did a few online courses.

"I found having so much time on my hands, when everything was so uncertain, was hard to deal with.

“In the end, I was very lucky though, I joined a cruise ship in June 2021 and was part of one of the first teams to get back to work in the whole world.

"By the time I got back to Derry, the lockdown was more or less over.”

Louis hopes that with the new song release, he’ll get the chance to play his own material live again soon, in Derry and beyond.

Louis said he has always been drawn back to Derry by the music scene and the vibrant nightlife.

The song will be available on all streaming and music download platforms including Spotify, Apple Music and Amazon.

To keep up with Louis’ music journey visit: https://www. facebook.com/louismctmusic/