"Renewable, sustainable fashion has always been a passion of mine" 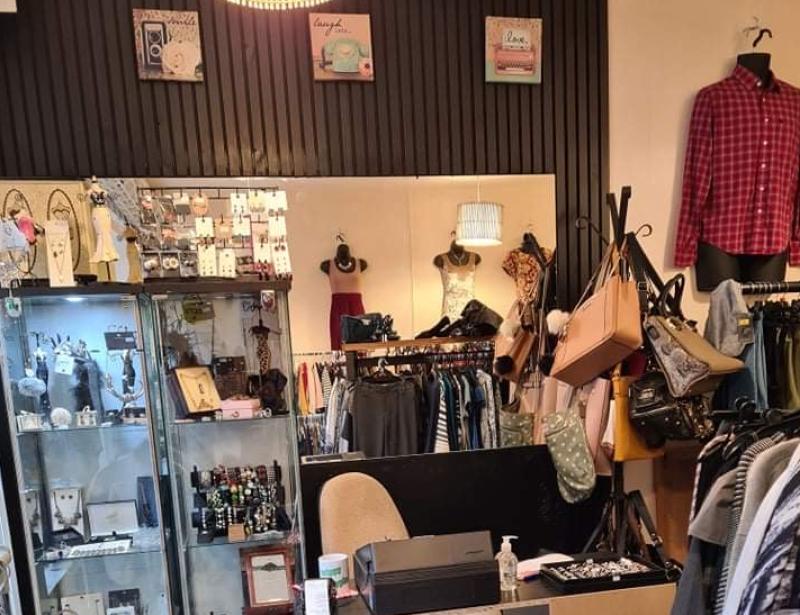 Anne McGowan, has opened her new shop, Preloved Threads, on Derry's Waterloo Street in a bid to reuse, repair and recycle unwanted clothing.

The business is buying clothes people no longer want, some of it never worn, or clothes that may need repaired, to sell on, instead of them being thrown away.

Anne said: "The business idea came originally from myself working in a local charity shop. A lot of clothing donations received by charities are stained, need freshened up or need a small repair.

"However, the majority of charity shops in Derry do not have washing or drying facilities. As a result of this a good percentage of donations need to be ragged.

"They are then sold on as rags of which a fair majority of these rags end up in landfill.

"I was horrified, as I am very much into doing my bit for climate change."

Fast fashion is the second most polluting industry in the world today. Textile production requires significant amounts of chemicals, water, energy and other natural resources.

It takes approximately 20,000 litres of water from growing the cotton to the dyeing process to produce one pair of jeans and one t-shirt.

Anne continued: "Throwing clothes away not only wastes money and resources, but can take over 200 years to decompose in landfill whilst releasing methane and other poisonous gases into the atmosphere.

"I don't feel like we can really justify this when so many of the world's population are without safe and clean water."

Renewable sustainable fashion has always been a passion for Anne, "Coming from a working class background where spending money was limited, I loved shopping in charity shops which were like mini Aladdin's caves to me," she said.

"Over the years I have had some amazing quirky finds for very little cost. I opened Preloved Threads the week before Christmas. For me, it was a case of now or never.

"Thankfully my family were 100 per cent supportive. We are located right in the heart of the city.

"We sell good quality second hand ladies, mens and children's clothing and accessories, as well as some vintage items.

"Our aim is to provide clean, affordable clothing and to stop textiles ending up in
landfill.

"This has been a dream of mine for some time. It felt amazing to open. It has been hard work but I firmly believe it will be worth it.

"So far the response has been excellent. Local people seem genuinely interested and already we have our regulars.

"The items we sell are sourced locally. We have been buying clothing, etc. by the bag from local people.

"We have access to washing and drying facilities ensuring all our customers can avail of freshly laundered items.

"A lot of the items we receive I would describe as impulse buys, that is new with tags, that people have thrown in the back of the wardrobe and never worn.

"I do believe that now is the right time to open with much of the world's focus being on climate change.

"Added to this, the current Covid crisis has forced the economy to its knees: with job losses, the ending of furlough, the abolishment of extra allowance which had been added to universal credit and the rise in electric and gas prices. This has left large numbers of people with very little money.

"We can all do our bit to combat this waste by reusing, repairing and recycling."

According to a study by Re-dress, approximately 225,000 tonnes of textiles are dumped in Ireland each year and ending in landfill.

"This is having a devastating effect on our planet," Anne explained, "Buying preloved second hand clothes is a great way to help the environment as it saves the resources needed to produce an entirely new item and saves these items from landfill.

"Also, it is easy on the pocket and is a guilt free way of treating yourself with the possibility of finding a unique piece.

"Buying preloved, second hand items helps us as consumers to use our collective power to help reduce global warming; this can only be a good thing."