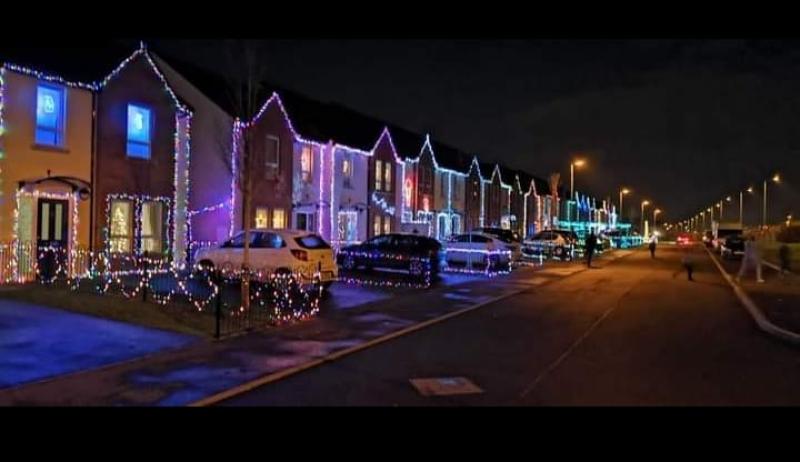 Residents at Racecourse Drive in Derry, also known as Christmas Drive, are hosting a fun-filled few days ahead in their final push to raise funds before Christmas.

Tonight (December 20) Erin Carlin, along with the Holy Family Gospel Folk Choir will be performing on the street, singing between 7 and 8pm.

Tomorrow night (December 21) The Voices of the Foyle will be performing, also between 7 and 8pm.

Santa will be visiting the street on both nights to say hello to everyone.

The residents have asked for people not to park on the street on either night, "It is really important we keep you all safe," they said.

"In order to do this, we will be closing Christmas Drive off for cars. For everyone's safety, and to allow the residents to be able to get in and out of their driveways, we ask you all to please park in Northside, which will be open, and is only a short walk away from the street.

"We hope you all understand. There will be stewards on hand to assist. We understand in some cases there may be people with disabilities, please talk to the stewards and they will be happy to help.

"Enjoy the last few days of Christmas Drive and remember all donations are for Foyle Hospice and HURT, nothing is too small a donation for these charities. See you all over the next few days."

Earlier this year, the residents united to form a Christmas wonderland on their street.

Every house is lit from top to bottom with every garden displaying festive decorations and even Santa’s sleigh for children to get their photo taken.

The families on the street have received an overwhelming response and have already raised thousands of pounds for their chosen charities.

The residents are hoping to raise as much money as they can for Foyle Hospice and HURT, an addiction services charity in the city.

After the popularity of last year’s lights, which were put up in a bid to cheer everyone up during lockdown, the neighbours decided to go bigger and better this year.

People across Derry and beyond have headed down to catch a glimpse of the amazing winter wonderland display and have helped raised an amazing amount for the charities that continues to grow.