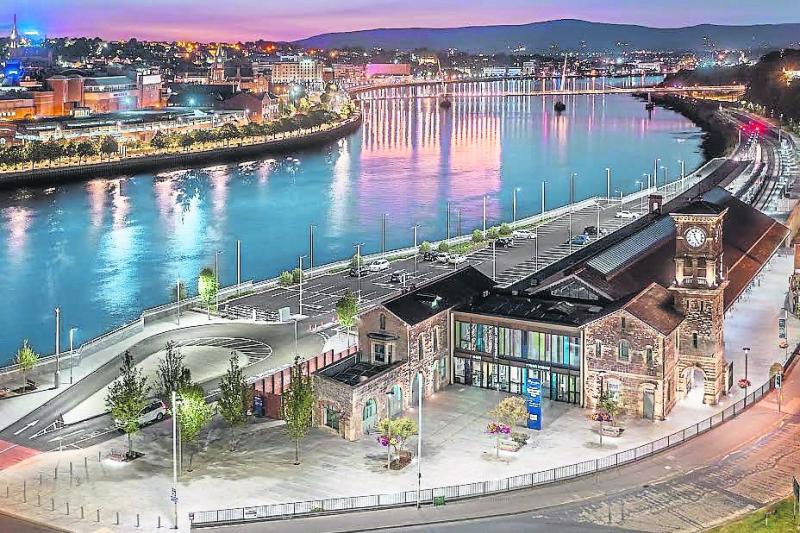 Translink has won the prestigious Best Overall Entry award at the National Railway Heritage Awards in London for the North West Transport Hub project in Derry.

The facility, planned and delivered by Translink and completed during the last year, has been a £27.5 million investment, with funding received from the EU’s INTERREG VA Programme, managed by the Special EU Programmes Body (SEUPB).  Additional funding was provided by the Department for Infrastructure and the Department for Transport, Tourism and Sport in the Republic of Ireland, as well as support from Derry City and Strabane District Council.

The North West Transport Hub is located at the former Waterside Train Station, a Grade B-listed 19th century building which served as one of the city’s main stations for a century before closing in 1980.

The building has been fully restored and repurposed for use as a 21st century transport facility, and acts as a gateway to the cross-border North West region, as well as promoting active and sustainable travel, bringing together a wide range of transport modes to help deliver Translink’s Net Zero transport ambitions.

The National Railway Heritage Awards are intended to encourage and reward best practice in the restoration and continued upkeep of the rich heritage of railway and tramway buildings and structures across the UK and Ireland.  The category of Best Overall Entry is awarded by the judges to recognise the pinnacle of railway preservation projects.

Translink group chief executive, Chris Conway, said: ‘‘Translink is delighted to have won this highly prestigious award, recognising the highest standards in railway preservation.  It is an honour to be nominated and to win amongst so many other strong contenders in railway heritage.

‘‘The North West Transport Hub is one of the finest examples of Victorian railway architecture in these islands and I am very proud of the ambitious project which saw this building restored to its former glory.  It has proven to be a real asset to the people of Derry~Londonderry, providing a gateway to the city and the wider region and acting as a catalyst for regeneration and active, sustainable travel.

‘‘I want to congratulate everyone involved in the project – the Translink project team, our contractor, Farrans/Rhomberg Sersa JV, our designer, Mott MacDonald and our architect, Consarc - whose hard work has made this achievement possible.’’ 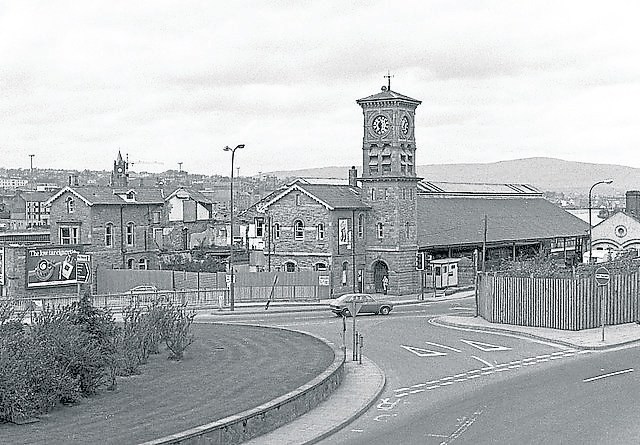 The Minister for Infrastructure, Nichola Mallon, said:  “I am delighted that my Department, in partnership with colleagues in the South, has been able to invest in the North West. This Transport Hub in Derry is just the start of what we need to meet our rail ambitions.

"The recognition the hub has received with this award is a credit to all of those involved. Congratulations to everyone involved and most importantly Translink for their vision and drive in restoring this iconic building.

‘‘If we are serious about developing our rail network, modern facilities like this are needed.

“I am ambitious for the opportunities rail can open up right across our island and particularly in addressing the regional imbalance communities West of the Bann have historically suffered.

"This week, I also announced the next steps on the all island strategic rail review, which must be a key driver of the change we need to better connect our towns and cities, opening up opportunities for citizens, communities and our island economy.’’