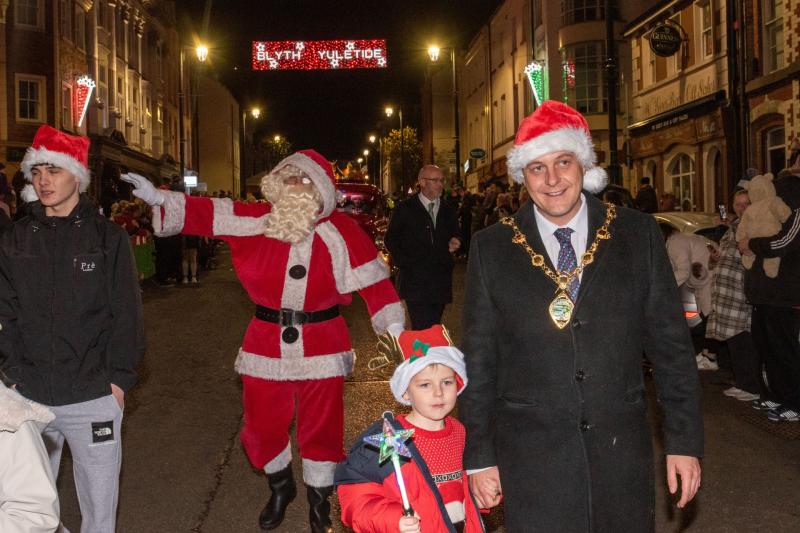 Mayor of Derry City and Strabane District Council, Alderman Graham Warke, has urged children across the Council area to send their letters to Santa.

The last day to send their Christmas lists is Thursday December 16.

Covid restrictions mean the traditional Santa Post Box in Guildhall Square has been replaced with an email system which will send letters directly to the North Pole.

Mayor Warke hosted Santa Claus in the Parlour in the Guildhall after last week's Christmas lights procession where he assured him that he would return on Christmas Eve.

Mayor Warke said: "We were delighted that Santa Claus was able to take a break from his hectic schedule to perform the lights switch on this year and afterwards in the Parlour he guaranteed me he will return on Christmas Eve.

"He said it was unfortunate that he couldn't have a Post Box in the Guildhall Square this year but his elves have set up an email address for children who can email him about what they would like for Christmas.

"He also asked me to ensure all the boys and girls in the Derry City and Strabane District are in bed early on Christmas Eve so that he can get around all the local families on time and to encourage them all to be well behaved to ensure he calls to their house."

Children can send their letters to santa@derrystrabane.com no later than December 16, to be sure to receive a response from Santa.

Full details of Derry City and Strabane District Council's Christmas Programme including the Mayor's Christmas initiative in The Alley Theatre and Guildhall are available at derrystrabane.com/Christmas