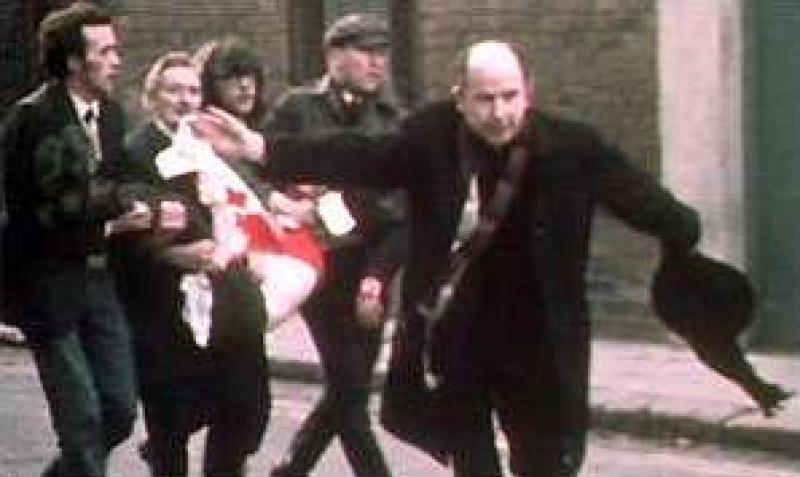 The programme of events to mark the 50th anniversary of Bloody Sunday was launched in Derry this afternoon.

Highlights include the screening of the film White Handkerchief and a special event in Guildhall Square.

Beyond the Silence will take place on Sunday, January 30, at 4.00pm, the time the killings began. The event will feature words, music and light paying tribute to the victims of Bloody Sunday.

Earlier, a Families Walk of Remembrance will leave Creggan at 9.15am, retracing the route of the January 30 1972 march, ending with a memorial service at the Bloody Sunday monument on Rossville Street.

Musical highlights include the Undertones and Damien Dempsey and special guests taking to the stage for separate concerts at the Millennium Forum.

The events, themed One World One Struggle, are being organised by the Bloody Sunday Trust who today also launched the new Bloody Sunday 50 website where details of the events planned can be found.

Speaking at today's launch, Tony Doherty, chairperson of the Bloody Sunday Trust, said hundreds are expected to travel from around the world to attend the various events.