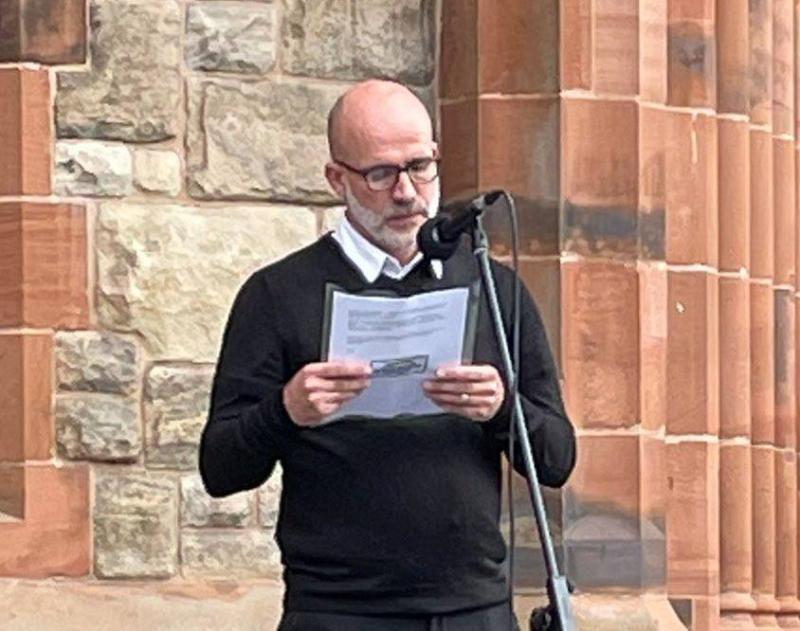 Relatives of those who lost their lives as a result of conflict-related offences spoke at a rally today to protest against the UK Government’s plan to ban future legacy prosecutions.

The families have rallied together in a stand against the UK Government’s intended amnesty for all those who committed conflict-related offences.

Emmett McConomy, brother of ten-year-old Stephen, killed by a plastic bullet fired by a British soldier, spoke to the crowd: “Nearly 40 years later, we have the British Government, namely Boris Johnson and Brandon Lewis, telling us and all the other victims of this conflict that he’s doing us a favour.

“He’s drawn a line under the past for us. This he says will help the healing process and move us further along the road to reconciliation.

“Well, I have a clear message for you, Mr Lewis and Mr Johnson, how dare you try and speak for me and try and tell me what is best for our family.

The proposed government amnesty would prevent prosecutions for conflict-related offences and close down present and future police and Police Ombudsman investigations, civil actions and legacy inquests.

Other rallies were organised in protest of the amnesty today both North and South of the border.