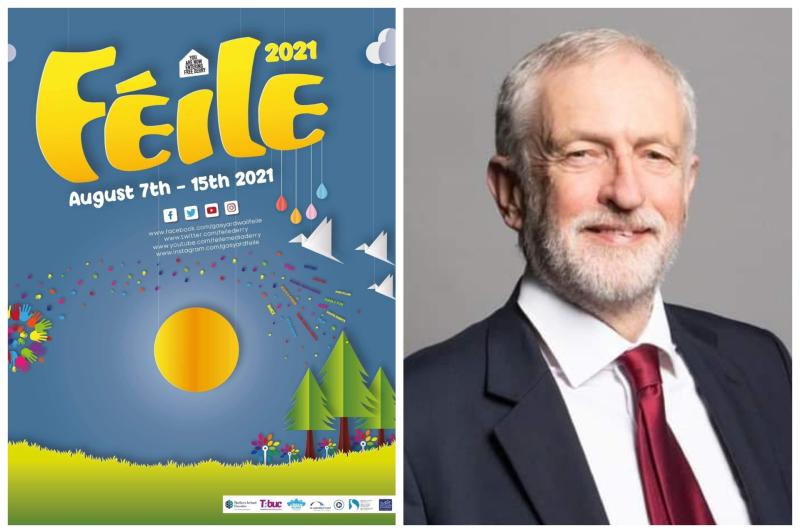 The north west’s biggest arts festival returns for the 29th year at the start of August with a packed programme of events.

This year Féile is encouraging everyone to reconnect with their communities in a safe way.

A spokesperson said: “In developing this year's Féile programme, the aim was to reconnect safely with our friends, family, performers, artists, thinkers and facilitators, celebrate everything that is great about the Bogside, Bishop Street, Brandywell, Creggan and Fountain communities, all while ensuring that the health and wellbeing of our community is protected.”

With the reopening of theatres and concert venues, Féile will feature some great live music and comedy events.

Two of the city’s most beautiful venues, St Columb’s Cathedral and St Augustine's Church will host live performances from Colm Mac Con Iomaire, David Kitt and Junior Brother while some of the biggest names in Irish comedy will appear at the festival including Shane Todd, Micky Bartlett and Diona Doherty.

As always, Féile will have loads of events for children and young people with family fun days, a Teddy Bears Picnic and the amazing Ice Cream Carnival returning to parks, streets, and green spaces across the neighbourhood.

A spokesperson added: “The last 18 months has been particularly difficult for our older residents with many having to shield and be isolated from friends, family and neighbours.

“Older people’s organisations across the area have come together to produce a packed programme which will reunite our older people including days out, bingo film screenings and social events while Doorstep Melodies will bring musical performances to older people’s residences.”

Each year Féile delivers a strong programme of political debates, talks and difficult conversations and 2021 is no exception.

Former Sinn Fein leader Gerry Adams will be in town to discuss his latest publication Black Mountain and Other Stories while Derry writer and Guardian columnist Séamas O’Reilly will discuss his acclaimed childhood memoir Did Ye Hear Mammy Died.

Sporty types are covered with the annual Colm Quigley Jog in the Bog returns in virtual format while some of the best European action sports talent will appear at The Thunder Action Sports Stunt Show at St Mary’s Youth Club in Creggan.

Youth soccer teams will battle for The Padraig Barton Cup, in memory of the late Derry Republican.

Féile will once again feature A Day for Ryan McBride and are offering a number of free bursary places for young people to attend the Ryan McBride Foundation Summer Scheme.

This year’s film programme will feature screenings in the Nerve Centre and the Strand Omniplex with strong environmental and social justice themes.

Home is a Sacrifice Zone tells the story of how Ireland banned fracking; The 8th is the story of Irish women and their fight to overturn the most restrictive abortion laws in the world; Untold Secrets is the harrowing documentary that gives voice to the survivors of Irish Mother & Baby Homes, and Dark Waters is the critically acclaimed dramatization of US attorney Rob Billott’s fight against chemicals giant Du Pont, starring Mark Ruffalo.

The Strand Omniplex will host the first Derry screening of what has been praised as ‘The Greatest Concert Movie Ever’, The Summer of Soul.

The Brandywell stadium will host a drive-in movie/premiere of the cinematic version of Guy King’s acclaimed documentary, Different League: The Derry City Story.

Due to current Covid restrictions and the limited capacity of venues, it will be necessary to pre-register for many events, including free indoor events.