The funding will directly support a significant modernisation of the site, including the introduction of cutting-edge archival content management systems 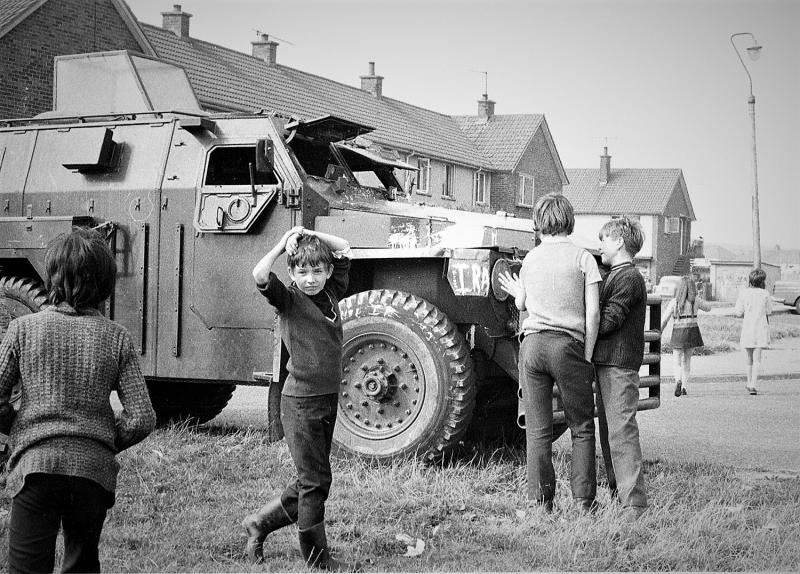 Ulster University (UU) has confirmed that its highly regarded CAIN archive at Magee will be retained as a live and curated resource thanks to a 'generous donation' from Initiatives of Change.

The funding will directly support a significant modernisation of the site, including the introduction of cutting-edge archival content management systems not available when the Conflict Archive on the Internet (CAIN) site was first pioneering online archives, over two decades ago.

The University is also making funds available to invest in the technology that will enhance the experience for all those who use the popular platform.

A UU spokesperson said: "This funding secures its future in the long term and this funding will ensure the long-term sustainability of CAIN by reducing the cost and complexity of maintaining the archive and making it possible for more academics to get involved in the curation of relevant and engaging materials."

The Derry News has highlighted the threat to the archive over the past two years and a campaign to save it which was led by scholars, researchers and citizens around the globe.

The funding announcement follows a consultation in 2019 during which Ulster University said the archive had become financially 'unsustainable' and it was eventually decided that it would be 'frozen' with no further updates.

Critics included Yale lecturer Bonnie Weir who described as 'mystifying' UU's decision to not allocate university resources to what is a 'world-renowned' archive.

CAIN was later granted a lifeline in the form of €66,561 in funding from the Irish government’s Reconciliation Fund.

But that funding only covered a short-term project to complete the CAIN Chronology of the Conflict, leaving the long-term future of CAIN in doubt.

The last time CAIN received funding from any Northern Ireland government department was in 2012 from the office of the First and Deputy First Ministers.

Today's announcement marks a step forward and puts the archive on a more sustainable footing.

Freely available on-line since March 1997, the website is a unique academic and civic resource containing a large archive of materials and information related to the conflict and politics in Northern Ireland, with new materials added on a regular basis. 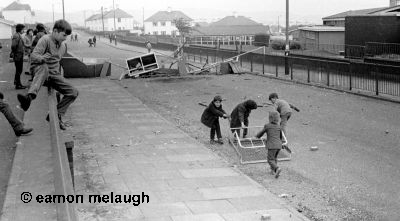 Welcoming the funding, Alec McRitchie, a member of the Initiatives of Change Committee in Ireland said: “The CAIN archive is a unique historical record of an important period in Anglo-Irish relations.

"It includes stories of people addressing the legacy of history such as those of Protestant and English people who attended cross-community Bible study meetings at Clonard Monastery in Belfast, recorded on CAIN by Trinity scholar and surgeon, the late Dr Roddy Evans.

"The archive has important educational benefits for this, and future generations and we are pleased to play our part in enabling it to be maintained as a live archive.”

Professor Paul Seawright, Executive Dean of the Faculty of Arts, Humanities and Social Sciences added: “This generous donation not only secures the live nature of the CAIN archive, but makes possible its future expansion, enabling us to overhaul the archive in ways that will benefit both the academics who contribute to it and the many thousands of visitors to the site.

"CAIN entirely reflects University’s continued teaching and research leadership in the field of peace and conflict studies and will be integral to our new Graduate Academy for Peace and Social Justice, which we are introducing this Spring.

"This investment is a historic opportunity to incorporate a range of new digital technologies that have emerged over the past two decades, and to reach new audiences. It is our ambition that CAIN will be a fascinating and lively online space for young people and educators wanting to connect with and understand the past.

"We look forward to continuing to record so many of the important, more hidden histories of our past that are critical to understanding who we are today."

Ulster University’s Graduate Academy for Peace and Social Justice will be an interdisciplinary hub delivering a suite of degree programmes and civic spaces promoting change-leadership, social justice, human rights, community development and peacebuilding through inclusive and collaborative learning and research.

Students from the new Graduate Academy will have the opportunity to play their part in the re-development of the CAIN archive.

In 1993 the Peace and Conflict Studies course referred to above was founded at the Magee campus in Derry, an internationally renowned programme offered by leading academics from the International Conflict Research Institute (INCORE).

In recognition of John Hume’s peace-building efforts, Ulster University announced funding for the John Hume and Thomas P. O'Neill Chair in Peace, to be established at the Magee campus.

Presidents and leaders from around the world, including Bill Clinton and the Dalai Lama, spoke to audiences at the campus.

There was widespread disappointment when the peace and conflict studies course was moved to Belfast.

However, a UU spokesperson concluded by saying INCORE, based at the University’s Magee campus, alongside the Hume-O’Neill Chair in Peace continues to attract global dignitaries and international delegations, and engage in a wide range of research influencing policy and practice. 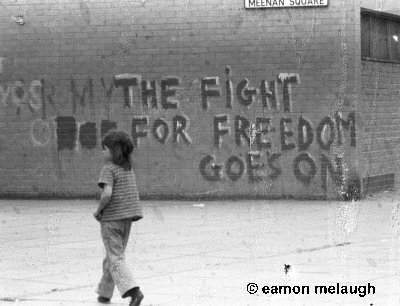 (Photo by Eamon Melaugh, from the CAIN archive).