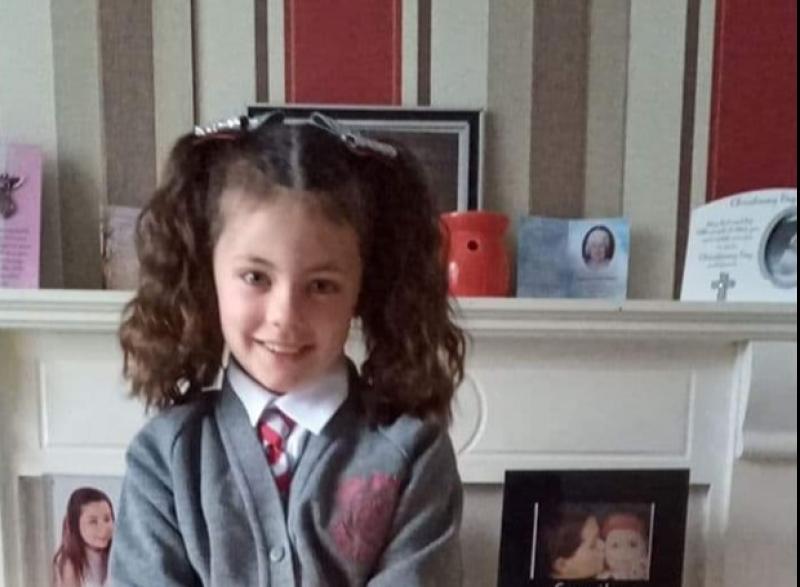 Alicia will be competing next year.

A little Derry girl has been chosen to represent Ireland in an international children's beauty pageant next year.
Alicia Nash from Ballymagroarty will travel to Sanya in China in August for the first ever 'Global Kids' competition, where she will compete in the 6 to 8-year-old category.
The pageant will see children from Romania, France, the Philippines, Thailand and South Africa take to the catwalk where they will be judged over several rounds.

Alicia, who is in  P4 at Holy Family Primary School, is no stranger to the pageant world, having taken part in the Miss Shining Light competition for the past two years.
At this year's competition, which had to take place online because of the coronavirus restrictions, she placed first runner up in the Little Miss category and has helped raise £700 for Foyle Search and Rescue and £300 for the NHS.
"She's really into fundraising and she just loves getting involved," explained her mum, Sarah Jane Scully.
"Taking part in Miss Shining Light has made her want to help others and it has also done a lot for her confidence.
"She does Irish dancing so she is used to being on the stage, but now she has developed a different kind of confidence and she's not afraid to speak up."

It was the director of the Miss Shining Light pageant who approached Alica's mum about taking part in the Global Kids pageant after she was asked to nominate a child from Ireland.

"I'm so proud but it's all very surreal," said Ms Scully.
"I don't think Alicia relaises what an amazing opportunity to represent her country yet.
"She dances with the McLaughlin Leppard School so she will be able to do that for her special talent and I think she will probably wear an Irish dancing dress for her national costume round too."

Alicia  and her mum have carried out a festive gift appeal for children who will be spending Christmas in Altnagelvin Hospital and will be delivering the toys this Saturday.
It is the second year in a row they have held the present drive.

"We want to make this year extra special as 2020 has been a rough year for kids already, already never mind spending Christmas in hospital," explained Ms Scully.

"Alicia says that this year it is even more important to make the children spending Christmas in hospital happy.
"This has been a very hard year for everybody, without having to spend such a special and fun time in hospital."
Alicia who suffers from severe asthma knows what it is like to spend time on the children's ward.
"She's been in and out of hospital with it since she was six months old," said Sarah Jane.
"There was one year she had to get admitted on Boxing Day, but thankfully it hasn't happened in a while."