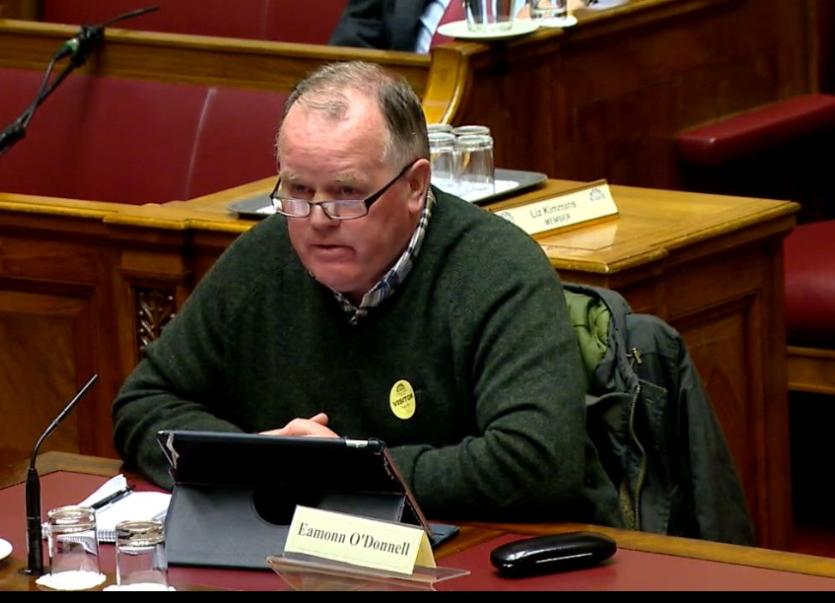 Taxi drivers in Derry who were on the frontline during the Covid-19 pandemic and are now experiencing ‘poverty’ need immediate financial support.

That is the view of those representing the industry who addressed a Department for Infrastructure (DfI) committee meeting yesterday.

At Stormont the DfI and Department for the Economy (DfE) Ministers have apportioned blame to the other for failing to properly support the industry.

Speaking at yesterday’s meeting Sinn Féin MLA for Foyle Martina Anderson said DfI as industry regulator has ultimate responsibility but that drivers should also have been included in a DfE business support scheme.

She described as ‘outrageous’ the current situation facing taxi drivers.

Committee members heard that a taxi driver from Derry, who was on the frontline, died in recent weeks.

There was also a stark warning that many more workers could be left jobless and the very future of the industry is at risk.

Eamonn O’Donnell of NW Taxi Proprietors, which is based at the Rath Mor Centre in Creggan, told the meeting that First Minister Arlene Foster and Deputy First Minister Michelle O’Neill previously recognised the need for financial support and assured taxi drivers that it would be forthcoming.

Both leaders said they would write to the Infrastructure Minister.

Mr O’Donnell said: “We engaged in good faith with the department and told them of the poverty issues out there for taxi drivers.

“Up in Derry we had one company that has closed during the pandemic, we’ve had to get the other drivers under other operator licenses which is hard to do.

“Other operators out there have used their own resources to keep the operation rolling in the absence of support but the coffers are empty.

“Most small operators are in the red and running at a loss, we’ve lost an operator so far.

“We’ve lost a taxi driver, taxi drivers are on the frontline, one of them locally in Derry has died.”

He added that 20 years of work to self-regulate the business could go to waste and some small operators ‘have their house hanging on this’. 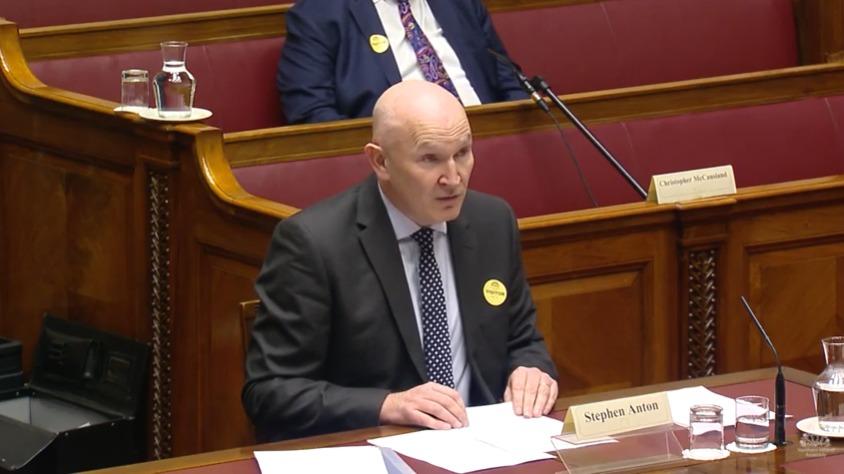 Stephen Anton (above) of Fonacab said he was speaking on behalf of the 40 taxi operators across the country.

During the pandemic taxi operators could not furlough staff and they stayed open to support the community.

Many stopped charging drivers and free and discounted rents are still in place today, he explained.

Drivers took the lead in terms of passenger safety at a cost to themselves.

Before the pandemic the taxi industry was already suffering, Mr Anton said, due a decline in drivers and an ageing driver population.

When Covid hit many chose to self-isolate and because of a considerable drop in earnings despite operators waiving rent costs.

He commented: “A significant number of these drivers will never return to taxiing, with many taking more stable job options or retiring from the industry altogether.

“This is a problem now and will only get worse with concerns being raised about our ability to continue serving our communities and sustain the industry into the future without financial help.

“With reduced number of drivers working and the costs of subsidising those who do operators have had to cut staff, we believe on average by over 30 per cent.

“Some operators can no longer operate 24/7, denying their in many cases, socially disadvantaged communities access to services in society that are not met by other forms of transport.”

It’s not the affluent who will be impacted, he said, but the elderly who need to get to hospital and those working night shifts.

Taxis have taken people for Covid tests and some carry rescue lines in case of a river emergency.

In the North West a number of taxis carry defibrillators to assist the emergency services and have carried meals to the vulnerable during the pandemic.

Christmas may encourage some to return to work temporarily, Mr Anton said, but the prospect of further lockdowns doesn’t bode well for the future of the industry.

Some smaller depots have closed, others will not make it through the next quarter and some have delayed redundancies in the hope of improvement.

“There is very little positivity in this sector for the future.  Services will be curtailed, sponsorship of local communities cut, charitable activity culled, fewer taxis to welcome tourists when the market returns, more pressure on our health service to provide secondary services.

“Who provides transport for wheelchair users, people with sight difficulties and guide dogs, who services rural areas that other transport operators cannot, one commentator on social media even said an increase in drink-driving when there’s no-one to get you home from the pub.”

It will also lead to a rise in ‘unregulated taxis’, he said, and he didn’t see the rationale in excluding the taxi industry from grant support.

Last month a scheme was launched by DfI whereby drivers were each entitled to a one-off cash payment of £1,500, intended to help pay for personal protective equipment and other overhead costs.

However, drivers have said that is nowhere near enough to cover their losses.

Bus operators each got £8,000 for the first vehicle and £4,450 for each additional vehicle with payments capped at £100k.

Committee Chairperson Michelle McIlveen read out a response that she received from the DfI that morning.

It stated that because drivers don’t have premises they don’t qualify for support that is open to other businesses.

The statement continued: “However, taxi businesses or operators who did have premises could have availed of one or other of the business support grants or loan schemes available.

“For those reasons the scheme I put in place is designed to assist taxi drivers who could not avail of the existing schemes and still incurred overhead costs from March until September of this year.

“Taxi operators advised that providing financial support to drivers would also provide indirect support to them by helping taxi drivers remain in business.”

Mr Anton said that was a ‘misunderstanding’ of feedback from the industry.

A lot of drivers ‘are not computer literate’, he explained, and didn’t hear about the scheme resulting than no more than 60 per cent applying whereas if the scheme went through operators every driver ‘could be made aware of it’.

He claimed there was ‘discrimination’ between the coach operators and taxi operators.

Christopher McCausland of Value Cabs suggested that a scheme similar to that given to coach operators should be implemented.

Mr O’Donnell added that hardship funds should also be considered for businesses that are on a ‘cliff edge’.

The industry representatives also said the Department for the Economy was contacted about any financial assistance it could offer but did not provide a ‘meaningful response’.