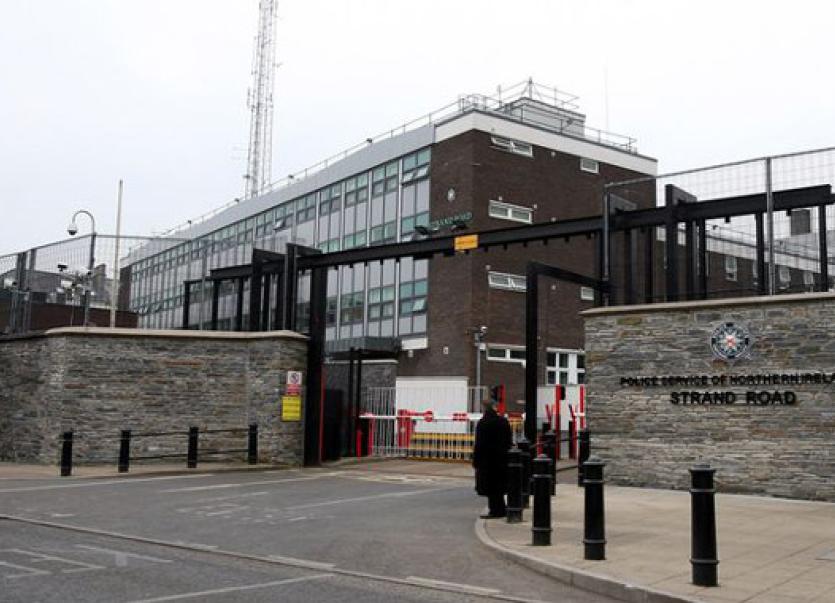 A man who admitted throwing a glass bottle into Strand Road Police Station which hit a PSNI vehicle has been warned he could face a ‘substantial sentence’, a Derry judge has said.

Calum Carruth, 20, whose address was given as Bridge B&B at Dacre Terrace, faces two counts of causing criminal damage to police cars and the theft of a packet of crisps on September 6 of this year.

In addition, he’s charged with resisting and obstructing police on November 1, 2020.

A Public Prosecution Service (PPS) representative said that on the date in question the defendant was captured walking past Strand Road Police Station when he threw a glass bottle over the perimeter wall.

It was said to have landed on the roof of a Skoda police car causing damage and officers in the yard heard it.

The PPS representative said Carruth walked on to a 24-hour shop further up the Strand Road.

Before leaving Sunrise 24-7 the 20-year-old was asked if he had anything in his possession.

He was searched and a packet of crisps was found inside his trousers.

CCTV confirmed that the item was taken from the shop, the public prosecutor said.

Carruth was subsequently conveyed to the local police station a short distance away.

While travelling there he spat inside the vehicle, the court was told.

Carruth was interviewed and told police he doesn’t know why he threw the bottle.

The court heard that he hadn’t taken prescribed medication which is a ‘pretty high dosage’ and had consumed alcohol.

He told officers he remembers throwing it but said ‘it’s a bit of a blur’, adding: “Who in their right mind goes to a police station and throws a bottle.”

The defendant said he intended to pay for the crisps and didn’t remember spitting in the police car.

District Judge Barney McElholm said a formal estimation was supposed to be provided in relation to damage caused to the PSNI car roof.

If it was thousands of pounds it could attract a ‘substantial sentence’ and it was committed whilst on bail, he added.

The District Judge said that if police do not provide a quote he’s going to treat it as damage at the lowest level.

The case was adjourned for one week to get that information.