The project will enable the complete reconstruction of Queens Quay, remodelling of Harbour Square and Foyle Embankment and dual carriageway will be reduced to single lane traffic 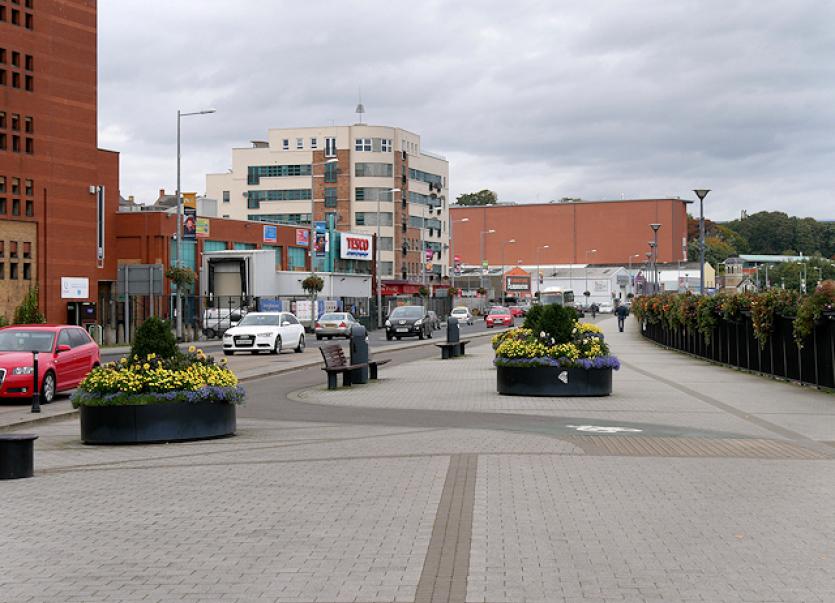 Plans have been unveiled to create a 'world class' contemporary riverfront in Derry which will make the city a vibrant European destination for tourists.

Back in May, the Derry News revealed the council's vision to regenerate Queen's Quay, Harbour Square, Foyle Embankment and Foyle Street utilising funds from the City Deal and Inclusive Future Funds provided by the British Government.

Match funding provided by Stormont amounts to an overall investment of £210m.

With additional funds leveraged from City Deal partners such as Ulster University and the private sector, it is anticipated that figure will rise to around £300m.

As part of those plans council headquarters could move to Foyle Street at a cost of £25m but that is dependent on a number of factors.

Ulster University will receive around £85 for its medical school and innovation projects.

Specific details of other projects have been sparse but today the Derry News can share more information about the flagship riverfront projects.

Information obtained by way of a Freedom of Information request outlines potential plans to reduce the dual carriageway to single lane vehicular traffic to allow the significant extension of pedestrian walkways and cycling routes.

It is seen as an 'infrastructural shift' which is in line with the most current Central Government thinking to ensure that cities are redesigned to thrive and be functionally resilient in a post Covid environment.

The FOI response adds: "The Central Riverfront is an integrated public/private sector development proposition that will create a world class, city centre waterfront and act as the stimulus and the setting for innovation and investment in the heart of the city.

"Alongside the historic Walled City, the new revitalised and rejuvenated contemporary riverfront will create a unique proposition for investors and visitors, while enhancing the quality of life for all who live in the city and region.

"The vision for the Central Riverfront is of a dynamic and re-invigorated urban waterfront that will position the City as a vibrant European destination with heavily engineered roads replaced with tree lined avenues and roundabouts alongside pedestrian friendly civic squares.

"The riverfront will become a lively and vibrant place to be, for every day activity to special events for which the city is internationally renowned."

The council says the Central Riverfront plays a crucial role in connecting all elements of the city centre, old and new whilst also reinforcing the positive relationship between the city and both sides of the river.

The new riverfront would become a 'thriving extension' to the existing city centre and its historic walls.

The Central Riverfront proposal will help 'unlock' the development potential of currently under-utilised riverfront and city centre land assets to accommodate the 'extended city of the future'.

A spokesperson added: "The Central Riverfront therefore presents a unique opportunity for the city, its people and the region to energise the economic, social and physical regeneration of Derry Londonderry.

"The City Deal investment in the Central Riverfront project of £45m will enable the complete reconstruction of Queens Quay and remodelling of Harbour Square and Foyle Embankment.

"This has the potential to unlock private sector development opportunities along Queens Quay, Strand Road, Foyle Street & the Walled City as well as opening up the opportunity for civic/commercial office development on Foyle Street Car Park which along with DNA at Ebrington and the Walled City Project will act as catalyst for the regeneration of the wider city centre.

"The City Deal Central Riverfront project will also potentially release an axis of investment along the riverfront that also includes the new School of Medicine and proposed Innovation Centres of Excellence –THRIVE, CARL, CIDRA."

She continued: "It will facilitate the potential expansion of the university campus to the riverfront as well as innovative proposals at Fort George which will all be subject to business case approvals and wider affordability considerations.

"When combined with wider regeneration projects, it will have a cumulative positive effect on the city centre by boosting footfall, increasing visitor dwell time and tourism expenditure and stimulating further private sector investment as well as playing a crucial role in aiding economic recovery.

"The project has the potential to deliver multiple physical, social, and economic benefits to the city and region including for example: Increased economic activity in the city centre, stimulated by an uplift in footfall, visitor numbers and dwell time;  a potential increase in the amount of new businesses establishing themselves in the area, supported by improved overall business activity; significantly improved physical through the removal of unsightly infrastructure and the introduction of high-quality design and lighting; enhanced pedestrian and cycling environment, as well as public transport facilities, thus increasing a modal shift to more sustainable forms of transportation; and creating a  more connected city."