Care home ordered to close for second time in a year 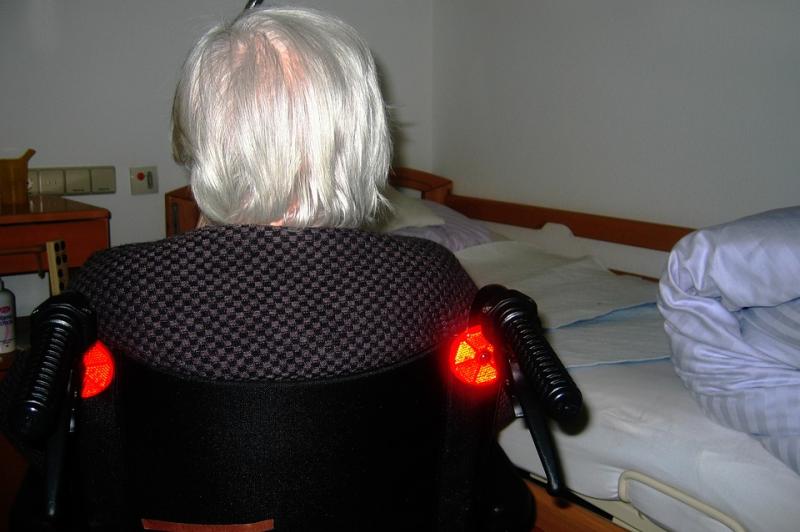 A nursing home which cares for twenty-one residents from the Western Trust area has for the second time in a year been ordered to close by NI’s health watchdog.

The privately-owned Valley Nursing Home in Clogher is geographically located in the Southern Trust, however, 21 of the current 53 residents have had their care there commissioned by the Western Trust.

The Trust was unable to indicate how many of these residents are from Derry citing issues with confidentiality.

During an unannounced inspection by RQIA on October 21, 2020, significant breaches were identified in relation to a number of regulatory standards.

Amongst a host of identified failings were ‘dangerous’ items that were accessible to residents, inconsistent use of PPE and inadequate precautions to manage fire risk.

In addition, the RQIA report cites ‘multiple examples’ of staff not prioritising the dignity of patients including lack of curtains in bedrooms, stained bedclothes and in one case a patient was ‘inadequately attired’ and fully visible to anyone using the car park.

The same home had been subject to non-compliance issues in 2019 and also at the beginning of 2020, when it became the subject of a notice of proposal to cancel the registration of the then provider.

Following the inspection last week, RQIA has given the owners of the home a notice of a proposal to cancel their registration.

Speaking at a Western Trust board meeting on Thursday, Dr Anne Kilgallen, said: “As a result this has created a lot of renewed uncertainty about the future of the home and the standards of care provided to the residents who are accommodated there.

“We have taken a decision in the best interests of Western Trust area residents to begin to source alternative placement options for them.

“This will involve linking with individual residents and family members to identify suitable alternative nursing home accommodation, in the event that this may be required and/or requested during the 28-day notice of proposal process.”

Healthcare Ireland took on a temporary management contract at the Valley Nursing Home in February 2020.

In December 2019, then RQIA Chief Executive, Olive MacLeod (below), labelled the home ‘one of the worst we have seen in Northern Ireland’ and said that patients had been ‘failed by management’. 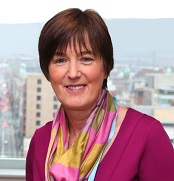 A notice was subsequently served on its then owner-operator MPS to close the home.

It has remained under the ownership of MPS during the current interim management and operation contract.

A spokesperson for Healthcare Ireland said it has taken its obligations at the Valley Nursing Home ‘extremely seriously’.

When the RQIA inspected the home for the first time under Healthcare Ireland’s management in June 2020, it noted ‘significant improvements’ in management and governance, including many aspects of care, records and patient activities.

It met 35 out of 38 areas for improvement from the previous inspections of December 2019.

“A list of improvements to the building and environment were noted and agreed with the RQIA and these were forwarded to the owners for approval of costs.

“The terms of Healthcare Ireland’s contract with MPS included an undertaking by them to fund the necessary structural improvements, however this investment has not been made.

“The outcome of the most recent Inspection (October 21) is very disappointing for the 52 residents of the home and for the staff, who have committed fully to training and improvement under Healthcare Ireland’s operation.

“On the day of the inspection, 20 of the home’s core 70 staff were absent, either having tested positive for COVID-19 or self-isolating as a result of contact tracing.

“There was therefore an unusually high proportion of agency staff who were unfamiliar with the home.

“This is an inevitable but unfortunate consequence of the staff shortages which are being felt at the current time throughout the nursing and care home sector.”

In addition, she said, the extra staff time to carry out and process COVID testing of all residents and staff is impacting heavily on management time and resources - it requires one full day for a manager, two nurses and an administrator every time testing is carried out, which in the case of an outbreak can be twice in a week.

“This combination of factors has produced an extremely challenging set of circumstances.

“Immediately following the RQIA inspection on 21 October 2020, Healthcare Ireland took action to address all of the issues raised on the day and in particular to address fire safety concerns,” the spokesperson continued.

“Healthcare Ireland wish to assure residents and their families that the measures to ensure their health and safety have been prioritised and are being fully addressed.

“Healthcare Ireland will respond to the RQIA’s proposal to de-register them as operator within the 28 day notice period.

“All decisions on the future of the home and its residents will be taken by the Trusts and the RQIA.”