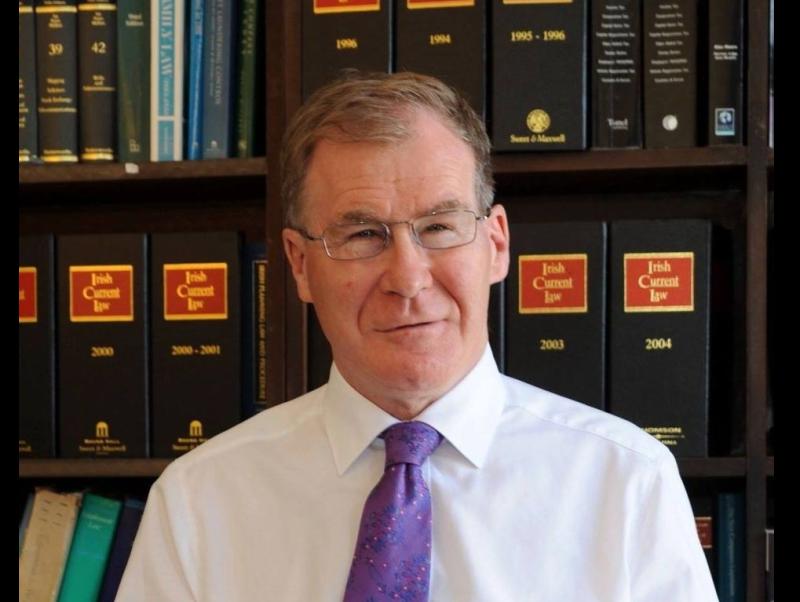 A member of the Irish parliament has reiterated his support for a John Hume Memorial University saying it could benefit Derry in the same way university expansion enabled Cork to prosper.

In the coming days Cork-based Fine Gael TD Colm Burke will be raising the issue of a cross-border university with the intention of having it adopted as party policy.

His party colleague and Minister for Further and Higher Education, Simon Harris, is also ‘very enthusiastic’ about the project.

Mr Burke is then keen to progress the issue by working with political parties and institutions in Northern Ireland.

In the Republic of Ireland there has been a drive to rebalance the economy by investing outside of Dublin and the east coast – Cork has thrived because of that approach.

It is on course to become the fastest growing city in Ireland over the next 20 years.

Some Derry politicians have called for the same sub-regional strategy in Northern Ireland to assist economic growth outside of Belfast.

Mr Burke said it might seem unusual that a Cork man is taking such an interest in a North West university named in honour of John Hume but he believes steps must be taken towards an all-island community.

As Lord Mayor of Cork in 2003/04 when John Hume retired from politics, Mr Burke said it was decided that the former SDLP leader would be awarded the Freedom of Cork City for his contribution to the peace process in Northern Ireland.

Expanding on the need for all-island collaboration, Mr Burke made reference to the Washington-Ireland Programme for Service and Leadership (WIP).

It is a six-month programme of personal and professional development that brings university students from Northern Ireland and the Republic of Ireland to Washington DC for summer internships and leadership training.

“In relation to the whole island of Ireland, we’re not doing enough in terms of promoting working together,” he added.

Using sport as an example, he said the Ireland rugby team has proven successful because it’s a cross-border effort whereas the same approach is not adopted for the football team which limits its potential.

While Lord Mayor of Cork he said a programme was set-up whereby people from Shanghai do a four-year course consisting of three years at home and one year in Cork, and vice-versa for their Irish counterparts.

These students help to create links between businesses in Ireland and China.

The same structures could be built between higher education institutions North and South of the border, he believes.

A North West university could link Ulster University’s Magee campus and North West Regional College in Derry with the Institutes of Technology in Letterkenny and Sligo.

It is his ‘strongly held belief’ that the educational, social and economic benefits of a full university in the north west of Ireland are compelling.

“Have we ever done an analysis of where people from Sligo and Donegal are going to university, wouldn’t it be far more accessible for them to be going to Derry instead of say, Dublin or Galway.

“There’s a natural hinterland in the North West.

“Accommodation would also be cheaper in Derry than Dublin,” he added.

Given that John Hume’s philosophy was based on transcending borders and fostering links between Derry, Europe and the U.S., Mr Burke believes the peace-builder’s standing in world politics would attract investment.

Mr Burke was a member of the European Parliament for the Ireland South constituency between 2007 and 2009.

With Brexit fast-approaching there is an issue with accessing EU Peace Funding while NI sits outside of the trading bloc, but he said, projects are funded outside the EU under different programmes.

He also believes that if the university was set-up as a memorial to John Hume that the Irish diaspora in the U.S.A. will become ‘very involved’.

America has been known to provide conflict funding, Mr Burke said, and Derry could be used as a city to promote peace and conflict resolution.

Mr Burke said: “The legacy of John Hume and the international respect that he achieved and gained because of his work would make it interesting in terms of accessing U.S. funding like that.

“Having the John Hume connection will open a lot of doors.

“Once you get funding from one side you’ll find that more will follow.”

A Peace and Conflict Studies course was based at Magee and had a Chair named after John Hume and American politician Thomas ‘Tip’ O’Neill.

It attracted international support and speakers such as U.S. president Bill Clinton to Magee before it was relocated to Belfast a number of years ago.

Cork has experienced significant growth in recent years and benefited from U.S. investment.

Nine of the top ten pharmaceutical companies in the world are based in Cork, Mr Burke explained, and that could become even more attractive to American investors when the UK exits the EU as it leaves Ireland as the only English speaking country in the EU with access to a market of 450 million people.

Cork has around 35,000 university students compared to just over 4,000 in Derry.

Speaking of the benefits those students bring, he said: “It’s huge, the population of Cork has gone up by 130,000 in the last 30 years.

“As a county we’re growing substantially, part of the reason we’re growing is because there is such access to highly qualified people in the whole area of bio-science.