‘Install speed bumps before there is a fatality’, urge residents 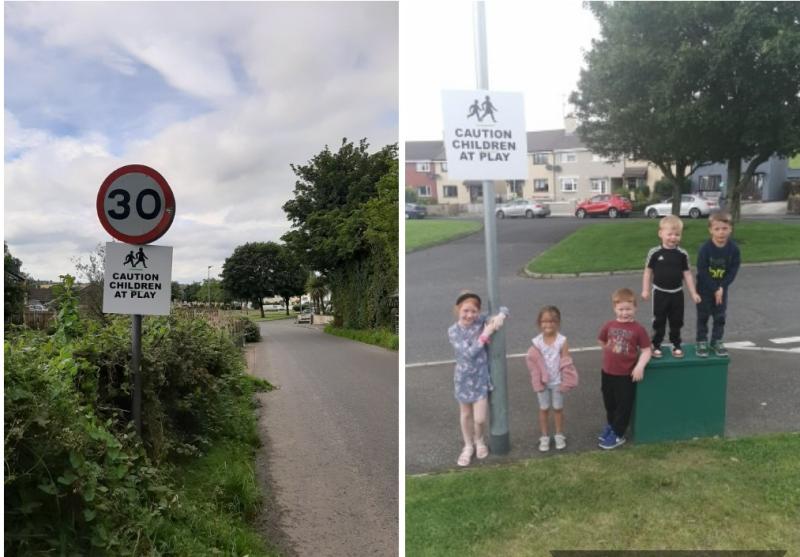 Residents of a street on the outskirts of Derry have called for traffic calming measures to be installed before a child is killed or seriously injured by speeding drivers.

People living in the Nixon’s Corner area of the city have been campaigning for the introduction of safety measures for 15 to 20 years.

A lot of young children live in the area who cross the road to play in nearby fields, he explained.

Residents have claimed that too many road users are not adhering to 30mph road signs with some driving twice the speed limit.

Mr Stewart wants the Department for Infrastructure to act by installing additional speed bumps and signage before there is a ‘fatality’.

“A lot of people use these roads but don’t adhere to speed limits and they don’t seem to care what we think.

“What is going to happen is there will be a fatality or serious injury on these roads and then they’ll react.

“None of us want to see that happen so the department has to act now.”

He added: “Residents like Tommy Hunter have fought for safety measures for the last 20 years, they feel like it’s a forgotten area.

“At the minute every time the children want to go out all the parents have to watch them 24/7.

Independent Councillor Gary Donnelly has raised the issue on behalf of residents and erected signs in the area to alert road users to children at play.

The entire street are eager for safety measures to be put in place.

Another parent living at Nixon’s Court, Kitty Kirk, reiterated the point that people are breaking the speed limit along the narrow back roads.

She said: “Sometimes they don’t seem to realise it’s a 30mph zone because there are no signs and if there are they’re covered by trees at this stage.

“It is so dangerous, if a child ran out on to those roads there’s no way the cars would stop.

“We have all sorts of vehicles driving through this wee area and before they reach the speed bumps they’re usually travelling at 60mph or 70mph and some of them don’t even slow down when they reach them.

“I would love it if they introduced some sort of one way system to make the road safer because they are not wide enough for two cars at a time, especially big lorries and tractors.

“These lorries fly down the road, at one stage we had a meeting and they slowed down but now they’re back to their old ways.”

Cllr Donnelly said he spoke to the Road’s Service but was told that no contractor wanted to take on the job.

It has to be repackaged with other work and put out to tender again, he added.

The reality is, Cllr Donnelly said, the longer it drags on the more it ‘puts children’s lives at risk’.

A Department for Infrastructure spokesperson acknowledged that there are ‘two outstanding traffic calming speed humps’ to be provided to complete the Nixon’s Corner – Brae Head Road traffic calming scheme.

“The Department apologises for the delay in having this work completed, and hopes to complete this work in the coming weeks.

“The traffic calming road hump warning signs will be relocated to accommodate the revised layout,” he concluded.