Wheelchair users in Derry hit out at irresponsible dog owners 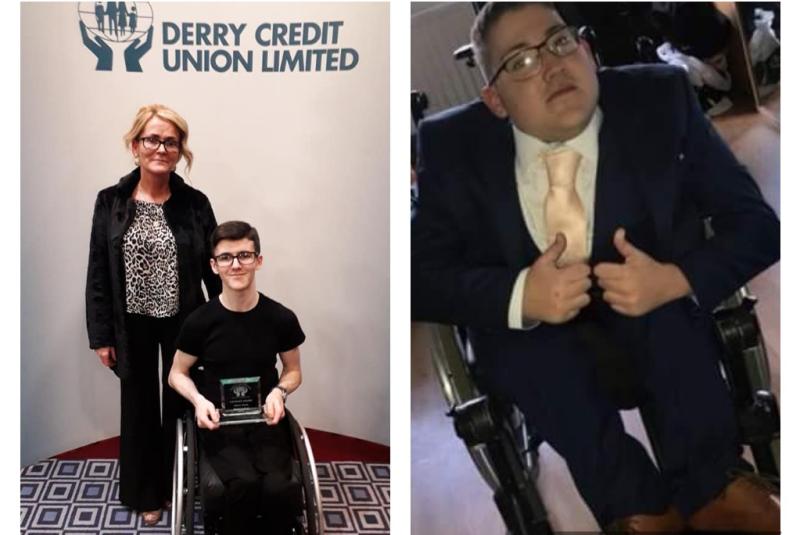 Wheelchair users in Derry have hit out at irresponsible dog owners for failing to clean up after their pets.

Two young men living in the Brandywell and Creggan areas are having to clean dog dirt off their wheels on an almost daily basis.

It is a constant nuisance, and they are fearful of dragging it through the house where other young family members could be endangered.

Nina Wade, whose 19-year-old son Dylan was left paralysed after falling from a tree in St Columb’s Park in 2016, said she had to speak out about the issue.

They moved into Brandywell Avenue three and a half years ago.

Dylan gets a taxi outside his house to go to school but often has to turn back to change his wheel after running over dog excrement.

He faces the same issue at the front of the house where he plays basketball.

Ms Wade has grown increasingly frustrated, she said: “It just isn’t fair, it has gone on too long.  And dogs are jumping over my railings and doing it in the garden now as well.

It has been a long-running problem since she moved in and although the local council initially made efforts to clean a nearby laneway, Ms Wade said workers haven’t returned for months.

The dog’s dirt is being hosed down the street and ending up outside her property, she added.

“My wee boy will not enter that laneway and I’ve asked for a transfer to get out, I’ve had enough.

“He can’t even go out and play basketball.”

Dylan is currently studying an LLS sports course with ambitions of becoming a coach and on his first day back the wheelchair had to be brought back in to the house for a wheel change.

Ms Wade said: “I’ve been getting bags and lifting it myself but I’ve just had enough now.”

CCTV cameras had been discussed which Ms Wade is unsure of, but she would be in favour of fines to deter repeat offenders who refuse to clean up after their dogs.

Creggan resident, Jim O’Brien, 20, said incidents of dog fouling in the estate are a ‘really, really bad’ particularly along the Central Drive area close to the shops.

Jim has spina bifida and uses an electric wheelchair.

“It’s not nice because whenever I’m out you can’t see it and I’m driving over it in my chair,” he explained.

“Then I’m trailing it back into the house and I’ve got wee nieces and nephews who come in to see us.

“They could stand on it or touch it and put it into their eyes or something, it’s really dangerous, not just for me but for other people too obviously.”

He added: “It’s been an ongoing problem around Creggan for ages.

“I’ve raised it with representatives before but I’d 100% like to see the council do something about it by cleaning the area more often.”

Independent Councillor for the Moor area, Gary Donnelly, has been assisting the families, he said: “Dog fouling has become a plague in a lot of areas, it can lead to huge health and safety issues and can have very serious consequences.

“Some children have been sentenced to a lifetime of darkness after losing their sight due to the irresponsible actions of dog owners.

“Dog owners need to take responsibility for their pets. The issue needs to become socially unacceptable and these examples highlighted show the effect that dog fouling can have.”

A spokesperson for Derry City and Strabane District Council confirmed that it has increased its monitoring of the Brandywell and Creggan areas following an rise in cases of dog fouling in the area.

A number of ways to reduce the problem are currently being considered including signage and the installation of CCTV.

“Members of the public are encouraged to contact Council when they witness dog fouling offences and every effort will be made to identify the responsible dog owners. “This information is treated confidentially.”

The spokesperson added: “Council remind dog owners that if they are observed failing to clean up after their dog that they will be issued with an £80 fixed penalty notice.

“Council's street cleansing operatives service all public areas on a daily basis, although there are some areas they cannot clean as the land is in private ownership and responsibility for removing any waste lies with the owner.” ​