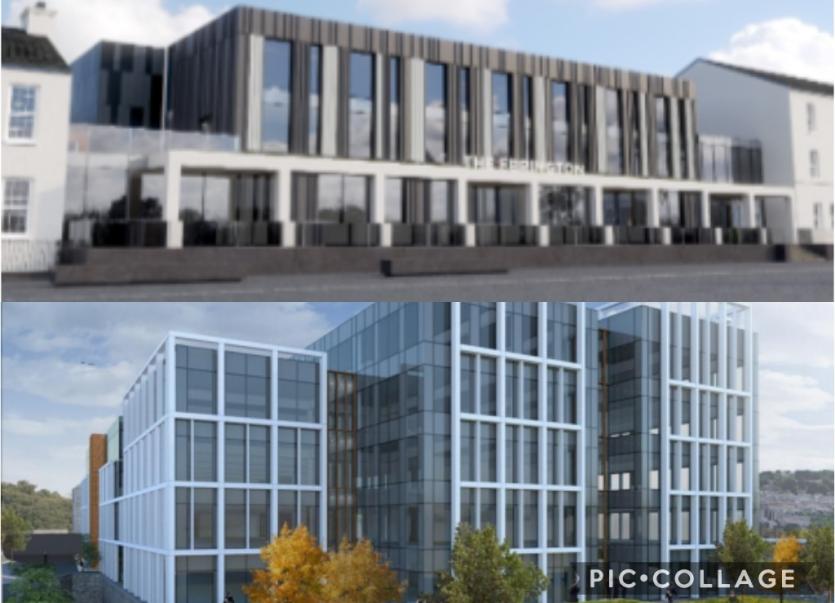 Plans for a 4-star hotel and Grade A office space at Ebrington have been rescheduled because of the Coronavirus pandemic, the Derry News can reveal.

The public health crisis has also delayed a number of projects that were expected to open in this spring and summer.

Construction of a 4-star, 152 bed resort hotel with spa and leisure facilities overlooking Ebrington Square was set to start in May 2020.

It has been delayed for at least seven months due to both the health and economic implications of COVID-19.

Works are now planned to start in early 2021.

Grade A offices next to the Waterside Roundabout were due to open in mid-2021.

It has the potential to accommodate up to 400 staff.

The developer Heron Property Limited received planning approval from the Department for Infrastructure in September 2019.

Construction works started last December but ceased in March due to COVID-19.

Works are programmed to start in the coming days and the building now has a revised opening date of February 2022.

On a positive note, the Kevin Watson Group moved into a building on the site in February.

Residential, commercial office space, childcare and creative industries space are nearing completion with the first tenant due to take up occupation in late September 2020.

However, plans for the opening of a café and bike hire business have been postponed until January 2021.

Other planned openings including a licensed restaurant and bar and a convenience store will take place next year.

The lack of development at the site has been heavily criticised in the past.

The former military base was gifted to the city in 2003 by the Ministry of Defence.

Urban regeneration company, Ilex, was established to undertake development of the site but it was shut down in 2016.

At present there is a creative industries hub, the Walled City Brewery, Stables Inn coffee house and bistro, small-medium enterprises in a building and Glen Caring occupies a small unit.

Numerous buildings remain vacant with plans for a Maritime Museum dragging on and those for a distillery scrapped.