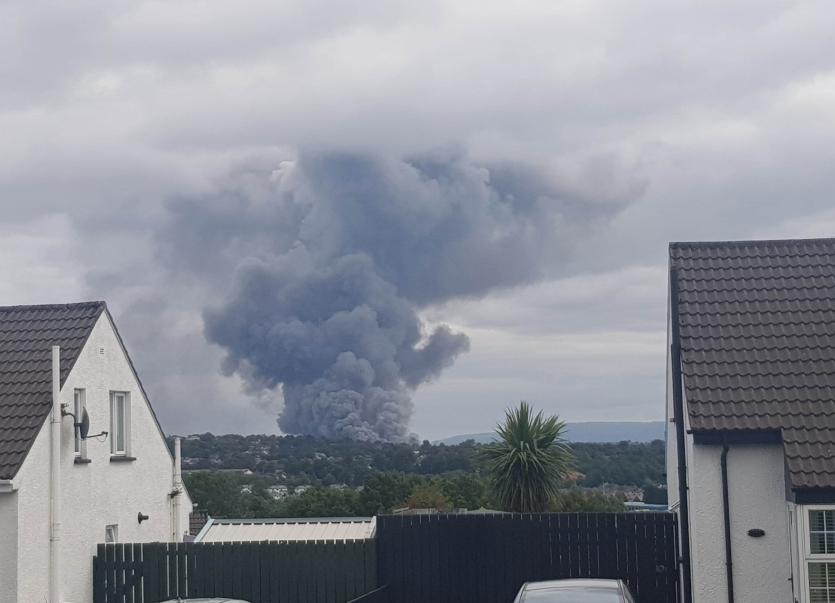 Fire crews from across the North West are currently working to contain a large fire at Foyle Port.

Twelve appliances including those from the city, Limavady, Coleraine and Dungiven are all in attendance.

Huge plumes of smoke could be seen at the other side of the city after the alarm was raised just before 11am.

Local residents have been advised to keep their windows shut.

“Crews are currently involved in firefighting activity to contain a fire within a large grain shed and are working closely with the Harbour Master to deal with the situation.

“We would ask everyone to avoid the area to allow our crews to combat the fire and local residents are advised to keep their doors and windows closed.”