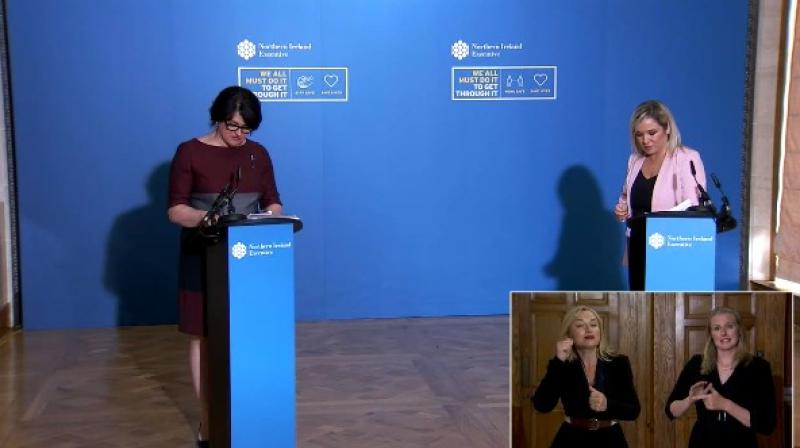 The First and Deputy First Ministers have today announced a further easing of restrictions in Northern Ireland which will allow society to return to some form of normality.

Speaking at a COVID press briefing First Minister Arlene Foster said places of worship should plan on the basis of reopening from the week beginning June 29.

The Executive will confirm that date next week depending on the virus remaining under control, she explained.

Hairdressers, barbers and salons can aim to open provisionally from Monday July 6.

In the education field it has agreed targeted activity to support the most vulnerable children and the eat well programmes will ensure that up to 10,000 children will receive at least one free meal throughout July and August.

Key workers will be sign posted to child care over the summer months.

Guidance will be issued to schools shortly on measures for returning in the Autumn.

Years 7, 12 and 14 will return a week early on August 24 and schools have been asked to plan on the basis of one metre distancing.

This will allow school attendance to return close to normality.

Each class will form its own protective bubble.

Deputy First Minister Michelle O'Neill said a package of measures have been announced to support families and young people.

She said the easing of restrictions is a positive step for society and the well-being of the population.

The Deputy Fist Minister advised businesses to put measures in place for a safe reopening.

Considerations are being given to relaxations around weddings, funerals and other ceremonies.