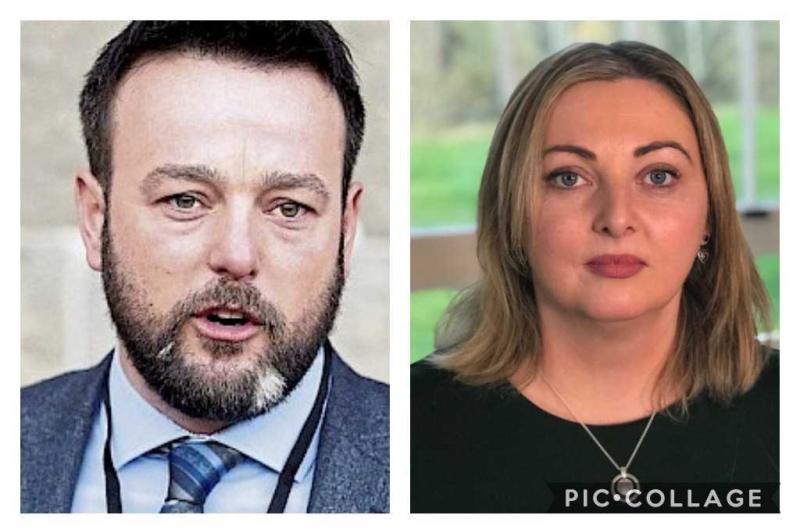 Derry representatives have disagreed as to whether the Magee Medical School will be delivered on time to accept students in September 2021.

It comes after First Minister Arlene Foster told a Stormont sitting on Tuesday that she ‘does not intend to make any announcement about the date of first intake until all the necessary preparation work has been completed’.

Speaking to the Derry News yesterday, Sinn Féin MLA Karen Mullan reiterated the point that students will enrol next year.

Karen Mullan said the announcement by Michelle O’Neill on May 18 was made ‘on behalf of the Executive’ which involves the five main parties.

That was needed to allow Ulster University to move on to the next stage of the General Medical Council (GMC) accreditation process.

She added: “I know people may feel frustrated if there is no commitment in terms of dates and movement but there are no concerns at this stage on our part that the work isn’t being done.

“That’s not to say it hasn’t been difficult but there are no concerns from the university either, they have everything they need to progress through the GMC stage.

“And even when we get to the next point on this journey when we will have applications out there is so much work, it is a long-term project.

“The initial intake is for 70 students but that will increase over five years and we need a financial commitment to resource that for every year and work on the wider expansion of Magee.”

A General Medical Council spokesperson confirmed that the next date to comply with is the Graduate Medical School Admissions Test (GAMSAT) application process in July.

A GMC spokesperson said: “There are stages that must be completed, required for all new medical school applications, before students can be recruited.

“We will decide on the readiness of the University of Ulster to accept students in September 2021, by the end of this July.”

Since the May 18 announcement, key players in delivering the project including the Economy Minister Dianne Dodds and Arlene Foster have spoke of ‘significant work’ and risk assessments that must be carried out before they can commit themselves to a date.

Karen Mullan said that it is ‘difficult’ when there are ‘dissenting voices’ and it ‘does create that sense of fear that is out there’.

She recognised that work still has to be done to get it over the line and ‘you can’t mitigate against something that is out of everybody’s control’.

Asked is Sinn Féin is facing resistance from within the Executive Karen Mullan was clear that all parties signed up to the commitment laid out in the New Decade, New Approach document towards Magee.

But she acknowledged that Magee is not a priority for other MLAs who are focused on their own constituencies.

SDLP Leader, Colum Eastwood MP has expressed concern that the First Minister was unable to give SDLP MLA, Mark H Durkan, a cast iron guarantee that the Magee Medical School would be ready to open in September 2021.

The Foyle MP said: “The SDLP have been campaigning for Magee expansion for many years and we secured a ringfenced funding commitment as part of New Decade, New Approach. We also worked hard to secure a commitment to supporting Magee expansion in the draft Programme for Government in the south.

“The money was made available and in the months that followed, we urged the DUP and Sinn Fein to make the necessary decisions and get this project delivered.

“Not only did we find ourselves rebuked as negative when asking practical questions, we were told that it was a done deal.

“Clearly, it is not as the First Minister was unable to provide these basic assurances today in the Assembly Chamber, when questioned by my colleague Mark H Durkan MLA.

“We will continue to fight for the Medical School and a fully expanded Magee campus. We hope that it will still open next year, but this latest statement from the First Minister makes it more difficult.

“At very least, the people of Derry deserve transparency and honesty from those holding the most senior positions in the Executive."

SDLP Economy Spokesperson, Sinead McLaughlin MLA added: “This is a very disappointing lack of clarity and to be blunt, I'm angry about it. We were promised the Magee Medical School was coming next year and now we are not sure.

“We have to invest in training more doctors to reduce locum costs and to strengthen our health service. Covid-19 demonstrated the need, but it looks likely that Derry and the North West will be let down by the DUP and Sinn Fein, once again.”