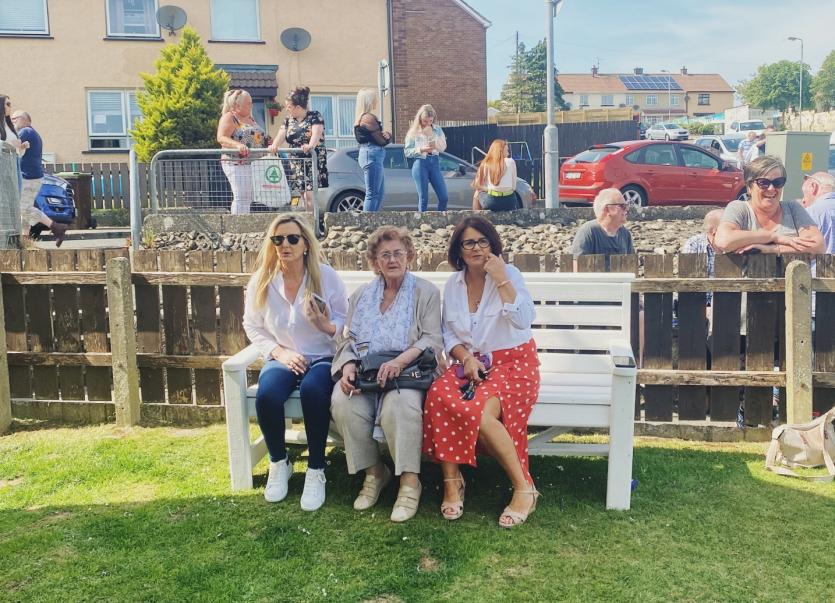 The family of IRA man George McBrearty remembered him at the weekend and said plans are afoot for a ‘big’ public commemoration on his 40th anniversary next year.

New York lawyer and veteran Irish Republican Martin Galvin, also sent a statement in which he speaks of the need to make ‘steps towards nationalist unity’.

George McBrearty (24) was shot dead alongside Charles ‘Pop’ Maguire (20) as the pair approached a car at Lone Moor Road on May 28, 1981, at the height of the Long Kesh hunger strikes.

Traditionally, family and friends assemble at Rathkeele Way to mark his anniversary but due to the Coronavirus pandemic it was a low-key commemoration this year.

George’s brother Danny chaired the event and his son of the same name read out a speech from Mr Galvin.

Steven Ramsey read out the roll of honour, while friend of the family Paddy Brown recited the Irish Proclamation.

The family received more floral tributes this year than at any other time.

Speaking at the event, Danny said: “In recent times the people of Derry, Belfast, and throughout the country have seen a sustained campaign led by Tory MPs, veterans of occupation forces and their unionist allies using slogans like ‘our soldiers are heroes not criminals’.

“These are the soldiers who before our very eyes murdered and wounded our peaceful citizens on Bloody Sunday, Ballymurphy and elsewhere in our country.

“They are trying to block the HIU and other genuine inquiries into their behaviour because they will reveal in many instances, the facts are that British and crown forces are criminals, not heroes!

“We cannot ever forget our real heroes, who were all those like George and Pop, who despite overwhelming odds rose up to liberate Derry and the six counties from British rule and sectarian injustice.”

He continued: “Therefore in a way we are obligated to hold this ceremony and future commemorations.

“We will ensure that our Irish patriots will never be forgotten, they are the real heroes.

“A lot of us here today will always remember the month of May 1981, Bobby Sands, Francis Hughes, Ray McCreesh and Patsy O’Hara died on hunger strike.

“Then George and Pop were mortally wounded by the SAS.  How can we ever forget their sacrifice?

“The McBrearty family are already planning a big public commemoration to remember the 40th anniversary of George, Pop and all the hunger strikers and of course the 30th anniversary of our brother, and my mother’s son Pat.

“Finally, the family want to send a message of appreciation to all the health workers, some of which are family members, who despite personal risks, are working to protect us all in these times.

“We also gratefully remember our comrade Maurice Healy who was a guiding hand in the building of the Vol. George McBrearty commemoration.” 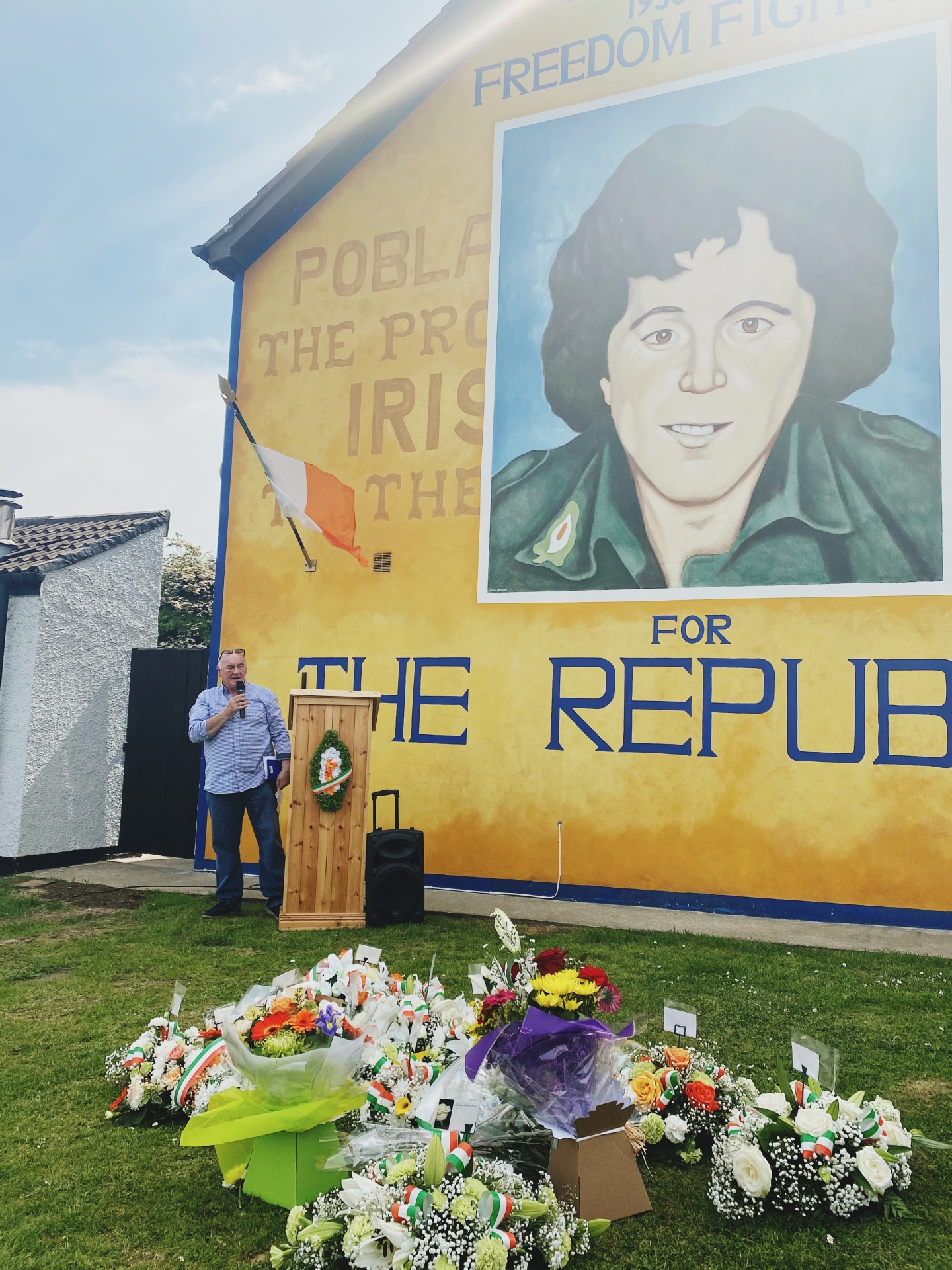 Above: George's brother, Danny, who chaired this year's event pictured in front of floral tributes.

Martin Galvin expressed disappointment that he couldn’t attend this year.

He did however send a message from New York, a city badly affected by Coronavirus which is gradually emerging from lockdown.

In it he praised the McBrearty family and spoke about the steps that are needed to bring about a united Ireland.

Mr Galvin stated: "A vital part of this commemoration usually occurs when the McBrearty family personally hands written invitations to diverse Republican, nationalist, ex-pow and civil rights groups in the city, alongside publicly inviting anyone who wants to remember Irish patriots with pride.

“Every name on the Derry role of honor is read and remembered. The underappreciated hardships and heartaches suffered by all the families of these patriots are remembered.

"I applaud the McBrearty Family for showing that even in today's dire circumstances, Derry does not forget those patriotic men and women, who in terrible times against great odds and British terror, gave their lives so Derry and the six counties could take their rightful place in an Ireland free of British rule and injustice.”

"Arlene Foster believes and boasts she will never see a border vote in her lifetime, much less a united Ireland. Her words are shared and encouraged by British officials.

“If we are ever to prove them wrong, we will need to work for and achieve the sort of unity which the George McBrearty Commemoration exemplifies. We saw that type of unity, inspired by the Hunger Strikers in 1981.