All proceeds from the crotchet rainbows will go to the NHS 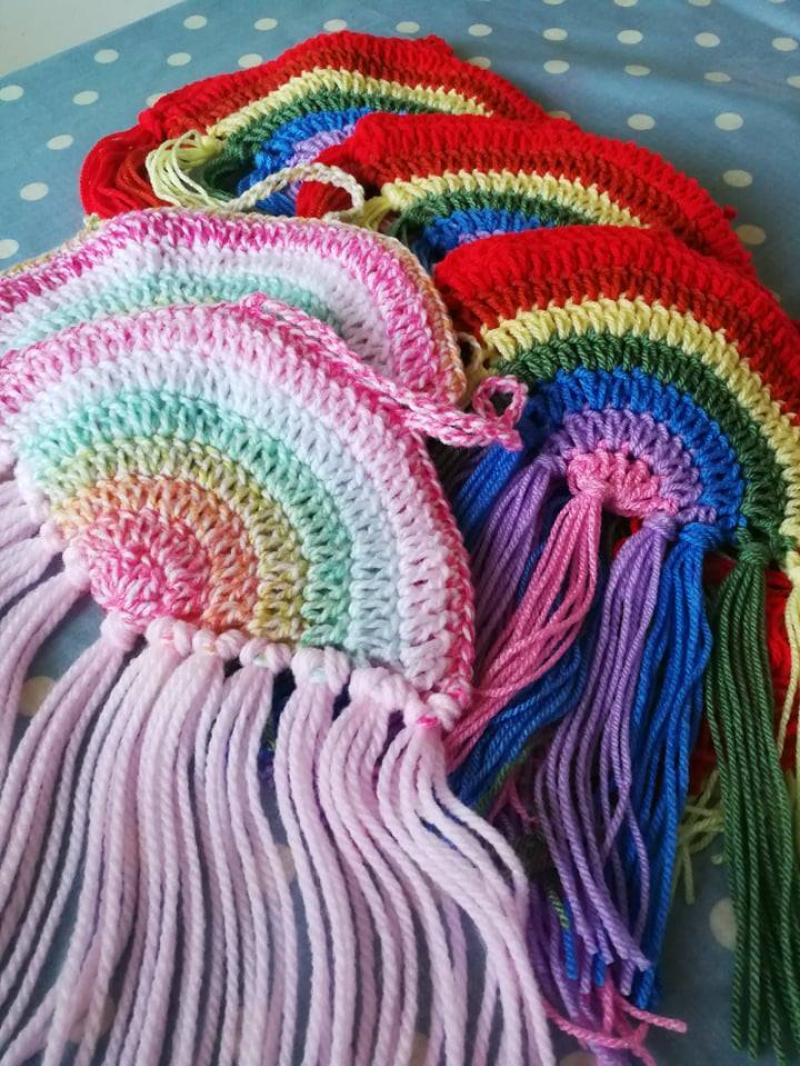 Sarah's beautiful crochet rainbows are available in pastel and traditional colours from her 'Hookywork' Facebook page.

A busy Derry mum of five is raising money for Atlnagelvin Hospital's Children's ward to say thank you for the life changing treatment her son received there last year.

Sarah Serna's eldest son Joseph, 14, was suffering from spontaneous pneumothorax, which causes  the sudden onset of a collapsed lung without any apparent cause.
Thanks to the expert care he received at Altnagelvin's children's day case unit and on the children's ward he was put forward for surgery in Belfast and has now fully recovered.
"The staff at Altnagelvin went above and beyond to do everything they could to ensure our son received the best care in what was a complex case," explained Sarah.
"Dr Corrigan, Dr Armstrong and Nurse Sharon Hall made sure he got the treatment he needed.
"It was a very scary time because it was a spontaneous condition and could happen at any time.
"After Joseph's first surgery he went back for a check up which showed his second lung had collapsed without us even knowing, so he had to have a second surgery."
Sarah, who has four other boys aged 10,7,4 and 1 said she is very grateful for the care and attention the family received.
"I'm so glad that Joseph had his surgery when he did because of everything that is happening now with the coronavirus.
"My youngest was just six weeks old when he had his second operation and the staff just couldn't have done enough for us.
"It was important for us to know he was in such safe hands."
In recent weeks Sarah, who also runs a small crochet business 'Hookywork', had received requests for crochet rainbows to support the NHS.

"It didn't feel right to charge for them given everything that is going on, but then I had the idea that I could sell them to raise money for the children's ward," she explained.
"We will always be forever grateful and thankful to every one of the staff there.
"And so, this is a little way of saying thank you by donating whatever I can raise by making rainbow decorations.
"Every pound raised will go directly to them."
Sarah, who is entirely self taught, is combining her crocheting with looking after her five boys.
"I got interested in crocheting whilst searching for a hobby which would keep my brain active as well as enable me to produce something tangible and beautiful," she explained.
"I started by watching Youtube videos and I thought I'd never get the hang of it but then the penny dropped.
" I am always learning new techniques and am now starting to write my own patterns and designs.
"I feel very lucky to be a part of the crochet community, it has given me purpose and pride to create things which become a part of memories to be treasured forever. "
Sarah's crochet rainbows are available to buy from her Facebook Page 'Hookywork' at a suggested donation of £10 and can be delivered within the Derry area, or posted further afield.